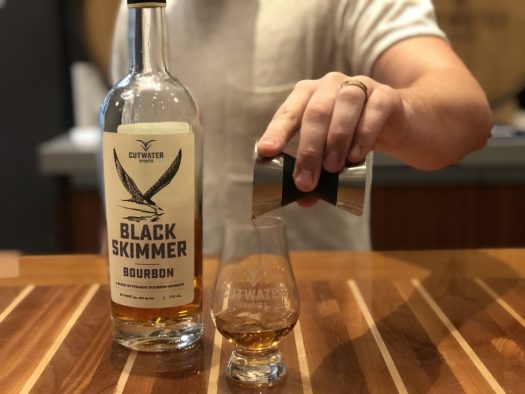 You’ll find Cutwater Spirits in San Diego, California, a town better known for cold beer than craft whiskey. If the name sounds unfamiliar, that’s because it was a spinoff of Ballast Point Brewing. Now an independent entity (with a new name), the company has been busy turning out everything from vodka to gin to canned cocktails to these craft whiskeys.

We’ll be revisiting Cutwater more in the future, but for now, let’s take a look at its two flagship whiskeys. Thoughts follow.

Cutwater Spirits Black Skimmer Bourbon – Cutwater’s bourbon is a “blend of straight bourbon whiskeys” produced “in concert with some of our favorite whiskey distillers.” In other words, this is a NAS bourbon that is made with some of Cutwater’s own production and some bourbon sourced from other distilleries, though the identity of those distilleries and the proportions of the blend are a mystery. Either way it’s a fairly youthful mix, the nose featuring lots of lumberyard notes and a moderately smoky quality reminiscent of tobacco and smoked meats. There’s a modest paint thinner element here as well. On the palate, the bourbon shows off cloves and bacon, plus some camphor, but tons of wood remains on the tongue, creating a rather drying body. The finish finds sweetness emerging rather late in the game, a caramel and vanilla grace note that eventually soothes a whiskey that can initially be a bit on the tough side. Interesting on the whole, though not a game-changer. 90 proof. B+ / $55

Cutwater Spirits Devil’s Share Single Malt Whiskey 4 Years Old – 100% brewer’s malt, mashed and distilled in a Vendome column still, then aged in a new, heavy-char oak barrel for four years. That sounds like a recipe for trouble — malt barley and new oak aren’t happy bedfellows — but Devil’s Share does a credible job with the combo. The nose is burly with wood, all but masking the delicacy of the malt underneath. Give it time and aromas of cinnamon rolls and lemon oil percolate up, though they’re overwhelmed by a heavy, encompassing ethanol heat. The palate finds better grounding, with a surprisingly sweet attack that folds in a significant spice character, plus notes of sandalwood, butterscotch, and red pepper. There’s a real wood influence here, but I can’t quite decide if there’s too much of it, or not enough. I’d lean toward a lighter char in any case… or perhaps a nice wine barrel to finish things off? Surprisingly thought-provoking and engaging, though it’ll cost you a pretty penny. 92 proof. Reviewed: Batch #03. A- / $120 [BUY IT NOW FROM DRIZLY] 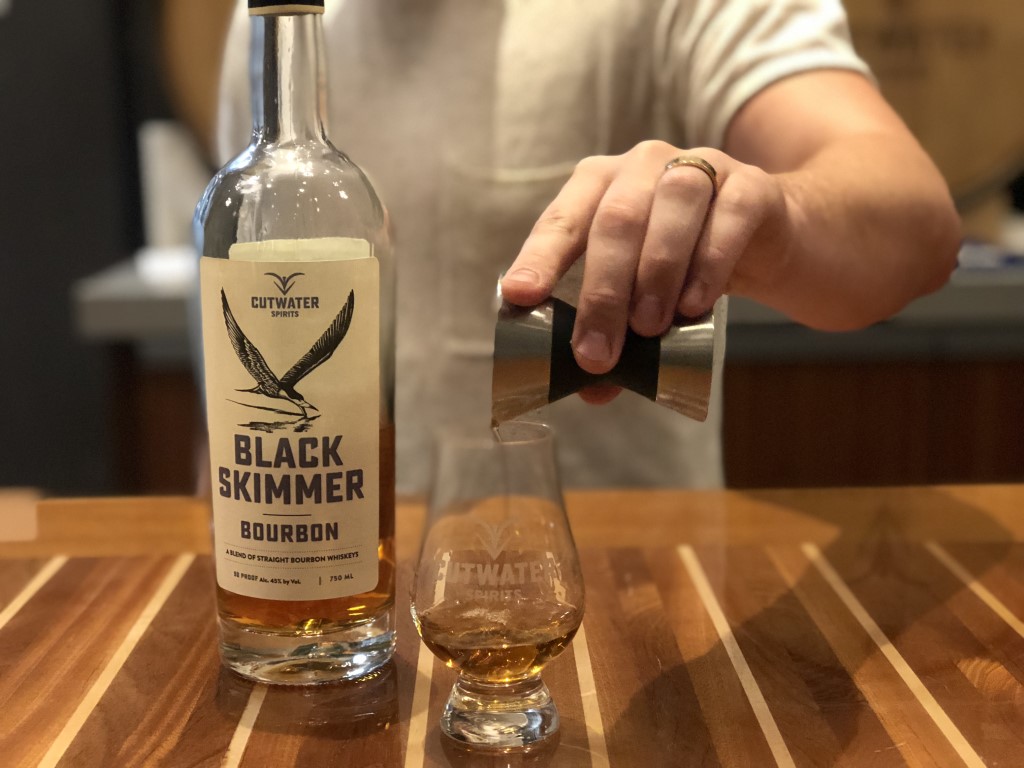