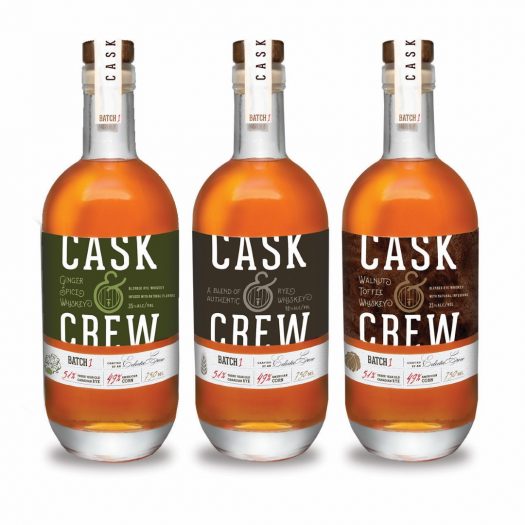 Order a “caffè corretto” in Italy, and you’ll get an espresso with a kick of something extra. ­The legendary drink was the inspiration for Cask & Crew whiskey, an imaginatively crafted and inventively flavored premium brand that LiDestri Spirits calls a “whiskey corrected.”  Not that it needs correcting; the word communicates the infusion of flavors that unite, yet respect, the whiskey’s blend of rye and corn.

Such is the tale behind this new whiskey brand from Rochester-based LiDestri — and one which begs the question, “Does whiskey need correcting?” Flavored whiskey is always a controversial topic, but Cask & Crew at least is releasing the unflavored expression alongside the two flavored versions (which are based on the same initial product, and dropped down to 35% abv). We tried all three. Thoughts follow.

Cask & Crew Rye Whiskey – This youngster is a blend of 51% three year old rye from Canada and 49% barrel aged American corn whiskey (age unstated). As young stuff goes, it’s got a surprising amount of life to it. The nose is a bit heavy with maple syrup notes, plus layers of brown sugar and popcorn. The palate is heavy with popcorn, but quite sweet as well, with some savory herbs and cola notes mingling with the sugar. The overall impact is perfectly acceptable as a mixer, and at least approachable on its own as an exemplar of a relatively immature — but flavorful — spirit. 80 proof. Reviewed: Batch 1. B- / $28

Cask & Crew Ginger Spiced Whiskey – Sweet ginger beer notes on the nose, with nothing much else behind it. The palate is closer to a ginger liqueur than a whiskey, with some racy spices and a quieter showcase of berry-driven fruit. The finish echoes peaches, pineapple, and — as it lingers — vanilla and chocolate notes. A pleasant surprise, though only vaguely whiskeylike in any way. 70 proof. B / $25

Cask & Crew Walnut Toffee Whiskey – This is immediately off-putting with the overwhelming sweetness one typically finds with highly-sweetened flavored whiskeys — not particularly evident as toffee but rather a vanilla-heavy brown sugar and caramel character that dominates the aroma completely. The palate is even more overblown, a sugar bomb that coats the mouth, offering just a hint of nuttiness amidst all the saccharine funk. Definitely not whiskey “corrected.” 70 proof. D+ / $25 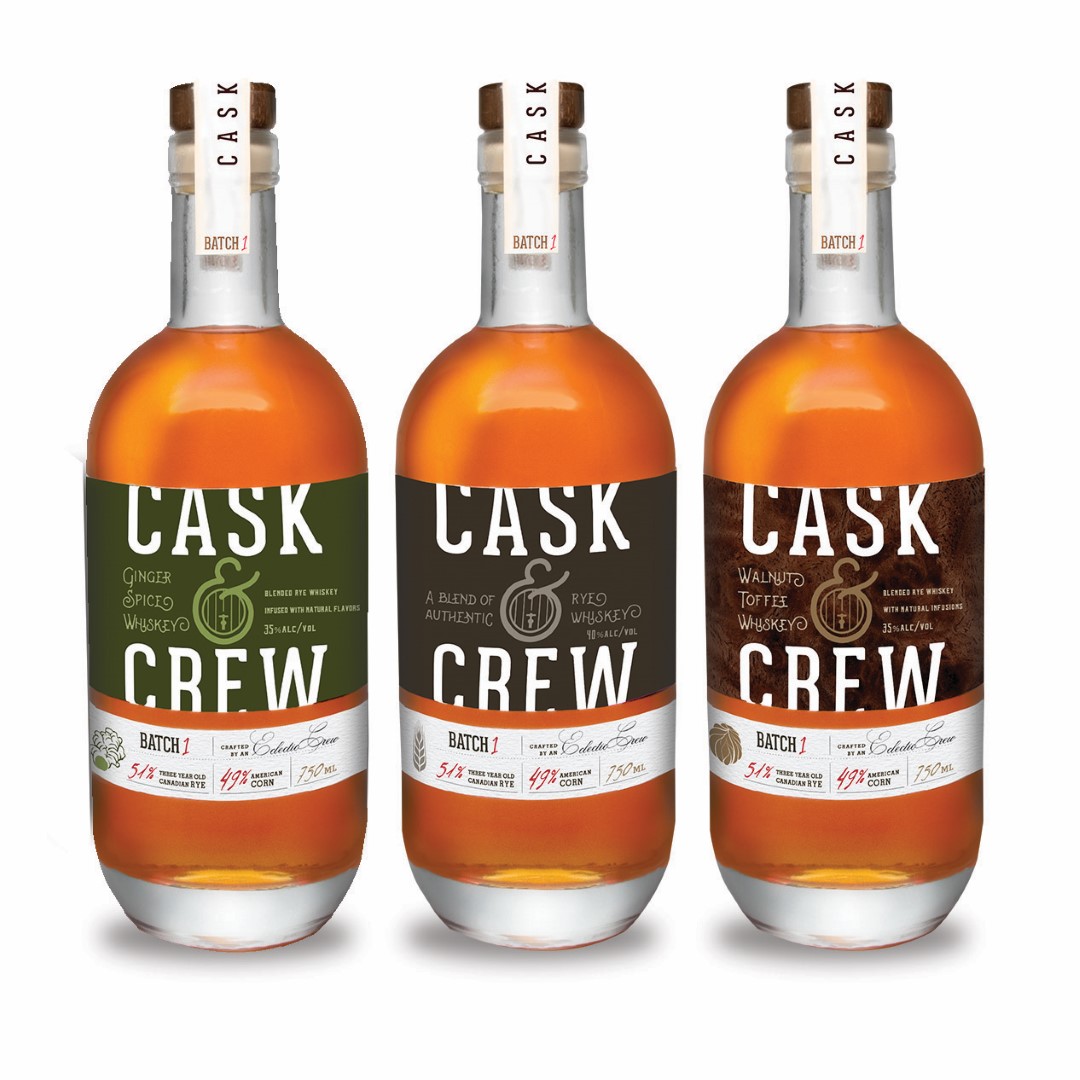