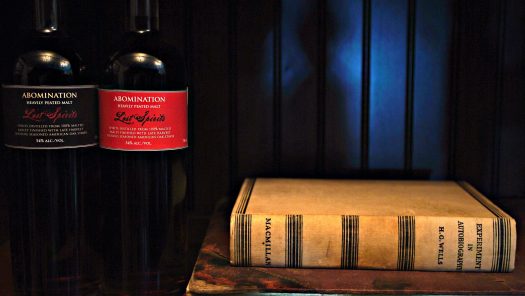 One can count on few things in life, but one of those things is the fact that Lost Spirits Distillery — now operating out of Los Angeles — is going to come up with something new to mess with your mind.

The nose would be familiar to any Islay fan — sweet barbecue smoke to start — and then you start catching deeper aromas of gooey dried fruit compote, fresh peaches, and floral elements, clearly delivered by the riesling barrel. The palate is intensely smoky, with traditional Islay elements of briny seaweed and peat smoke. Notes of candied flowers mingle with fresh strawberry, coconut husk, and iodine, then lingering nuggets of coffee bean, dark chocolate, and lilacs. The finish is pushy and long as hell, soaked in liquefied wood and smoke and dripping with a hedonistic pungency.

Islay fans, though this is ruthlessly unorthodox I highly encourage you to buy this now. It’ll be the best $50 you’ve ever spent.

* The fanciful product names are drawn from chapters from The Island of Dr. Moreau. Get it?

Lost Spirits Distillery Abomination "The Sayers of the Law" 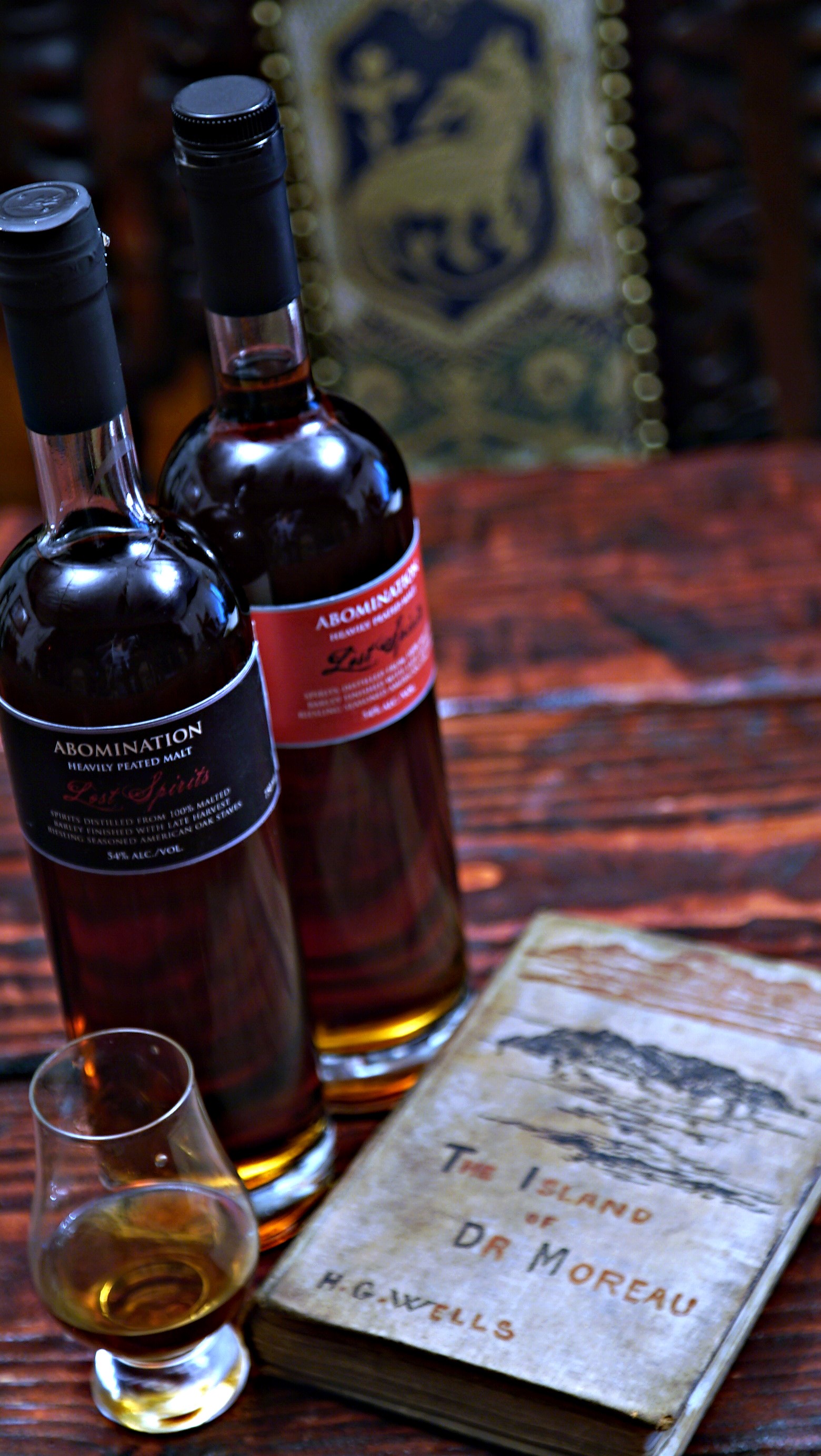 Review: Lost Spirits Distillery Abomination “The Crying of the Puma”