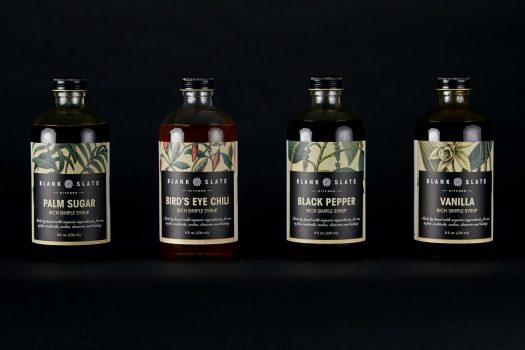 This quartet of mixers comes from Blank Slate Kitchen, which whips up nothing but “rich simple syrup” in its Brooklyn kitchen. The four products on offer range in color from golden brown to molasses black, each crafted from palm sugar and (save for the base model) all flavored in some simple but powerful way.

Each comes in an 8 oz. jar and is ready for cocktailing. (Check the back label for recipe ideas!)

Blank Slate Palm Sugar Rich Simple Syrup – A lively syrup, dark brown and quite malty, like a homebrew malt syrup, tempered with nuts and notes of coconut. Versatile, but the syrup pairs especially well with rum. A- / $12

Blank Slate Vanilla Rich Simple Syrup – As expected, the palm sugar syrup finds a companion in strong vanilla overtones — and they’re authentic, as this is made with whole vanilla beans. Lush and powerful, this pairs even better with rum, pulling the two spirits together to reveal a rum cake character. A / $15

Blank Slate Black Pepper Rich Simple Syrup – More nuanced than the vanilla — here the pepper is understated and, on its own (or rather, with plain water), the spice doesn’t really pop at first, lending the syrup more of a vague earthiness and just a hint of heat. (For best results: stir, don’t shake, this one, to free the pepper from clumping at the bottom of the bottle.) Pairing this one is tough; rum and whiskey didn’t impress me, but with vodka you could really catch the peppery essence more clearly. B+ / $13

Blank Slate Bird’s Eye Chili Rich Simple Syrup – Lighter in color (and density of flavor), infused with bird’s eye chili pepper flavors. This syrup offers the softest sweetness of the bunch, and the chili is present and pungent, without being overpowering. Works well with vodka, but better — surprisingly — with gin. B+ / $12 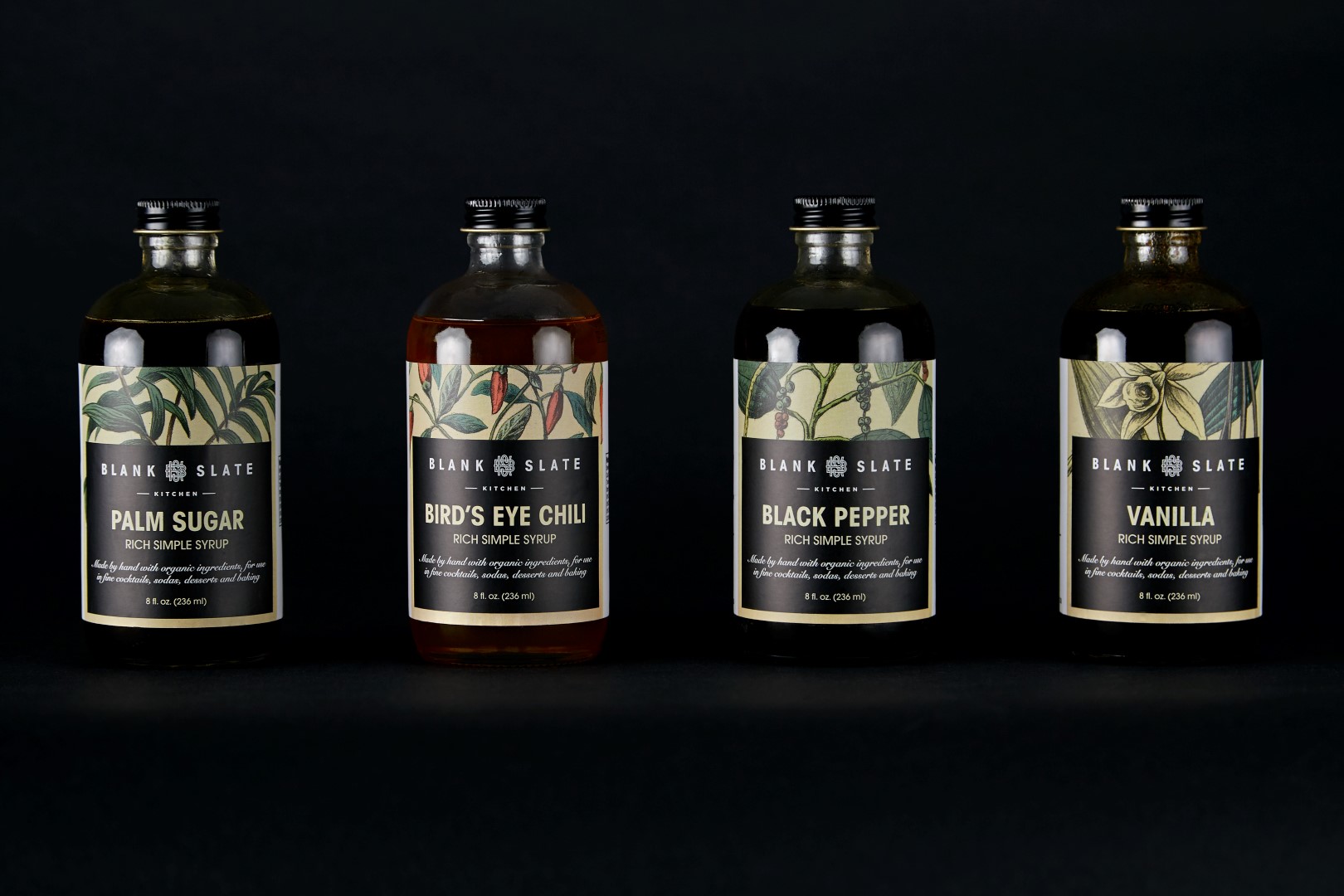 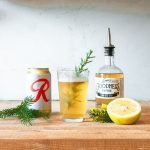