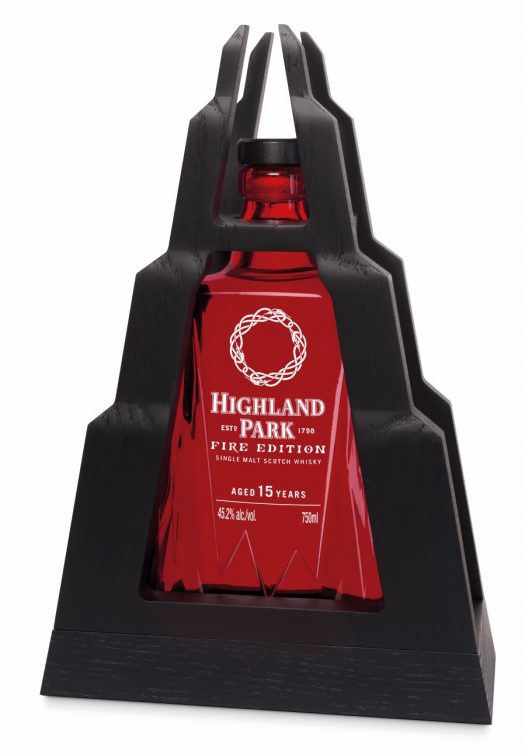 First there was ice. Now there is fire — thanks to Highland Park, which is concluding its two-whisky elemental series with this 15 year old spirit matured completely in refill Port wine casks. Some ephemera:

Highland Park is proud to announce the release of a limited edition single malt Scotch whisky. FIRE Edition is a special bottling that delves into the world of classic Norse mythology and celebrates the Viking roots of Highland Park’s Orkney islands home. Matured exclusively in 100% refill Port wine casks, FIRE Edition follows the release of ICE Edition which was awarded 99/100 and the Chairman’s Trophy in the Ultimate Spirits Challenge 2016. FIRE Edition completes the two part series inspired by the stories of the Ice and Fire Giants and their battles against the Gods to rule the world.

Jason R. Craig, Global Brand Director, commented: “Maturing our distinctive whisky in 100% refill Port wine seasoned casks is a first for Highland Park and the result is a vibrant, 15 year old single malt with an ABV of 45.2%.  FIRE Edition has a slight reddish hue, (which is its natural color), intense aromas of ruby red fruits, light smoke and a long, lingering finish. However, it is still, unmistakably, Highland Park.”

The bespoke crimson red colored glass was specially commissioned to represent the fierce and molten world of the Fire Giants from Viking mythology.  The bottle is encased in a distinctive black wooden cradle with accompanying black wooden stopper.  A booklet, also included with the bottle, recounts the story of the realm of the Fire Giants and their epic battle against the Gods to rule the world.

According to Viking legends, Surtr was an evil Fire Giant who ruled the Fire Realm.  He would sit at the edge of the kingdom, defending the land by holding a burning sword, which shone brighter and hotter than the sun.  The culmination of these tales is an apocalyptic battle between the Gods and the Giants. Surtr led the sons of Muspell across the bridge of Bifröst, burning everything in sight at Asgard (realm of Gods; Thor, Loki, Freya and Odin) and destroying the world at Ragnarök, heralded as ‘The doom of the Gods.’ The world perished in a blazing and burnishing ball of flames and from the ashes, a new earth was recreated.

FIRE Edition, a special release of 28,000 bottles globally with 4,398 bottles in the US, will be available from specialty spirits retailers in the US beginning in December 2016 at a SRP of $300.

Highland Park and Port sound like a great combination, and sure enough, here they combine to provide a very compelling, but quite unique, experience. The nose on this orange-pinkish whisky is loaded up with sweet cereal up front, plus secondary notes of raisins, honeycomb, and mild menthol notes. On the palate, a more curious character emerges, malty but also quite fruity, with notes of apricot and nectarine showing strongly. The finish sees a more characteristic Highland Park character come through — light iodine and a lick of peat, with some gentle hospital notes emerging as the experience fades away.

What’s funny is that the Port character is relatively lacking here — I get an impression more akin to sweet white wine than a fortified red — but ultimately sitting in the chilly environs (hardly “fire”) of Orkney for 15 years is likely to have a far greater impact on the finished product than a little bit of Portuguese plonk in the mix, no? 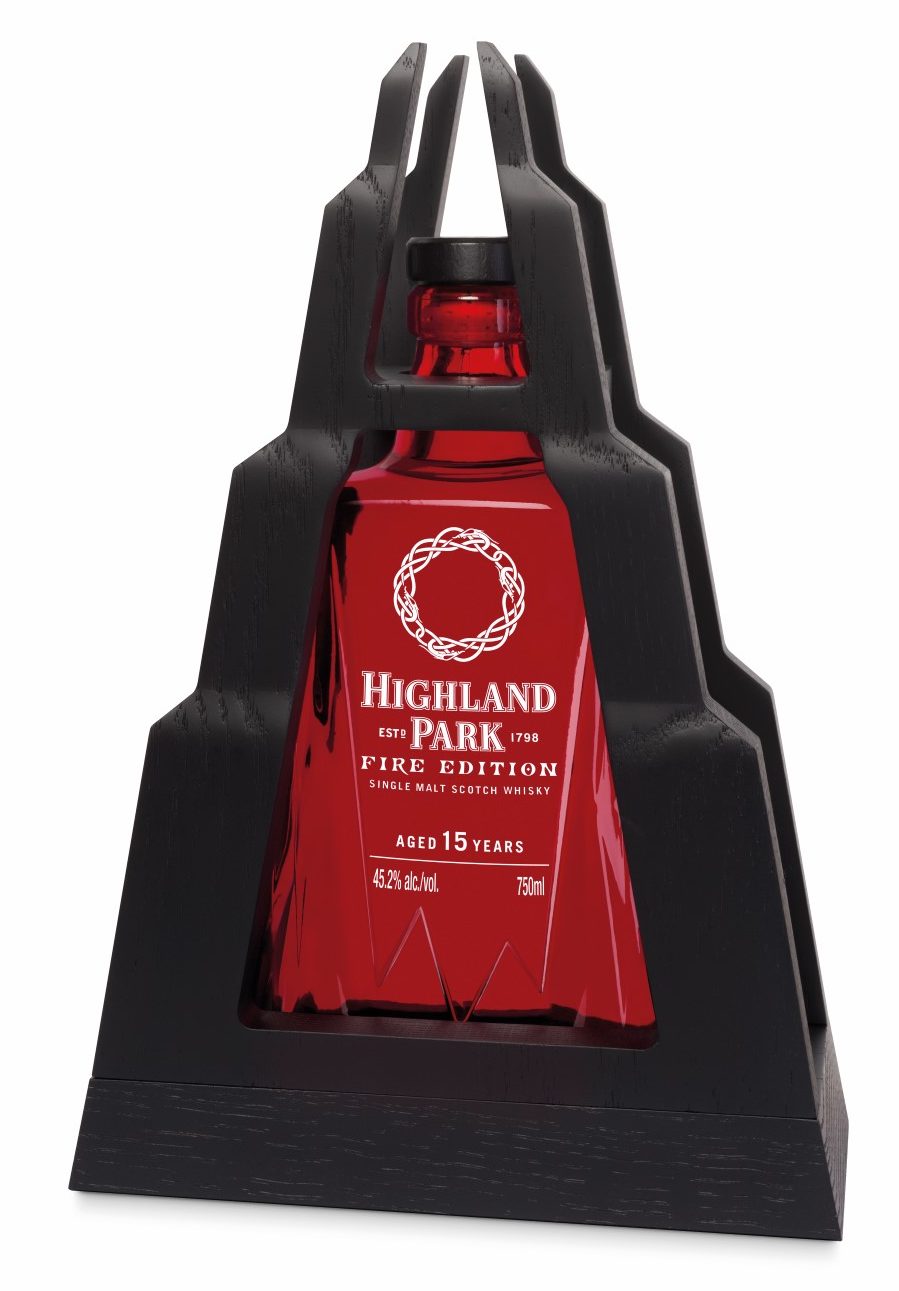 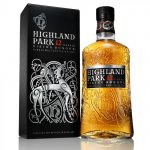