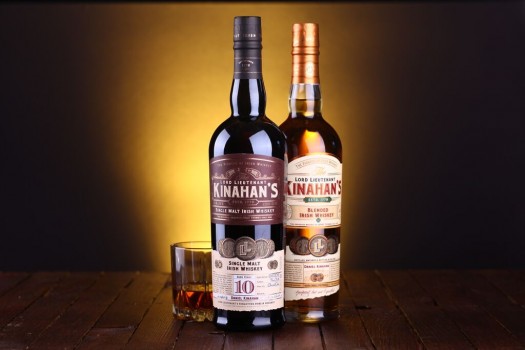 The rise of Irish continues with the relaunch of Kinahan’s Irish Whiskey, a brand that dates back to 1779 and was called for by none other than Jerry Thomas in some of his iconic cocktail recipes from the 1800s.

Kinahan’s went under in the early 1900s but was revived in 2014, and for obvious reasons: Irish whiskey is riding high, and new brands are popping up right and left to jump on the trend.

While Kinahan’s clearly isn’t making its own stock yet — sourcing for these bottlings is undisclosed — it’s out the door with two quite different releases. Both are worth a taste if you see them. Thoughts follow.

Kinahan’s Blended Irish Whiskey – A blend of grains; aged at least 6 years. A fairly standard Irish, this light-bodied whiskey features notes of rich honey, coconut, and banana, plus overtones of walnuts. Gentle baking spices emerge with time, but so does a bit of acetone influence. The finish offers a touch of red pepper on the tongue — thanks in part to the slightly higher proof — but otherwise makes a callback to those initial honey notes. Works well enough. 92 proof. B+ / $40

Kinahan’s Single Malt Irish Whiskey 10 Years Old – Bolder, as one would expect, but with remarkably different character. Distinctly tropical on the nose with a pronounced tangerine note, the whiskey kicks things off with a fruit bomb. On the palate, the traditional honey notes come on after the citrus character fades a bit, with the finish offering curious notes of graham crackers and brewed tea. Considerably more interesting than the blend. 92 proof. A- / $69 [BUY IT NOW FROM CASKERS] 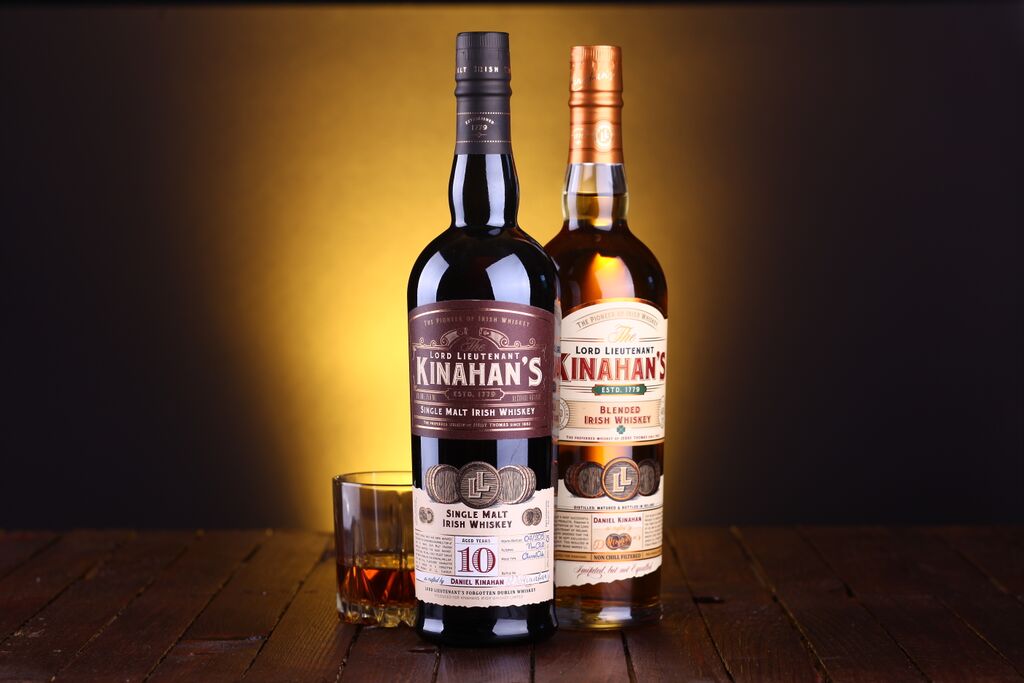