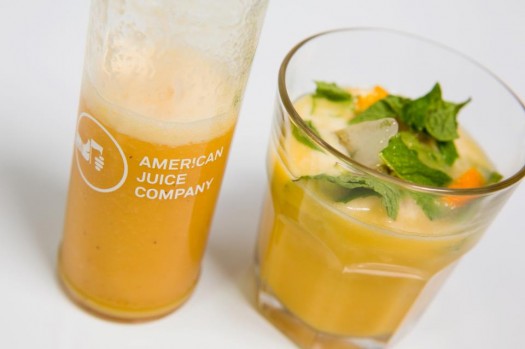 With their goofy names, one wouldn’t expect the fruit juice mixes from the American Juice Company to be upscale products designed for the back bar. These are all-natural products but, they’re designed to last for the long haul. Shelf-stable, they’re good for six months (before opening) without refrigeration.

AJC produces offerings on a rotating, seasonal basis, and you can get a (pricy) sampler of four of them through the company’s website. The company sent us its current offerings to tinker with. Here’s what we thought about them all.

American Juice Company Winter Blend (Louis Applestrong) – Golden delicious apples, citrus zests, and winter spices – Chunky, almost like a watery applesauce. Zesty with baking spices, and quite exotic in a beverage. The citrus peel on the back end adds some nice acidity, but ultimately this is more breakfasty than wintry. In a good way. B+

American Juice Company Chuck Blueberry – Blueberry and apple puree. A little overwhelming. The combo of blueberry and apple makes this come across a bit like cough syrup — which is surprising, because blueberry is never a flavor that medicine manufacturers are going for. It grows on you, but ultimately comes across as a bit artificial-tasting (though I know it’s not!), with a bit of a cloying finish. B

American Juice Company Lady Lychee – Lychee, rose infusion, and strawberries. Moderately thick, but not to the level of the Louis Applestrong. Don’t let the “rose infusion” scare you. Here, a light floral note is a lovely foil to the lychee and strawberry character that dominates, giving this a sweet yet lightly aromatic character. Probably my favorite of the bunch and something I’d definitely mix with. A

American Juice Company Ginger Gershwin – Spicy ginger, orange, and lemon. Spicy ginger, to be sure. This is extremely racy stuff, highlighting ginger, ginger, and more ginger. The citrus shines through for just a brief moment somewhere in the middle of the spice. Throw a little rum in this and you’re golden. A- 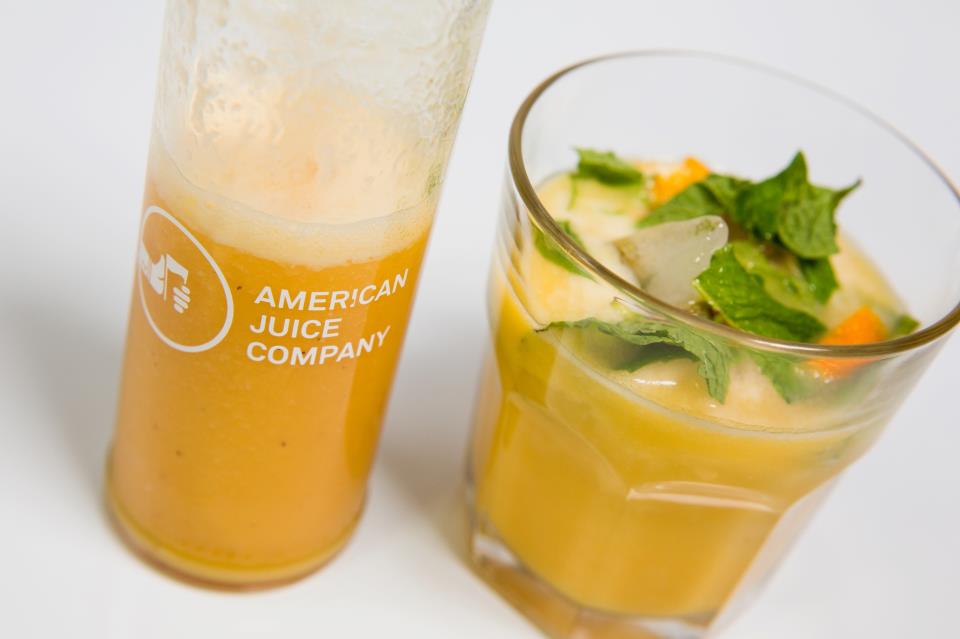