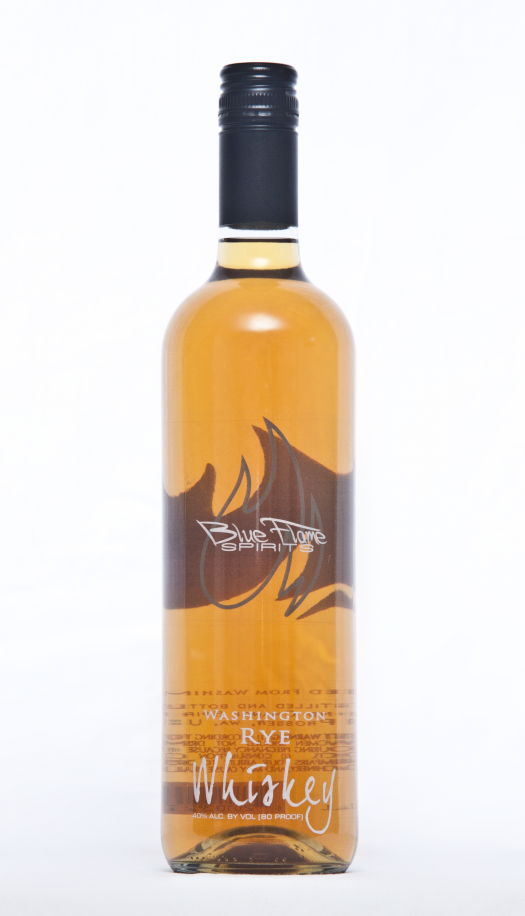 Blue Flame is a craft distillery based in Prosser, Washington. The company focuses on hyper-local distilling: Both of these products are made from ingredients sourced from within 45 miles of the distillery, including grain from the distillery’s own farm and the barrels (made from local wood and custom designed by distillery owner Brian Morton) in which they’re aged. We’ll talk more about what’s in the bottle in the two reviews below. Both spirits are 80 proof, no age statements offered.

Blue Flame Spirits Washington Wheat Whiskey – 100% local wheat — a rare mashbill in today’s world. Initially young and brash, this youthful endeavor starts off without revealing many of its charms. Heavy granary notes start the show, clean but full of cereal character. Over time, the whiskey builds to offer restrained notes of banana, butterscotch, and caramel. Light toasted almond notes atop the cereal-driven body can be found on the finish. A curiosity. B- / $36

Blue Flame Spirits Washington Rye Whiskey – 100% local rye (rare, but not quite as rare as the 100% wheat). This rye is sweeter than the wheat, with a more interesting collection of flavors to explore on the whole. As with the wheat, the rye starts with young cereal notes, but here they quickly build and evolve into a new direction. A light smokiness on the nose offers a touch of nuance for the nostrils. The body features toasted marshmallow, hazelnut, and some light chocolate, all atop a more racy grain underpinning. The finish brings all of this together into a rough sort of dessert with a surprisingly enjoyable and easy-drinking balance. B+ / $33 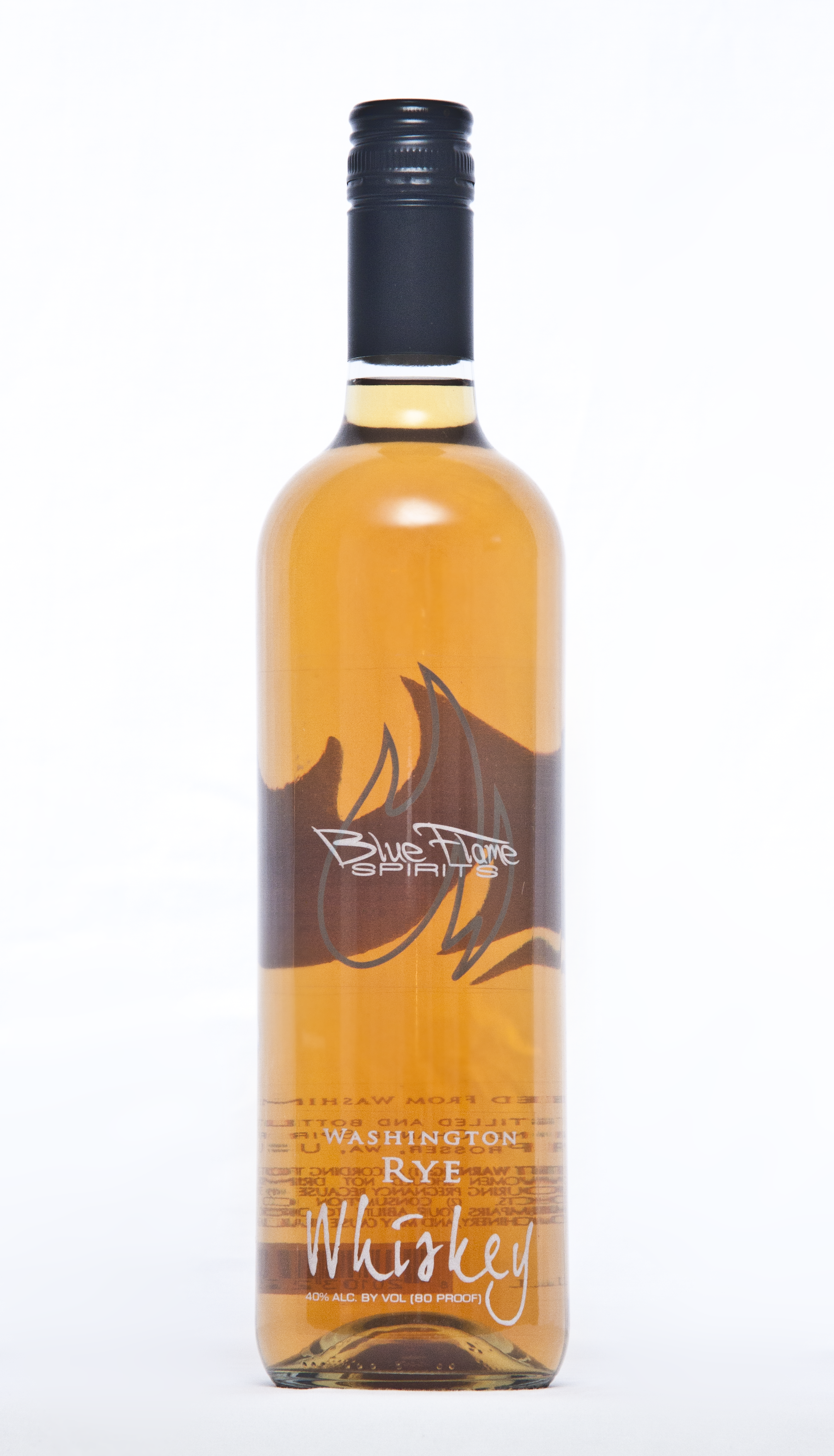