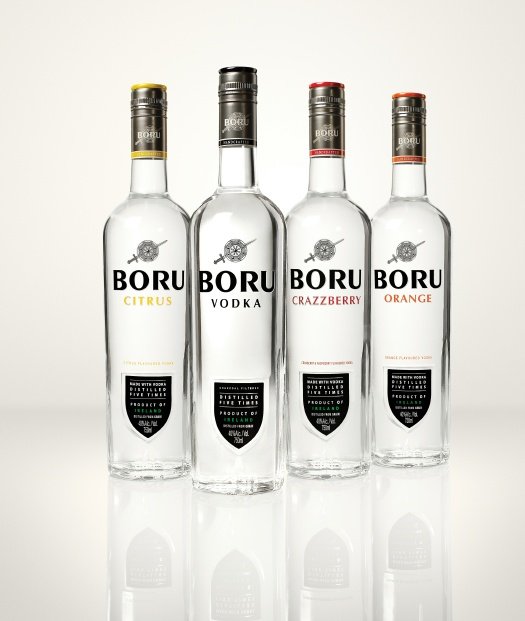 The only vodka I’ve sampled from the country of Ireland, Boru is named after a legendary Irish king… who probably wouldn’t have been caught dead drinking vodka. No matter. Distilled five times (from unspecified grain), this vodka hits 80 proof in its unflavored and three flavored incarnations (all use natural flavorings). We sampled all four. Thoughts follow.

Boru Vodka (unflavored) – Very clean and crisp, with a good amount of sweetness. Aroma is medicinal, but it doesn’t translate to the finish, which is lightly fruity, only ending on a lightly Listerine-like note. Really quite good. A- [BUY IT NOW FROM CASKERS] [BUY IT NOW FROM DRIZLY]

Boru Crazzberry – Tastes like real crazzberries! But seriously, this tastes like legitimate raspberry, without the cloying cough syrup notes of some other raspberry-like vodkas. This alleged blend of cranberry and raspberry is overwhelmingly skewed toward the rasp-side. Not a bad thing, really. This would be great in a cosmo. A-

Boru Orange – Try saying that five times fast. This one’s quite orange-like, but finishes on the bitter side. Almost grapefruit like at times. Obviously designed as a mixer, you’ll want to be sure to use something sweet in your blend. Pleasant, though, with a first, flavorful punch that reminded me immediately of orange Chuckles candy. Who doesn’t like Chuckles? B+

Boru Citrus – Strongly and distinctly lemon, but given the connotation of “citrus” with “orange,” I have no idea why this wasn’t branded “lemon” (or similar) instead. More medicinal than any of the other vodkas, but with a lemon kick, this barely tastes like it’s from the same family as the above. Still, it’s completely pleasing and would be great with a simple mixer (ginger ale, soda, 7-Up, what have you) or in a fancier, lemony cocktail. B+ 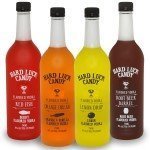