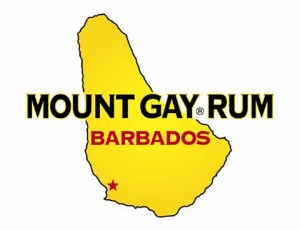 Tomorrow (August 16) is National Rum Day, so what better way to celebrate than to sip a little Mount Gay, the first commercially produced rum (per the company), continually produced since 1637 (though the bottles say 1703). They even say George Washington drank this stuff on a stopover in Barbados (my favorite island, by the way, not because I’ve ever been there, but rather due to its resemblance in shape to a decapitated, legless chicken).

For such an ancient producer, Mount Gay has a tiny portfolio: Mount Gay produces two aged rums, a “sugar cane brandy,” two flavored rums, and a white rum that is so new it doesn’t yet appear on the Mount Gay website. I’ve never seen the first three products in stores, but we got our hands on the lattermost three. Here’s how those three standard rums shake out, from lightest to darkest. 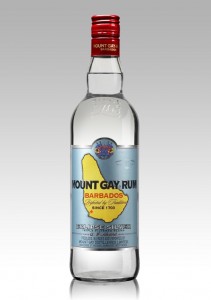 Mount Gay Eclipse Silver Rum – The new kid on the block is a winner. This is a sophisticated white rum (80 proof), rich and woody, with lime and other citrus. There’s a petrol character that’s common in so many white rums here, but it isn’t off-putting. If you aren’t drinking this straight (and why would you), you won’t notice it. The Silver shines in cocktails. Mojitos and simple mixed drinks were exceptional. It may feel really odd to see that classic Mount Gay label on a see-through product, but push past it. It’s worth a try. A- / $18

Mount Gay Eclipse (Gold) Rum – Mount Gay’s 80-proof flagship rum is serviceable but surprisingly unremarkable. The rum tastes a little immature for a gold rum, reflecting the fact that Mount Gay’s entire line is always on the lighter side. Too much of that unrefined petrol flavor comes through, masking any floral or fruit flavors, and there aren’t nearly enough caramel or candy notes, though they start to show in the finish. Considerably better with a mixer, this is a go-to spirit for rum & Coke and the like. Also tried it in a Planter’s Punch with excellent results. B+ / $18 [BUY IT NOW FROM DRIZLY]

Mount Gay Extra Old (2008) Rum – Heretical, perhaps, but Mount Gay’s oldest rum goes great with cola and any cocktail recipe that calls for dark rum. Sure, rum purists will probably want to sip it straight or on the rocks, and the Extra Old works well that way, but it’s not as complex as many (perhaps most) aged spirits. Sipping Mt. Gay XO is perfectly pleasant, but it’s not going to be an experience that elevates you to the heavens. Burnt sugar and vanilla are now in the forefront, with tropical fruit and banana on the nose. Quite sweet, and it goes down easy sans water despite being 86 proof. Very good on the whole, and a decent deal, too. A- / $33 [BUY IT NOW FROM DRIZLY]