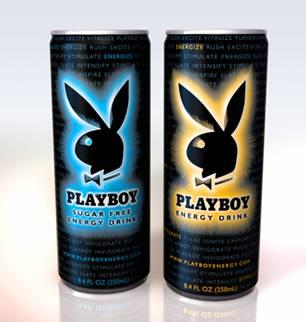 Considering the amount of Red Bull that’s likely consumed on the premises of the Playboy Mansion, making his own Playboy Energy Drink would probably save Hef enough money that it’d be a good business venture even if they didn’t sell it to the public.

Besides, the world might quit spinning if it failed to churn out a continuing supply of new “energy” drinks in tiny cans, and Playboy’s take is exactly what you’re expecting, a syrupy, fruity, in-your-face concoction that’s best consumed when loaded with alcohol. While I find most such drinks fairly repugnant, Playboy’s grows on you after you get through about half the 8.4-ounce can. Imagine a carbonated Hi-C spiked with two shots of Mountain Dew, a tablespoon of pure honey, and a ginseng kicker. That description may not sell you on the stuff, I realize, but it’s not as bad as it sounds, and it tastes much better than it smells. (Mixed with vodka, as it’s almost surely intended, the taste is almost uncannily like cough syrup.)

The drink is due on store shelves soon in both regular (reviewed above) and sugar-free varieties.