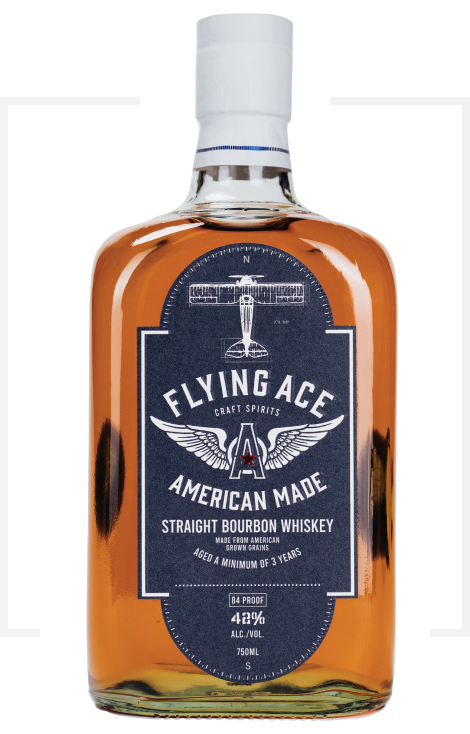 Here’s a more budget-friendly whiskey offering from the folks behind Michigan’s Fox & Oden. At a stated minimum of just three years old, this is a considerably younger bourbon than that brand, but it relies on the same high rye, MGP-distilled mashbills. The name is said to be inspired by “generations of American aviators” while the squat bottle bears a striking resemblance to Elmer T. Lee. And that’s about all I’ve got in the way of backstory. Let’s give it a go!

At three years old, it almost goes without saying that this could use a few more years in the barrel. The aroma showcases a bland, cereal sweetness but little of the raw corn and sharp oak notes you might expect. Still, vanilla and a soft hint of oak are about as much as can be extracted from the glass. The palate offers up a surprising oiliness, especially at such a modest proof, with a nice heat and balanced sweetness that helps to offset an unsurprisingly bland, if immensely approachable, profile. Notes of marshmallow fluff, caramel candies, and green apple offer a bit to chew on before a quick finish of mild spice and oak. It’s honestly better than I expected. But there are young bourbons even cheaper than this that offer a superior drinking experience.