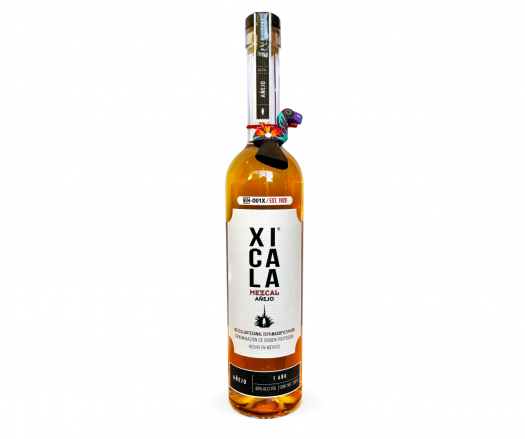 Xicala Mezcal has been on the market for some time, but it’s recently expanded its line beyond a joven, adding a reposado and anejo to its repertoire. All three are made with traditional methods at Tlacolula Distillery in Oaxaca from 100% espadin agave, but the barrel regimen on the two aged mezcals is where things take a bit of a plot twist. We received the full lineup for review. Let’s dive in.

Xicala Mezcal Joven – Unaged. Very sweet nose, heavy with notes of grilled pineapple and barbecue sauce, folding in some smoke to tame the initial sugar rush. Surprisingly gentle on the palate: Again quite tropical and sugary, almost caramel-like at times, with growing notes of pepper and wood smoke, well-integrated into the experience. Lots of mixed fruit here — citrus, some apricot, red apple — then a reprise of campfire smoke. Enduring sweetness on the finish — when I was ready to see if fade out. 86 proof. A- / $36

Xicala Mezcal Reposado – Aged 3 months in American oak and French Cognac barrels. The sweetness is tamed in this expression, but the fruit is just as expansive, here veering more toward caramel-drizzled applesauce and, unusually, a slightly stronger smokiness on the nose than in the Joven. Soft on the palate, the palate veers into notes of maple syrup, rum raisin, and a thick layer of baking spice. It’s comes on a bit thick at times, with raisin enduring well into the moderately smoked finish. A bit green here and there, with sesame oil notes lingering. Less punchy than the Joven, for better or worse. Note the lower proof on the aged expressions. 80 proof. B+ / $50

Xicala Mezcal Anejo – Aged 12 months in American oak and French Cognac barrels. Things temper nicely with an extra 9 months in barrel, making this arguably my favorite mezcal in the lineup. Again quite soft on the nose, here the smoke and fruit find themselves in balance, with a stronger herbaceous aroma evident than in either of the other expressions. Pepper, green herbs, and spice all hit early on the palate, tempered with some of that sweet almond and raisin mix, evoking a mulled Christmas wine note. Smoke hits last, though it’s still clearly in the picture, with notes of vanilla and milk chocolate on the back end. Smoldering and peppery notes cling to the back end for some time. 80 proof. A- / $60 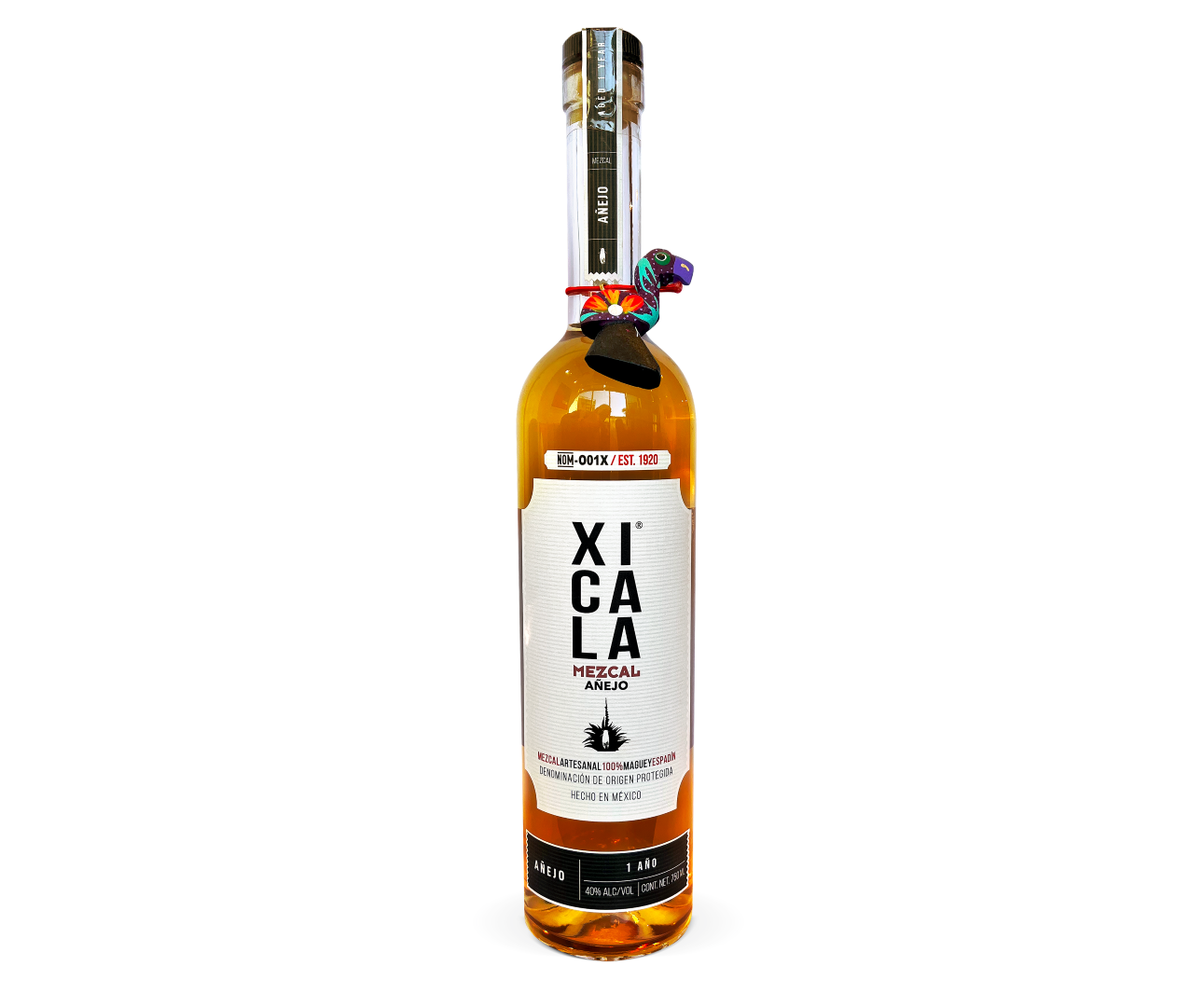