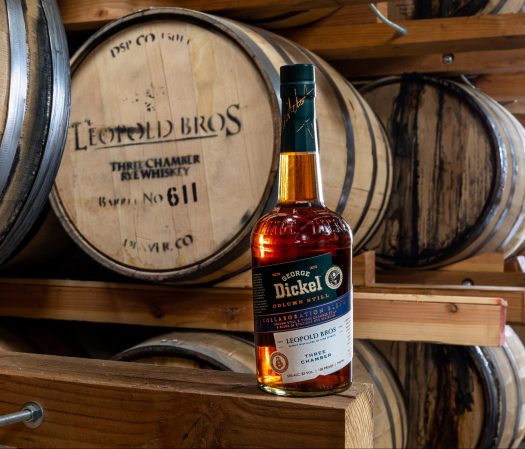 This latest limited-edition release from George Dickel flew a bit under the radar this fall, but it’s got quite the backstory. Dubbed George Dickel x Leopold Bros Collaboration Blend Rye, this is, as the name suggests, a collaboration between Tennessee’s George Dickel and Leopold Bros, a Colorado distillery that was one of the earliest craft trailblazers and whose pioneering spirits I’m embarrassed to say we have yet to review here at Drinkhacker. (Todd, if you’re reading this, give us a call!) Founder and distiller Todd Leopold and Dickel’s Nicole Austin are apparently friends outside of work, and he pitched her on the idea to create this limited edition blend in hopes of “challenging the status quo for rye offerings on the market.”

The whiskey itself is a mix of Leopold Bros’ Three Chambers Rye, a forgotten, “heavy-bodied” rye style using heritage grains, and George Dickel’s first ever in-house rye produced on the column stills at Cascade Hollow. (Up until this point, all Dickel Rye was sourced from Indiana.) According to the press release, this combination is said to have some historical precedent, as column and “Three Chamber Rye” whiskies were known to have been blended during the halcyon days of rye whiskey prior to World War II. It sounds like there’s a lot going on in this glass, so let’s get to drinking.

This is definitely a weighty rye whiskey with big, doughy notes of warm croissants, a spun sugar sweetness, and grassy elements of dandelion and rose petal. It’s a far cry from the spice and caramel bombs so common today, which often show more vegetal and earthy nuance (when they show any at all). The palate is somewhat light in contrast to the aroma but rounded and full-flavored nonetheless. More sweet pastry adds heft while dried herbs complement the rosy floral elements with a bit of green spice. Raw honey, drinking chocolate, and dark tea leaves on the mid-palate add a bold richness. There’s a generous, even warmth at this proof that helps to amplify those flavors heading into a finish of dark berry preserves, pink peppercorn, and chocolate-covered orange peel. Despite the cocktailing proof, I’m not sure how all this nuance would fare in a mixed drink. Probably best to leave this one as a contemplative sipper. 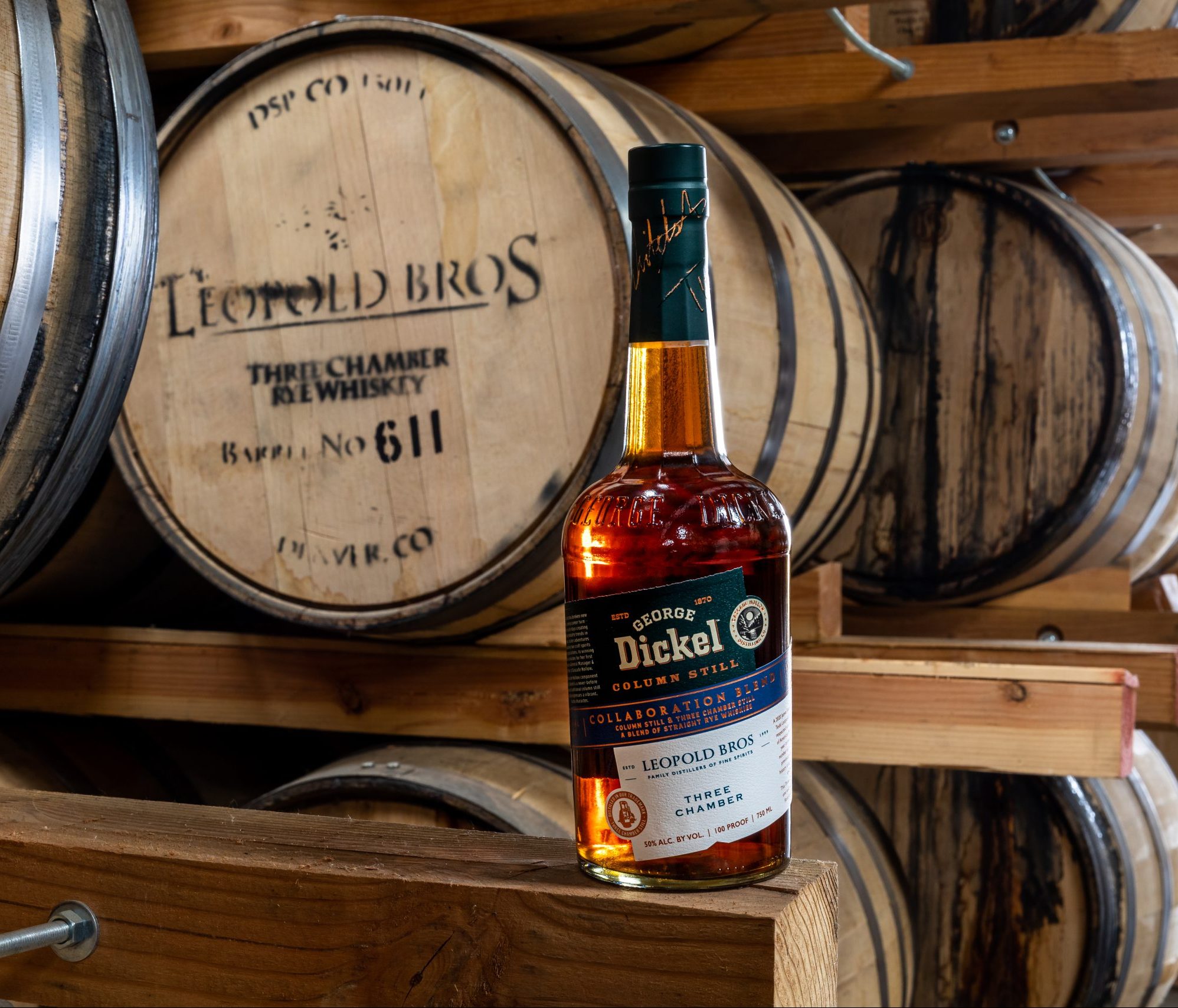