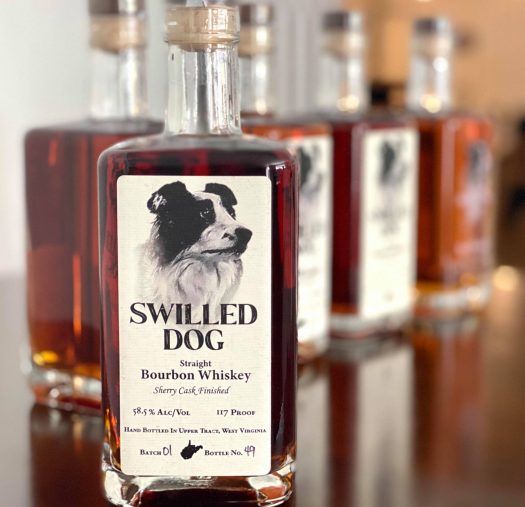 Launched in 2016, Swilled Dog is a family-owned cider and spirits company based out of West Virginia. What started as a family basement operation has since grown into an independent cidery and tasting room in Upper Tract, WV, where they offer everything from tastings to craft exhibitions and a regular series of “Yoga & Cider” events. Cider aficionados might spot their flagship, seasonal, and limited release cans and bottles on an expanding number of shelves across the country.

While they’re far more established in the cider world, Swilled Dog has recently dipped its paws into the world of bourbon and rye whiskeys. The first series of expressions is — to no surprise — sourced, though they have plans to eventually release whiskeys from their own distillate, using corn grown in the area immediately surrounding the distillery. All whiskeys are hand-bottled at the Upper Tract facility.

Swilled Dog’s first four whiskeys are sourced from Indiana and North Carolina. Let’s dive in and see how they stack up.

Swilled Dog Straight Bourbon – This bourbon features a 75% corn, 21% rye, and 4% malted barley mashbill; the age statement simply says its aged a “minimum of 4 years.” The nose is fruity, with sweet corn and green oak as strong complementary notes. On the tongue, the same oak and woody notes come through, and it’s an easy first sip. Light cherry and a strong rye spice hit a little further in the back of the palate, no surprise given the mash bill and flavoring grain. The finish is long with oak and rye sitting on the tongue. The mouthfeel is a little thinner than many bourbon fans seem to crave these days, but it’s not surprising given the proof. Overall, it’s a straightforward bourbon, and what it lacks in complexity it partially makes up for in accessibility. 90 proof. B+ / $45

Swilled Dog Barrel Strength Straight Bourbon – A higher-proof expression featuring the same mashbill and sourcing as Swilled Dog’s Straight Bourbon. The nose is more subdued than one might expect at a significantly higher proof, with similar fruity and woody notes coming through. The tongue has a noticeable pop of young oak and rye, with less pronounced sweetness than in the 90 proof version. There’s definitely a caramel note here, though it’s quite dark, bordering on burnt. The finish is again long with wood and rye spice, though with a thicker mouthfeel that sits on the front of the tongue more than the back. It adds complexity compared to its 90 proof sibling, but in the process the barrel strength expression loses the cherry flavor and sweetness that helped make Swilled Dog’s Straight Bourbon so enjoyable. It’s a rare instance where the barrel strength version is deeper, but overall a bit less fun. 117 proof. B / $50

Swilled Dog Barrel Strength Sherry Cask Finished Bourbon – This is the barrel strength bourbon finished in sherry casks; it contains no age statement for the finishing period. While color does not equal flavor, it’s impossible to ignore this whiskey’s gorgeous, dark amber hue, both in the bottle and neat in a tasting glass. The nose conveys raisins, cherry, and floral notes, which makes the complete scent a bit like rum-laced holiday fruitcake. For 117 proof, the first sip is mellow, and the sweetness that eludes the normal barrel strength expression is back in force here, along with the young oak. The finish is rich, with dark (again, borderline burnt) caramel, vanilla, more raisins, and rye spice, though less pronounced than the other bourbon expressions. It’s a bit of a dryer finish that pairs well with food. A drop or two of water also helps open up the flavors and aromas in a big way. 117 proof. B+ / $55

Swilled Dog Barrel Strength Rye Whiskey – Here we have a typical Indiana mashbill of 95% rye and 5% malted barley, bottled at 115 proof and aged for 12 months in #3 char barrels. On the nose, it’s deep with botanicals, fruit, and of course heavy rye spice. The tongue is somewhat typical of Indiana-sourced ryes, with rye and baking spices plus a heavily pronounced pop of cinnamon, though it maintains a touch of sweetness. On the finish, the whiskey’s youth shows, with lots of green and young oak notes. It doesn’t make this a rough sipper in the slightest, and this could be a solid rye for a flavor-forward cocktail where wood notes might be paired with a dash of rustic or fruity bitters. Still, compared to other sourced Indiana ryes on the market, it’s more typical than extraordinary. 115 proof. B / $40 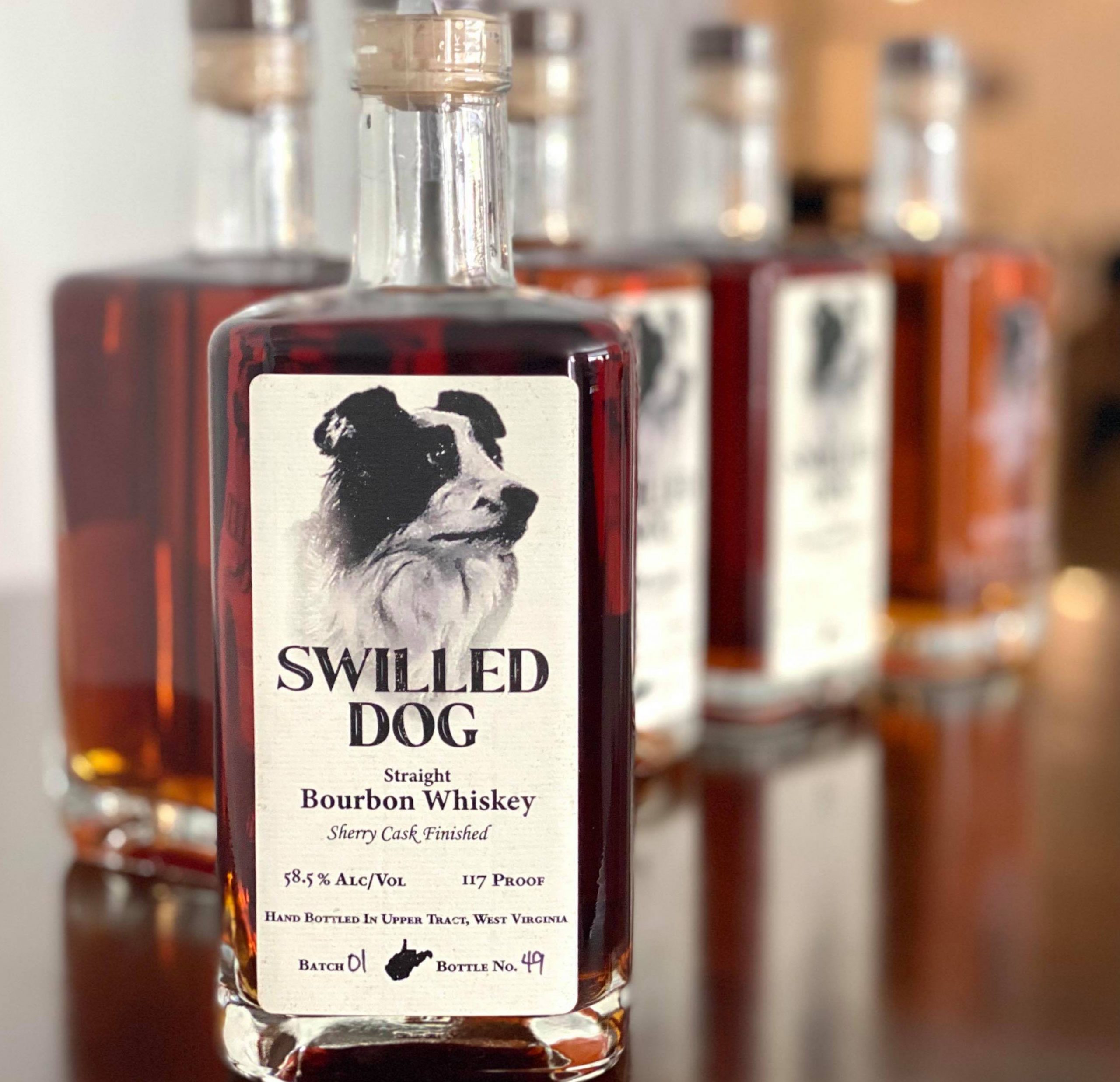