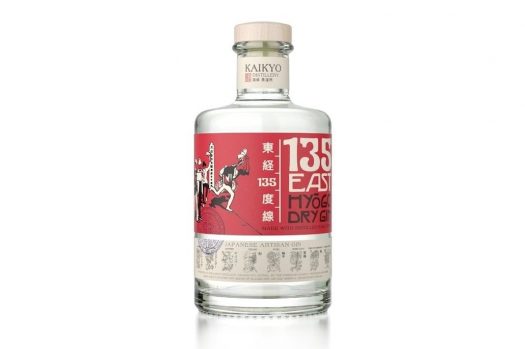 Kaikyo Distillery has become best known in the U.S. as the producer of the two Hatozaki whiskies which are available on our shores. Now America is being introduced to a white spirit from Kaikyo, which was originally launched in the country in 2017. 135 East Hyogo Dry Gin is named for the longitude line which passes near the distillery in Akashi, which is in the Hyogo Prefecture.

135 East is designed largely in a London Dry style, with Japanese botanicals included in the mix to take it in a slightly new direction. Distilled from 100% grain neutral spirits “and crowned by a touch of sake,” the botanical bill includes angelica, coriander, juniper, sencha tea leaf, yuzu, shiso leaf, lime, and sansho pepper. In a curious twist, the producer says that each botanical is distilled separately with the spirit, then blended together before bottling.

I really love this gin, and the care taken in its craftsmanship is impressive. The nose is earthy but refreshing, with notes of evergreen, licorice, and lime leaf all evident. It’s lightly peppery but only just so, with an enticing spiciness in the mix. On the palate, the gin is supple and well-rounded, offering a lovely blend of earth and spice — florals are prominent here, as is the green tea character and more of that lime leaf. The finish sees the emergence of some of the yuzu sweetness and more of that shiso-driven licorice, which together give it a gentle, lingering fade-out. 135 East drinks delightfully on its own, but it really shines in cocktails. 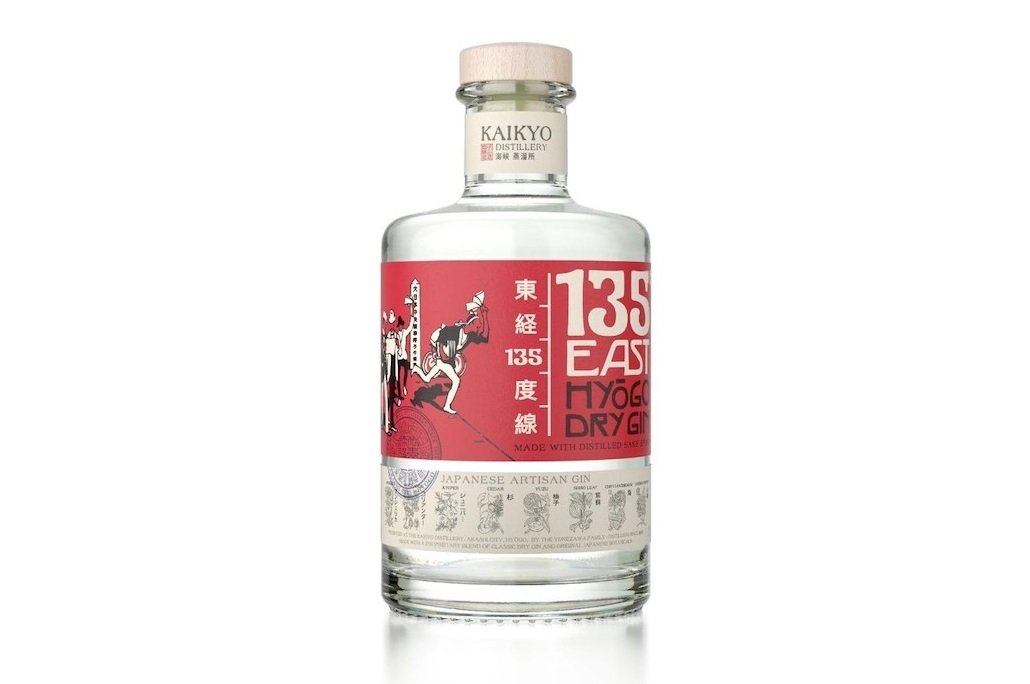