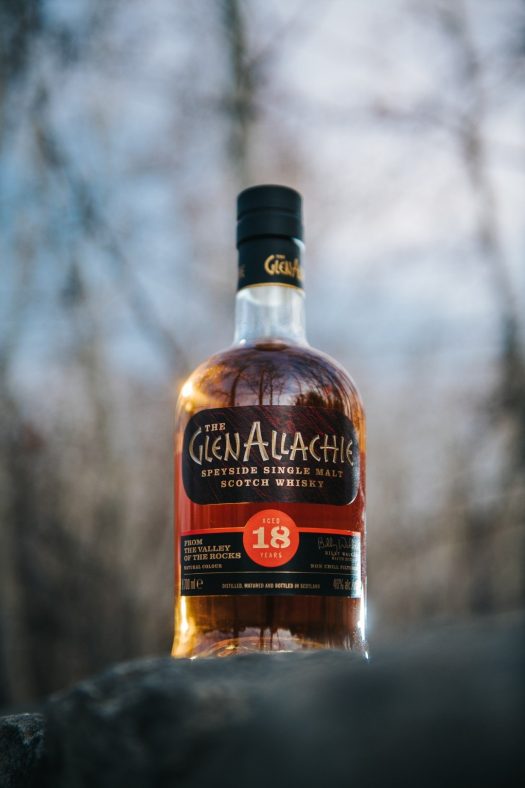 GlenAllachie is a Speyside distillery that was founded in 1967, and it’s been shuttered and reopened at least once since then. In 2017 the distillery changed hands for at least the third time, and it is now up and running again under independent management.

The distillery now has 50,000 casks aging on site, and the operation relies on a wide range of barrels — most of its releases include bourbon cask, virgin oak, and various types of sherry casks, all vatted and blended before bottling. Most are allocated, with typical bottlings running about 1000 cases of each expression per year.

We tasted the five primary whiskies in the current core lineup, which are now being imported to the U.S. by ImpEx. Thoughts follow.

GlenAllachie 10 Years Old Cask Strength – Blended from a variety of barrel types, including bourbon, virgin oak, and sherry casks. Unique in this lineup because it is bottled at cask strength, unlike all the other expressions. Sharp and biting at full proof, the nose is rich with sweetened cereal, nougat, and almond notes. There’s more of the same on the palate, which slowly winds its way toward some dried fruit notes and some coconut husk — the former of which become more particularly evident with water added. The finish folds in a shaving of chocolate, though it’s the granary element that dominates an otherwise straightforward experience. 114.2 proof. Presumably drawn from batch #1. B / $72 [BUY IT NOW FROM DRIZLY]

GlenAllachie 12 Years Old – Blended from a variety of barrel types, including bourbon, virgin oak, and red wine casks. Hoary and gritty, this malt showcases sherry casks much more clearly, with a sharp note of dried citrus peel, quince, and grapefruit on the nose and the attack. It drinks far hotter than its abv would suggest, with a chalky, peppery character that claws a bit at the throat. Notes of almond, chocolate, overripe banana, and coffee bean give the finish some nuance. 92 proof. B / $60 [BUY IT NOW FROM DRIZLY]

GlenAllachie 15 Years Old – This is aged exclusively in Pedro Ximenez and Oloroso barrels, making for a classic example of a much more heavily-finished, sherried style. Notes of baking spice, orange peel, and rye bread hit the nose, along with a punch of Turkish rug shop at times. The palate exudes notes of old wine and orange peel, brown butter and a grind or two of black pepper. The heavy sherry influence continues into the finish, with cocoa powder and pepper notes both lingering amidst a somewhat gritty, brooding barrel char note. 92 proof. B+ / $90

GlenAllachie 18 Years Old – Another sherry-only release; this bottling is quite similar to the 15 year old, though a bit more rounded on the whole. A nose of almonds and nougat complement the heavily sherried aromas well, offering a blend of nuts and citrus notes. Citrus-heavy sherry and nougat notes remain strong on the palate, with some coconut emerging in the mix. The finish sees lingering almond and a hint of ripe banana, making for a delightfully enjoyable conclusion. 92 proof. A- / $130 [BUY IT NOW FROM DRIZLY]

GlenAllachie 25 Years Old – Aged in both sherry and bourbon casks. It’s still richly sherried, but the citrus is balanced by notes of coconut, almond butter, and barrel char on the nose, with sweeter notes developing on the palate. Sultry but tempered by elements of tropical fruit, more coconut, and some spice, there’s a lot going on in this whisky — and it drinks hot at full strength — but once it settles down, the Speyside DNA finds itself a glorious groove. 96 proof. A- / $370 [BUY IT NOW FROM DRIZLY] 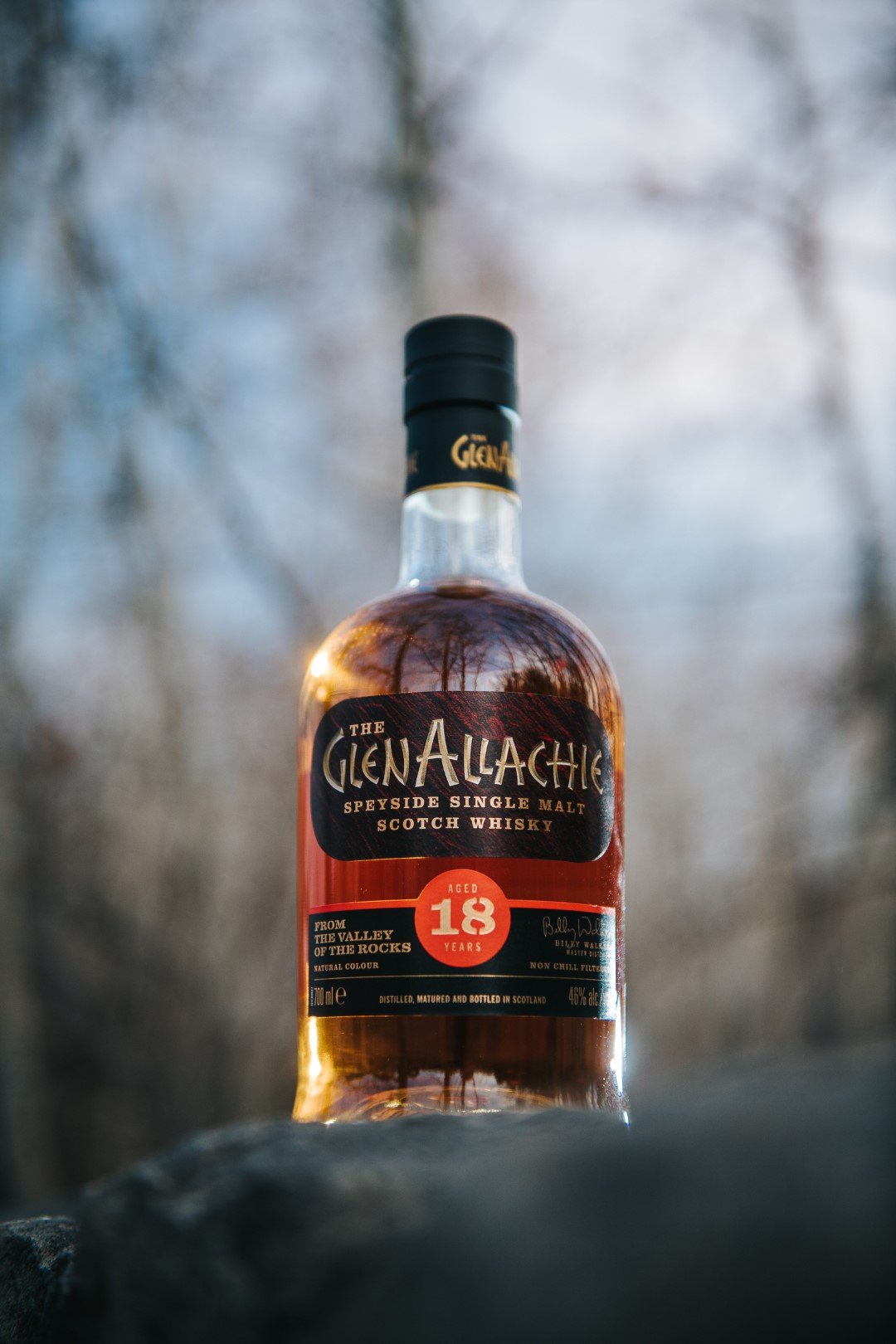