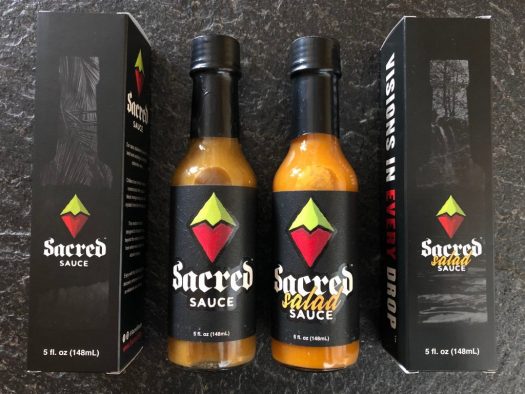 We don’t typically review hot sauces or other condiments, but if you think about it, a bottle of fiery stuff is always important to have on hand when you’re noshing on bar food — or kicking the spice level up on a Bloody Mary. Sacred Sauce can work to both ends, and it comes in two varieties, both of which the company asked us to check out. (Note: Refrigeration is required after opening.)

Sacred Sauce – A thin sauce made from chillies plus prickly pear cactus, tomato, garlic, blood orange, and pink salt. This greenish sauce is medium-hot and keeps the focus on the core of habanero and serrano pepper — though the juicy orange notes help to temper the heat. A touch of salt on the back end pairs well with, say, tortilla chips, and it works fine as a spicy agent in any savory beverage you might want to drop it into. B

Sacred Salad Sauce – Oddly, this is indeed billed as hot sauce for salads, which I tried but wasn’t totally in love with, conceptually. Built atop a somewhat thick mango puree, it folds in chillies, tomatoes, onion, garlic, tangerine juice, and salt, giving it a somewhat Caribbean flavor. Sacred Salad Sauce isn’t quite as hot as Sacred Sauce, thanks to the tropical, fruity attack, but it does build up quickly on the finish. It’s surprisingly green on the back end, but again that could pair well in a savory cocktail — provided the mango doesn’t take you too far off the flavor profile. B 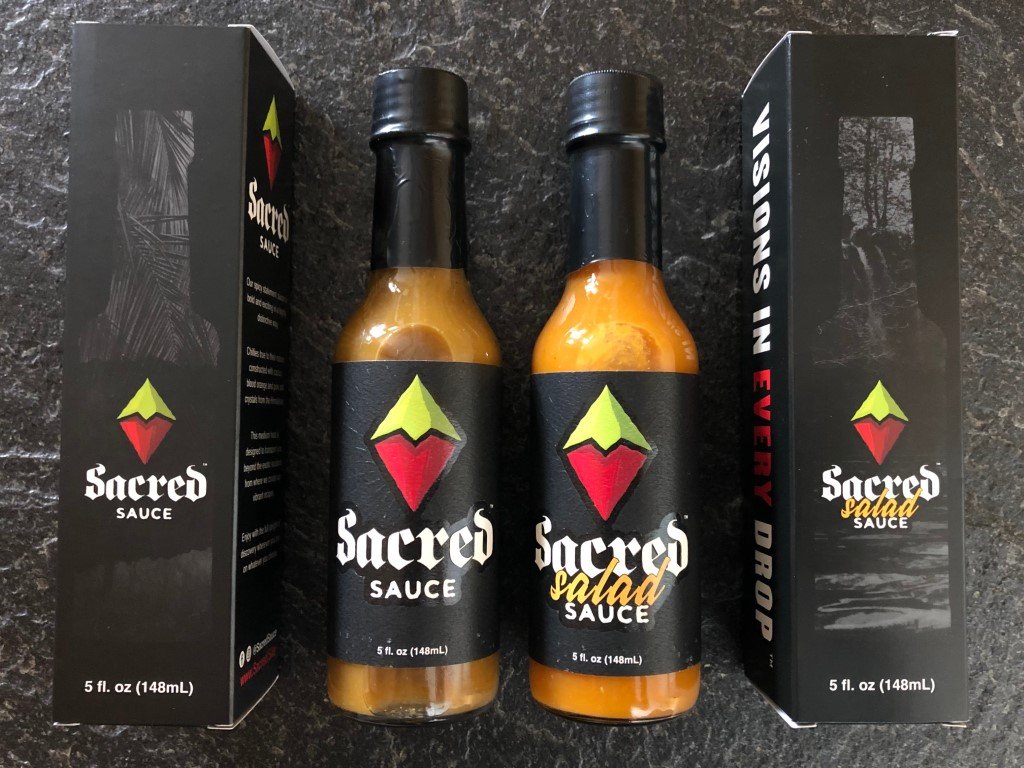