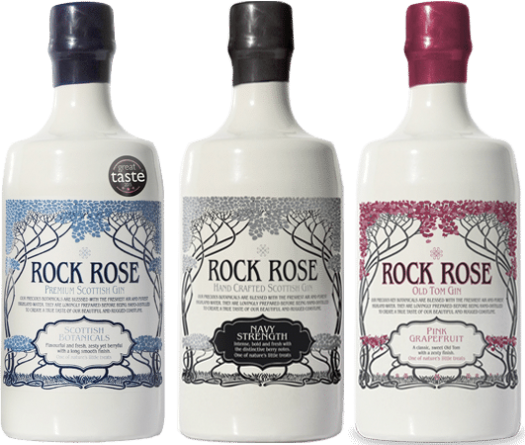 Dunnet Bay Distillers’ Rock Rose Gin is the latest entry into the increasingly crowded Scottish gin market — where more than 170 different gins are currently in production. The brand dates back to 2014, the result of 55 experiments to find the right botanical blend. The final recipe is an exotic mix that includes juniper, rose root, sea buckthorn, rowan berries (aka mountain ash), blueberries, cardamon, coriander seed, and verbena.

Rock Rose Gin Original Edition – Crisply herbal with a rush of juniper along with a mix of flowers, the nose feels classic in design, touched with notes of pepper and some indistinct fruit notes. The body is a bit weaker on the tongue than expected, though it’s short of coming across as watery. It’s flavorful, with bracing juniper followed quickly by a squeeze of lemony citrus and a licorice note. A slightly minty character emerges on the finish, along with some earthier, forest floor notes. Versatile, it feels perfectly designed for tonic while also fairing well in martinis and other short drinks. 83 proof. A- / $44 [BUY IT NOW FROM DRIZLY]

Rock Rose Gin Navy Strength – As near as I can tell, there’s no difference between this and the Original Edition, save the abv. At 57% alcohol, it’s no joke, and my complaints about the weak body are wholly inapplicable here. Rock Rose Navy Strength is sharp both on the nose and the tongue, which gives the fruitier character more room to shine. The juniper and other herbal notes are pushed more toward the back end, so while the attack lets the citrus shine, the finish of the Navy Strength feels more verdant than the Original Edition. Over time, things get quite bitter as it lingers on the back of the palate. Naturally, it’s also much stronger with the punch of alcohol, which presents its own challenge (or promise). 114 proof. A- / $50 [BUY IT NOW FROM DRIZLY] 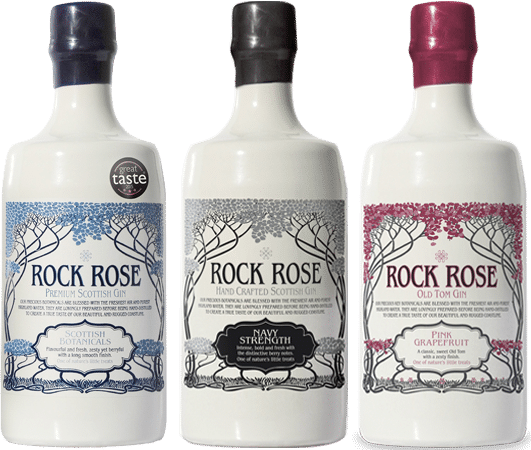