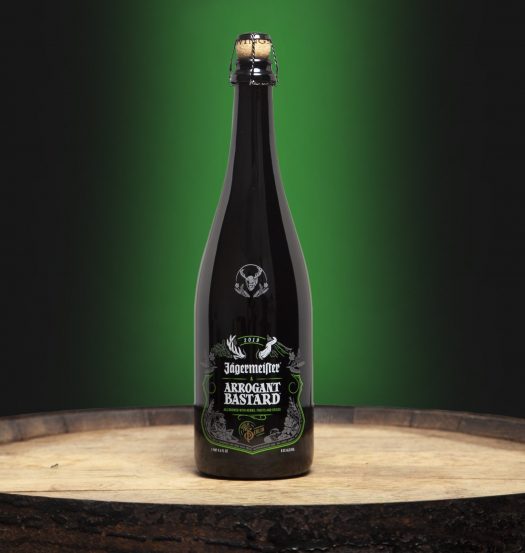 Stone Brewing’s latest collaboration is perhaps its wildest to date, teaming up with Jagermeister to create one of the most unusual beers I’ve had all year. Officially Jagermeister Arrogant Bastard Ale, unofficially “Jagerbastard,” it’s a crazy combination of high-test strong ale and Jagermeister spices.

Jägermeister continues to travel down a path of innovation with this first-ever liquid partnership in the US. Jägermeister has joined forces with fiercely independent craft brewer, Arrogant Consortia to create Jägermeister Arrogant Bastard Ale – it’s where liquid perfektion meets liquid arrogance.

Brewed and imported from Berlin, Jägermeister Arrogant Bastard Ale is an American strong ale featuring a variety of the 56 herbs roots fruits and spices found in the iconic herbal liqueur giving it a complex and truly unique flavor profile. Perfect for sipping on fall evenings, paired with a fine meal or simply given as a gift to any true appreciator of liquid arrogance and independence.

So, not really a blend of beer and Jagermeister, but an inspiration of sorts. Let’s try it out.

You might be expecting an ink-black porter-style brew the color of Jagermeister, but that’s not what you get here. The beer is a deep amber but fully translucent, not at all the coffee-black glass of mud you might be expecting. That said, both Stone and Jagermeister are well known for their overwhelming love of bitterness, and you won’t travel far before running headlong into plenty of that here. The nose kicks off with an ample hop character but is quickly overwhelmed by the iconic aromas of Jagermeister — stewed prunes, cloves, raisins, and licorice all on top of a molasses base.

On the palate, the hops and herbal/fruit notes find a clearer balance, that signature licorice character making a substantial impact against a substantial spice element. While fruitier elements of plums and black cherries shine through at times, it’s the hops that ultimately dominate, leaving the finish to settle on an intensely bitter, earthy, slightly piney note.

There’s so much going on here that it takes a couple of glasses to really wrap your mind around it all. Good news: It’s only sold in 750ml, corked bottles, so you’ll have plenty to guzzle. (20,000 bottles produced.) 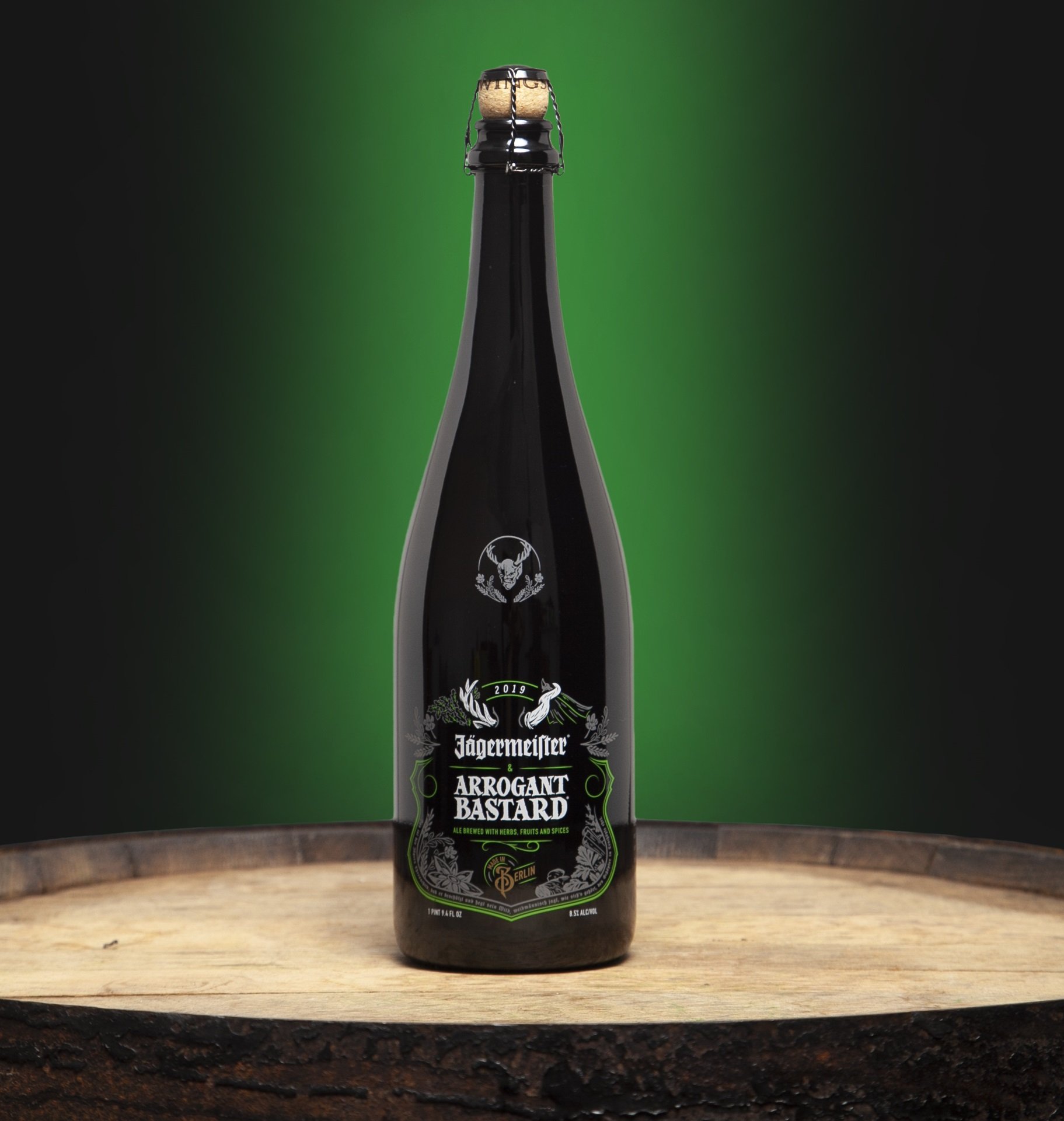