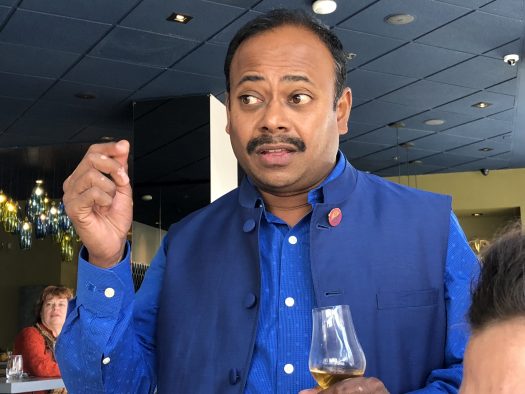 Curious where you’ll find the 8th largest rum brand in the world? Look to India, where Amrut has been pumping out the stuff since the 1960s (though the company dates back to 1948). Today, Amrut is probably best known in the U.S. as a whisky distiller, thanks to the efforts of Whisky Innovator and Assistant Distiller Ashok Chokalingam, who has overseen the company’s production of 33 expressions of whisky — some of it unheard of in production complexity — since it began bottling it in 2004.

Chokalingam recently ventured all the way to San Francisco to talk about the uniqueness of spirits production in India, where rum is made not from molasses but jaggery, and where the angel’s share nets a whopping 10 to 12 percent of the contents of a barrel every year. (It’s not just the heat in India, says Chokalingam; it’s the humidity.) 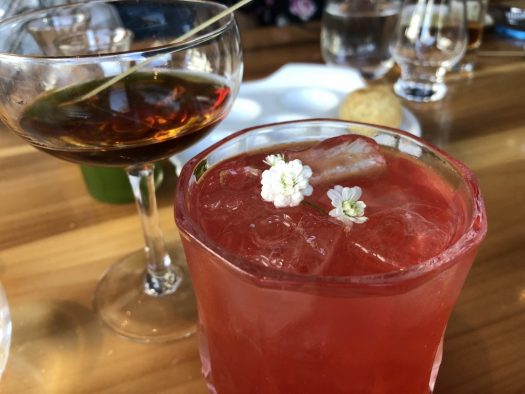 Over an informative lunch, Chokalingam sampled us on both rum and whisky from Amrut, alongside some unusual cocktails made with nods to the East.

Amrut Old Port Rum – This is Amrut’s racy, entry-level rum bottling; it has no connection to Port wine. It tastes spiced: an elevated rendition of Captain Morgan, with notes of banana, butterscotch, and cinnamon heavy on the nose, and lots of brown sugar and brown butter building on the palate. It’s got a bit of boozy heat on the somewhat rustic finish, but otherwise comes across as a perfectly credible offering. 80 proof. B+ / $20

Amrut Two Indies Rum – This is a blend of Caribbean-sourced rum (from Jamaica, Guyana, and Barbados) and Amrut’s own rum, both column- and pot-distilled, distilled from jaggery. The result is a rum that comes off as aromatically a bit winey, with notes of toasted coconut, spice, and some hogo/petrol overtones. The palate is a bit cleaner, with ample fruit and a straightforward sweetness, but plenty of that petrol remains behind in the end. The finish sees a reprise of wine notes and an enduring brown sugar character. 95.6 proof. B / $26

Amrut Single Malt Whisky – This is the core expression from Amrut — aka Amrut Indian — a NAS single malt. Spicy, with strong sherry notes, it’s got aromas of fresh linen, banana, and some Eastern spices, with a slight hint of dusky, funky mushroom. The palate is sweeter, heavier on the spice and showing a chocolate note, though a slight beef jerky character gives it an unexpected toughness. The finish is clean but short, first grain-focused then moving back again to the sherry character. 92 proof. B+ / $50 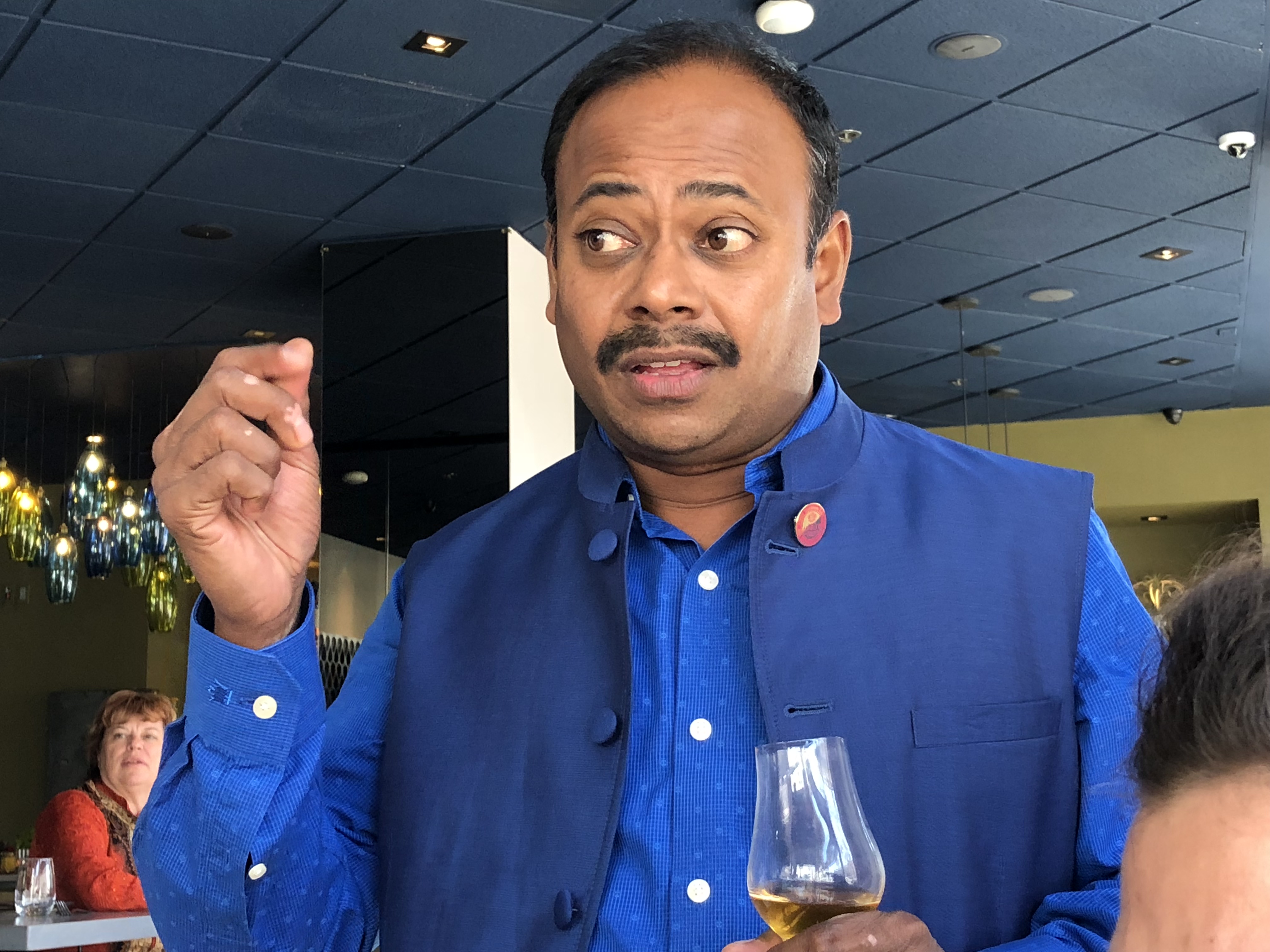 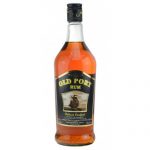