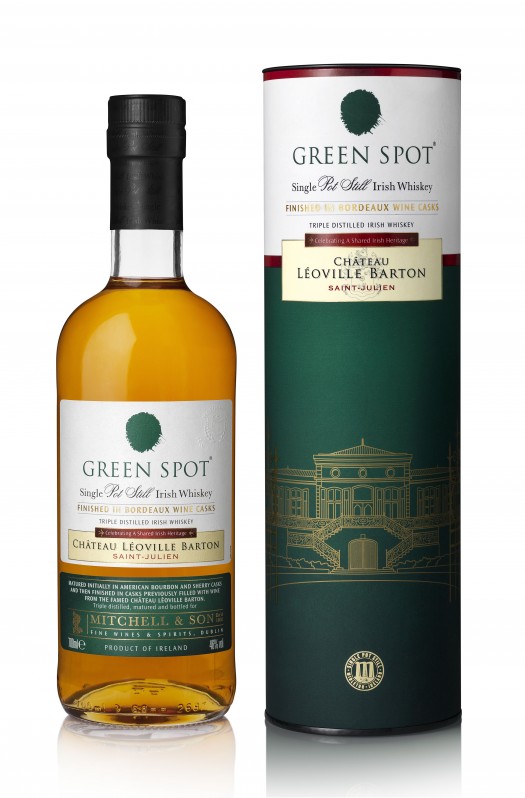 Available in the U.S. for about a year and a half, Green Spot has deservedly taken earned its reputation as one of the best Irish whiskeys on the market. And now for something completely different: Green Spot… finished in used Bordeaux wine casks.

This expression immediately cuts a spicier, more pungent figure. The nose showcases honey, vanilla, and banana notes, but it’s undercut by subtle and tannic red wine notes. You might initially find this confluence off-putting, but give it some time and things start to gel. On the palate, the wine influence is stronger, the tannin hitting first alongside some austere wood notes, the wine cask then adding a raisin note atop the more expected notes of marshmallow, toffee, and vanilla. The finish is huge, again bringing out more winey elements, chewy and powerful and punchy with some Christmas spice notes to polish things off. (Also of note is that this expression is considerably higher in alcohol than standard Green Spot, which is bottled at 80 proof.)

All told, this is a fun expression and an exciting spin on a whiskey that never had anything to prove. It isn’t quite as cohesive as the original, but it’s wholly worthwhile in its own right.