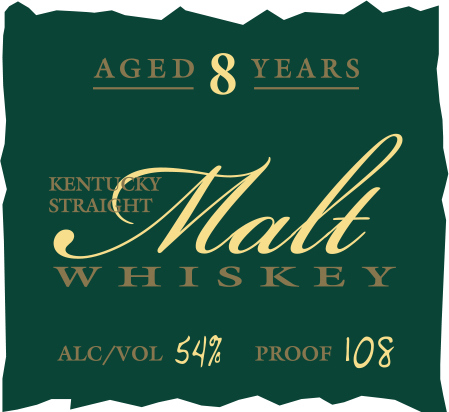 What a terrifying sight to unwrap a box featuring Heaven Hill’s latest and always highly-anticipated annual release of the Parker’s Heritage Collection… only to see in big, gold, italic type, the word Malt.

Yeah, now it’s Heaven Hill that is taking a stab at making a Kentucky Straight Malt with this non-bourbon release, the second non-bourbon expression to come out of HH in a row. (Last year’s release was a wheat whiskey.)

Kentucky doesn’t have the greatest track record working with malt whiskey, namely because it typically doesn’t sit well with the U.S. government-mandated new oak barrels that must be used to age it. (Scotch is commonly aged in used barrels, but in the U.S. if you don’t use new barrels you can’t call it “straight malt.” Thanks, Obama!) Want to see how badly this can go? Check out how Woodford fared with the same type of project in 2013.

Heaven Hill’s new release is made from a mash of 65% malted barley and 35% corn. Aged for 8 years in new oak, it comes out of the barrel at cask strength and pours a deep, dark brown in color. The nose showcases a well-rounded and powerful whiskey with prominent wood notes, some dried fruit, and a touch of citrus. There’s not much essence of roasted grain on the nose — which is a promising thing to see in a Kentucky malt.

The palate shows off a fairly bold and brash spirit, punchy and pushy with notes of toffee and butterscotch, dark brown sugar, and plenty of smoky, dusty lumberyard notes. There’s just a hint of fermented bean paste and a whiff of malt, the only real indications of the spirit’s barley base. But a whiskey doesn’t get this dark without wood having its way with the spirit, and here Heaven Hill is really pushing it to the limit. One gets the feeling that a single additional day in barrel would have turned this into a sawdusty mess, but as it stands it’s right on the edge of acceptability. (With that said, it’s the least impressive Parker’s Heritage release to date — although that bar is quite high.)

Don’t get me wrong, this is a whiskey with some good qualities and it’s definitely worth sampling just to see how Heaven Hill figured out how to make a drinkable malt in Kentucky. The answer seems simple enough: Kill it with oak!

108 proof. Continuing to honor and support Parker Beam, $5 from the sale of each bottle will go toward ALS research. 141 barrels produced. 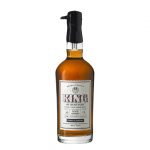