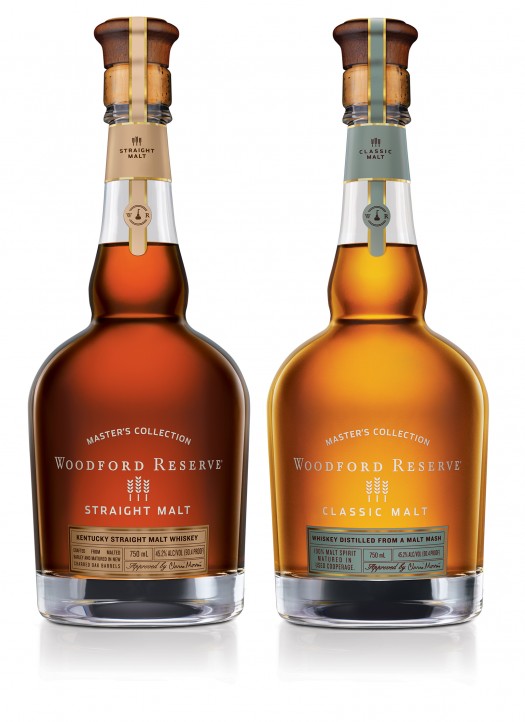 Every year around this time our friends at Woodford Reserve release a special, and sometimes experimental, whiskey release. And for 2013, Woodford is taking things to the Old World, bottling two single 100% malted barley whiskeys… made in Kentucky.

You’re reading that right: These are the first “fully matured whiskies crafted from malt in Kentucky since Prohibition.”

Woodford doesn’t offer any age information (or data on where the barley is from), but the two whiskeys are different in one respect: the aging regimen. The Woodford Classic Malt is aged in used Bourbon barrels (which would be typical of the way things are done in Scotland), and the Woodford Straight Malt is aged in new oak barrels (typical of the way Bourbon is aged). In other words, the Classic Malt should taste more like a Scotch, while the Straight Malt should have a unique, hybrid, more wood-driven Bourbon-like character to it. But do they?

Woodford Reserve Master’s Collection Classic Malt Whiskey – A pale blonde in color, this can’t be more than four or five years old. The nose is mild and uninspiring, with a moderate wood character atop some big bread and cereal notes. The body is at first appealing, with a fun vanilla cookie character, but this very quickly fades into an overwhelming maltiness alongside some overcooked fruits, all studded with the brashness of white dog, which gives the whiskey a moderate bite. The overall impact is not compelling, and not terribly satisfying. I’ll be honest that this is far from my favorite thing that Woodford has ever done, and in Scotland this would be regarded as an immature spirit that’s not nearly ready for release, much less one which you could get someone to pay $100 for. C-

Woodford Reserve Master’s Collection Straight Malt Whiskey – A considerably darker, sherry-colored spirit. The new oak does this spirit a favor at first, but only to an extent. Here, you’ll find plenty of malt character on the nose, and the body backs that up. But again, it’s simply undercooked, with a mess of underdeveloped flavors that recall stewed prunes, charred marshmallows, dried apricots, and asparagus. As with the Classic Malt, it’s very malty, with that white dog burn coming on strong in the finsh. I’m not sure whether I like this more or less than the Classic Malt, but I know I don’t like it much. The bigger body offers some help in one sense by giving the whiskey more power, but on the other hand that only serves to amplify the fact that here you have a bunch of underdeveloped flavors that just don’t work well together. C-

Kudos to Woodford for thinking outside the box, but I think it’s safe to chalk this one up as an experiment that just didn’t work out — and evidence as to why corn is king in Kentucky, not barley. 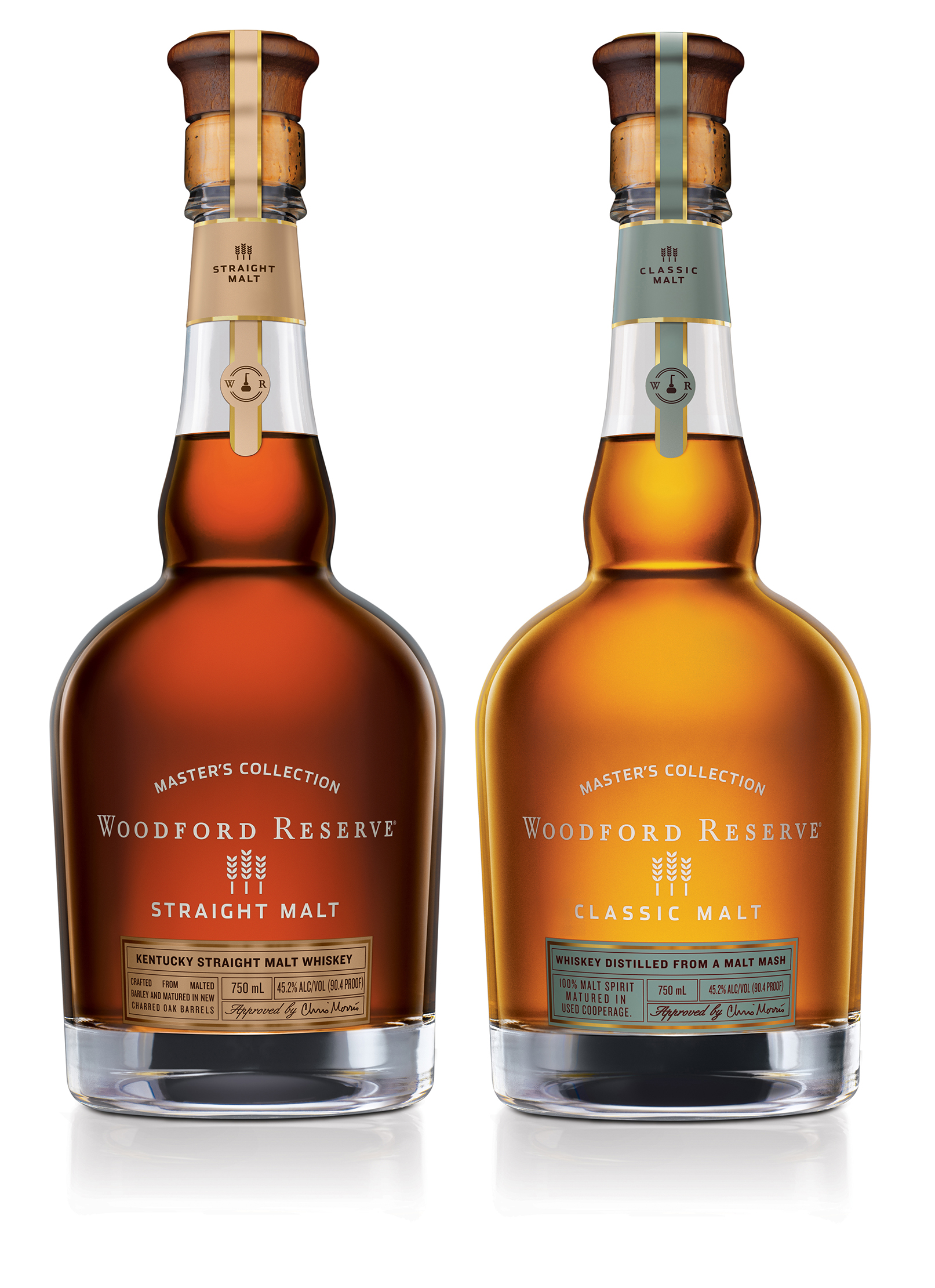