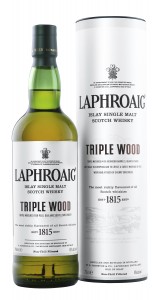 We’ve written an epic amount about Laphroaig over the years, but somehow one of its core bottlings has eluded a formal review. Laphroaig Triple Wood is officially a seasonal offering, but it’s pretty generally available, with 12,000 bottles produced for the U.S. market in 2012. (No figures were offered for 2013.) You’ll even find the Islay classic available for below list price if you hunt around.

Laphroaig Triple Wood refers to the three types of casks in which the spirit is aged: ex-Bourbon casks, miniature quarter casks, and ex-oloroso sherry casks. No age information is provided on the amount of time spent in each barrel, but the whisky is plenty mature and feels appropriately aged given its price tag.

The nose is distinctively Laphroaig, a salty, seaweedy peat bog of a spirit rich with sultry smokiness. The sherry element is evident, if only slightly, as you breathe it in, with a rich orange oil character that laces through the smoke. On the body, there’s plenty to enjoy. Plenty of peat, to be sure, but also fun vanilla nougat notes, butterscotch, maple syrup, and more of that orange character — here almost like orange candy. Fun, lots of depth, and as balanced as peated whiskys tend to get. 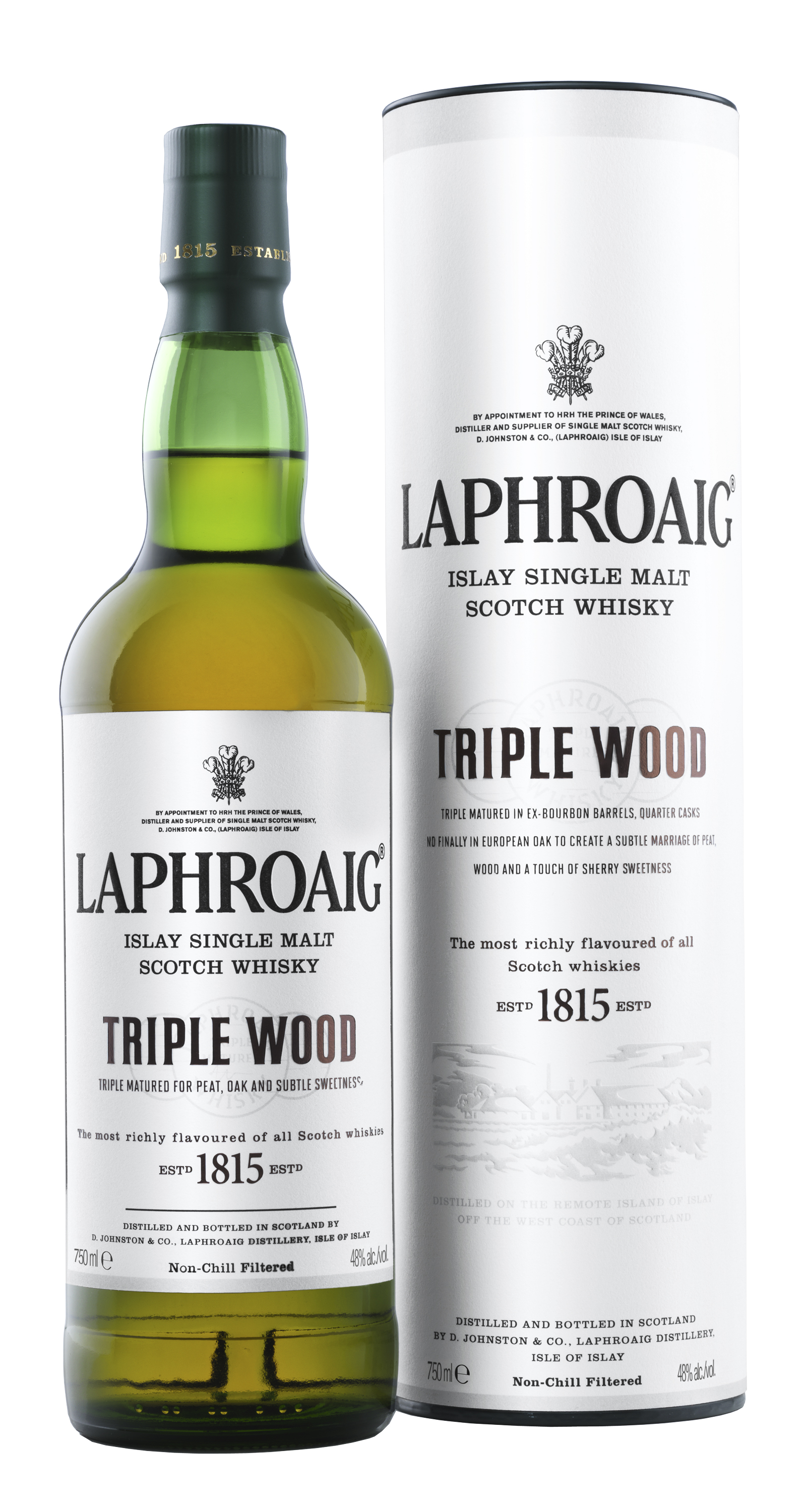