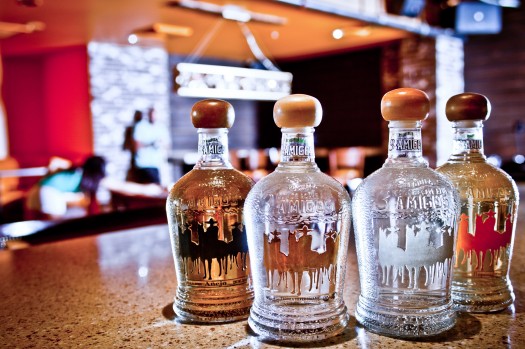 3 Amigos, based in the Jalisco Highlands, produces a veritable plethora of tequilas, all of which we got a chance a experience.  These tequilas are double-distilled instead of the usual three. All expressions are 80 proof and 100% agave. (Note: Prices on this lower-cost brand tend to vary wildly.) And so, without further ado…

3 Amigos Blanco Tequila – Straightforward nose of agave touched with lemongrass. Mild pepper and spice. On the body, surprisingly mild, almost to the point of being watery. The agave takes on an earthy, almost mushroom-like character, with a rustic and hot finish. I’m not thrilled with the balance, which offers just a touch of citrus against a muddy backbone. C+ / $20

3 Amigos Blanco Tequila Organic – Certified USDA (and European Union) Organic, but still a straight silver tequila. Overall similar notes to the non-organic version, but I think there’s more life to this expression. It’s got a better body and a more rounded mouthfeel, with a more harmonious balance of flavors — though the overall notes of agave, citrus, mushroom, and mild spice — are all still there. Fortunately, here the focus is more on the citrus, and less on the ‘shrooms. B+ / $25 [BUY IT NOW FROM DRIZLY]

3 Amigos Reposado Tequila – Spends 11 months in charred oak barrels, quite a spell for reposados. The color isn’t particularly dark, and the somewhat sharp, peppery, agave-laden and slightly smoky nose hints at a more powerful experience ahead. It’s quite a surprise then with this tequila reveals a more layered journey on the palate. Agave is up front, again with a touch of smoke, and plenty of lime and orange citrus underneath. Sweetness takes hold from there, with the palate becoming increasingly creamy and sultry, with notes of vanilla creme brulee. The finish continues this journey, balancing the sugar with just a touch of pepper. A very inviting reposado with lots to offer the explorer. A- / $25 [BUY IT NOW FROM DRIZLY]

3 Amigos Anejo Tequila – Aged for two years in oak, though again the color is surprisingly light considering that. Very well aged, the nose has lost most of its pungency, leaving behind a nose of vanilla and butterscotch, flecked with red pepper flakes. The agave’s still there, though. Breathe deep. The body follows suit, plenty sweet but not overdone, with a huge vanilla-meets-gingerbread character, with a return of that mushroomy, vegetal character on the back end. Kind of like the reposado, but in reverse. I think it works better the other way around. B+ / $30 [BUY IT NOW FROM DRIZLY]

And now, even more Three Amigos… 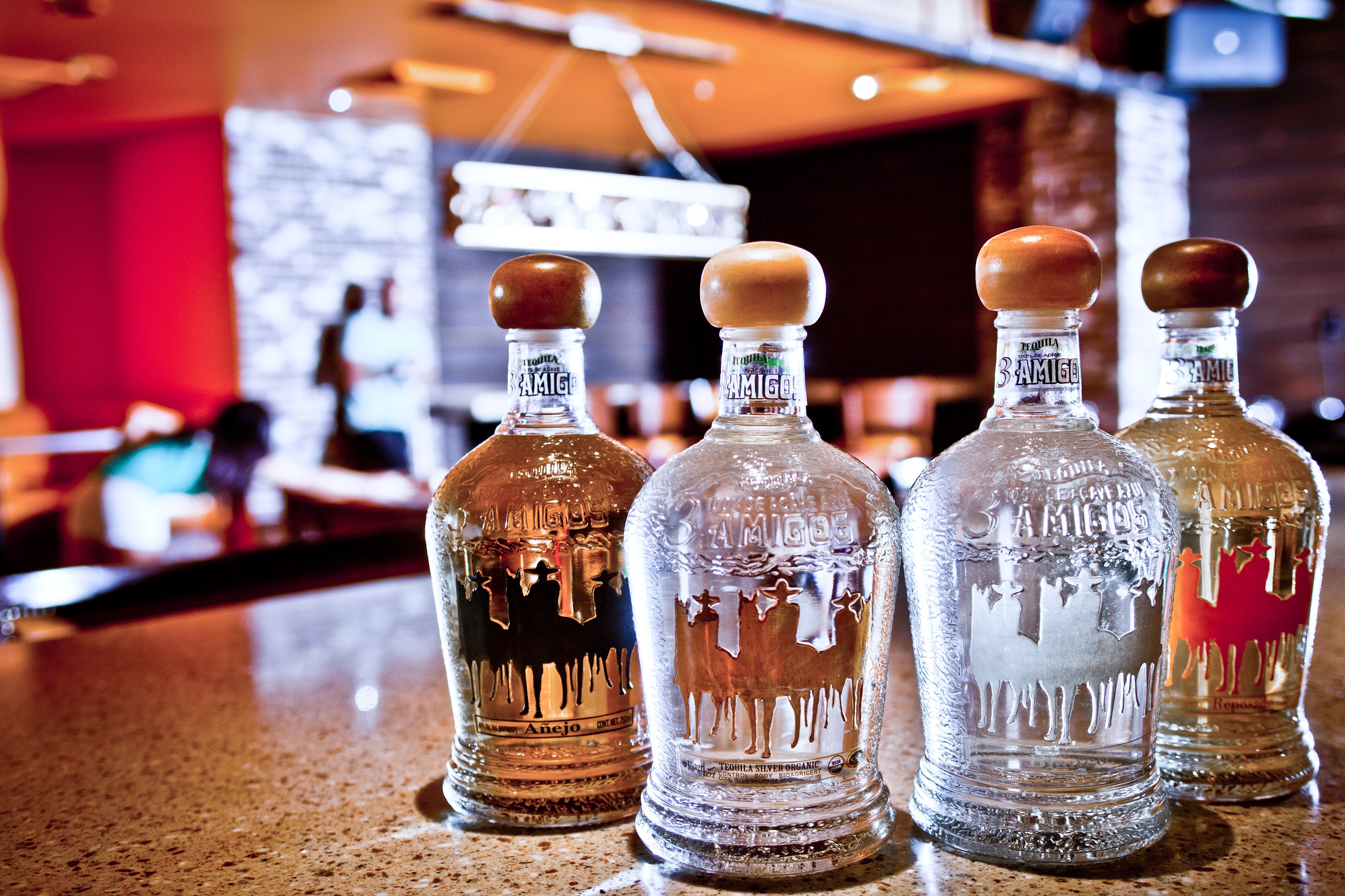