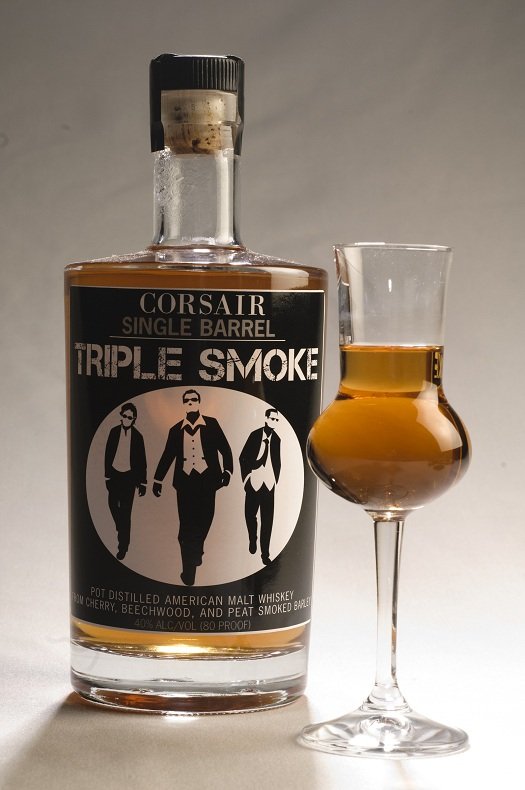 Once in a while, American whiskeymakers do the smoke thing: Corsair (which operates distilleries in both Kentucky and Tennessee) is a small distillery that makes a variety of products. Triple Smoke is created by taking “three fractions of malted barley, each smoked by a different fuel – cherry wood, peat, and beechwood” which is then pot distilled and barreled in new charred oak. For the record (if it matters), Corsair buys the barley pre-smoked. Each bottling is released as a single barrel, so mileage could vary considerably from bottle to bottle.

The nose is deceptive. It’s smoke, but not really peat. Overpowered by the two wood smokes, any sense of Scotch-like brooding is left behind by these much brighter flavors. Beyond that, you’ll need to take a sip…

On the palate, the cherry notes are downright shocking — who knew that the wood of the cherry tree could imbue whiskey with this much cherry flavor? The fruit notes are fresh and strong, backed with lots of sweetness, almost like a Bourbon. But then comes the mid-palate: Honey and graham crackers, perhaps a touch of strawberry jam. The smoke rolls in like fog on the finish, and finally you get that taste of peat. Delightfully, a second finish awaits after the peat fades — a lighter take on that smoky attack, with more of a burnt marshmallow character to it, comes along. Perhaps more layered than any other whiskey I’ve experienced — particularly a young one — Corsair’s Triple Smoke invites discussion and revisiting to a staggering degree. 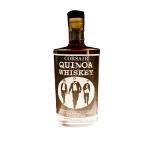