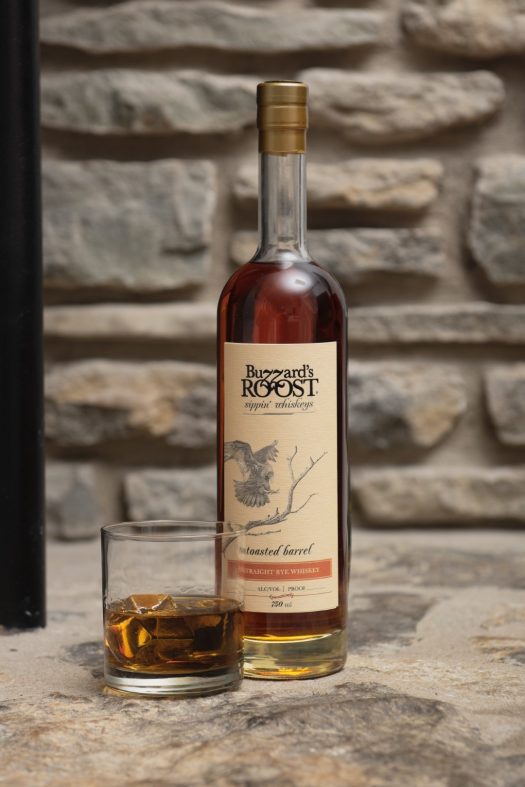 It’s been over a year since Drew reviewed our first expression from Buzzard’s Roost, a single barrel bottling from this increasingly prolific producer. (It now sports six different expressions of “sippin’ whiskey,” all rye originally sourced from MGP. Age information is available, but the bottles carry no formal age statements and no data on how long the finishing process is.)

Today we look at two of the brand’s more mainstream offerings, its well-regarded Toasted Barrel rye and the new Peated Barrel expression. Thoughts on both follow.

Both are bottled at 105 proof.

Buzzard’s Roost Straight Rye Toasted Barrel – 3 to 3 1/2 years old; finished in “proprietary proprietary barrels that feature custom toast profiles.” Sweet and winey on the nose, underneath that showcasing some brooding notes of cloves, asphalt, and a touch of almost acrid black pepper. The palate is distinctly youthful with raw granary character, but it’s filtered through some interesting elements that lift it up — brown butter, Christmas spice, brandied cherries. It’s fun for a few seconds, but then some hefty, traditional (and young) rye elements quickly come back into focus, alongside ample fresh sawdust notes. The finish finds a sense of balance among all of this — a tough proposition but one that’s reasonably successful until the barrel influence muscles its way back into focus. B / $80

Buzzard’s Roost Straight Rye Peated Barrel – 4 years old; no info on the peated barrel finishing is available. While it’s big and burly, with a clear barrel char note, it doesn’t come across as particularly “peated,” offering instead a more generalized smokiness against a backdrop of traditional rye spice notes. Smoke is more clearly evident on the palate, though again it’s particularly heavy with peat, but rather a toasty wood character that pairs curiously with notes of sweet strawberry, ample spice, and plenty of char. It’s all over the map from start to finish, and the conclusion is particularly odd, a somewhat overblown fruitiness mixing fitfully with lumberyard and smoky elements. Strange but not off-putting. B / $75 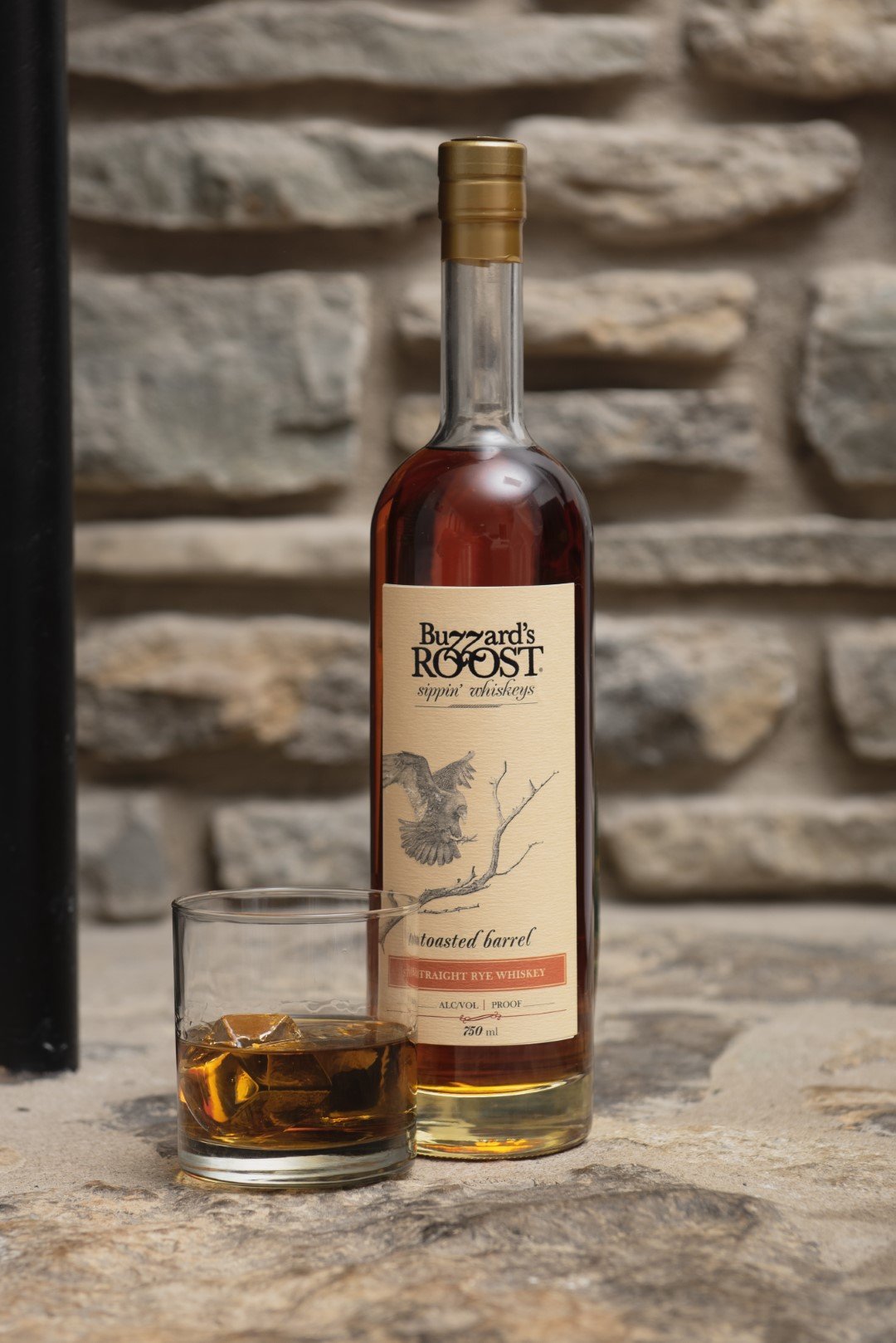