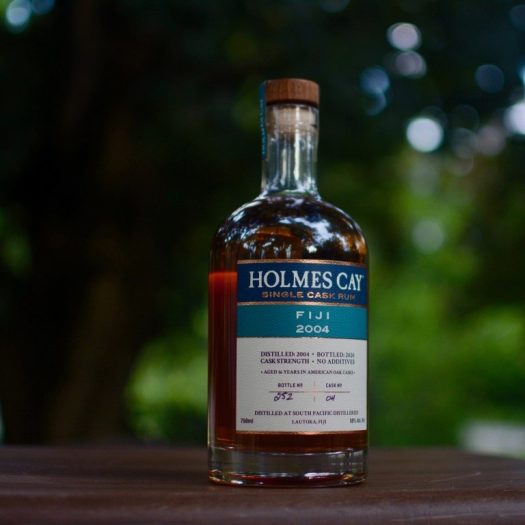 Holmes Cay, which launched its first independently-bottled rum in last year’s Barbados 2005 release, is back at it with two new expressions, one a 2004 from Fiji 2004 and the other a 2005 demerara from Guyana’s Port Mourant.

Both are bottled from single casks of 100% pot still rums, bottled at cask strength with no sugar added; additional details for each rum follow.

Holmes Cay Single Cask Rum Fiji 2004 – “An exceptional example of the classic Fijian rum profile. Tropically aged in an ex-bourbon barrel for 12 years with a further 4 years maturation in the UK in American oak casks, this 100% pot still rum was distilled in 2004 at the South Pacific Distilleries of Fiji and bottled in New York State.” A beautiful rum from start to finish, Fiji 2004 kicks off with an enveloping nose of maple and butterscotch, vanilla and brown sugar. The fruit bursts on the palate once the rum hits the tongue, with banana and pineapple notes leading to a slightly smoky finish that offers notes of barrel char, molasses, and a hint of caramel corn. Fiery but manageable, this one makes for an amazing cocktail float. 116 proof. 240 bottles made. A / $169 [BUY IT NOW FROM CASKERS]

Holmes Cay Single Cask Rum Guyana – Port Mourant Demerara 2005 – Port Mourant’s 300 year old wooden pot still is legendary. It was used to make this rum at Demerara Distillers in Guyana in 2005 and bottled in New York State, after aging for 15 years in the UK in American oak recycled rum casks. This is a much different animal than the Fiji, a savory and brooding rum that keeps the focus squarely on the earth. The nose is distinctly vegetal, with that intense hogo of a classy pot still rum immediately evident — alongside notes of orange peel and grated nutmeg. On the palate, the fruitier elements battle their way to the fore, with notes of flamed banana and lime leaf dominating, though there’s a thick layer on top of all of it. Intensely flavored and lasting, it’s a rum to turn to when a luxe pot still offering is on the bill. 112.8 proof. 180 bottles made. A- / $149 [BUY IT NOW FROM CASKERS] 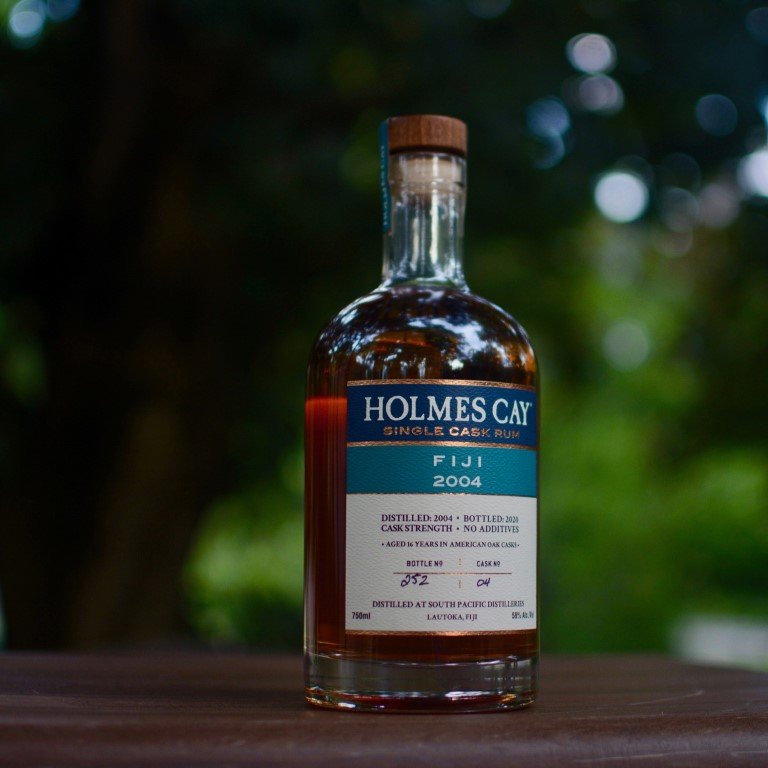