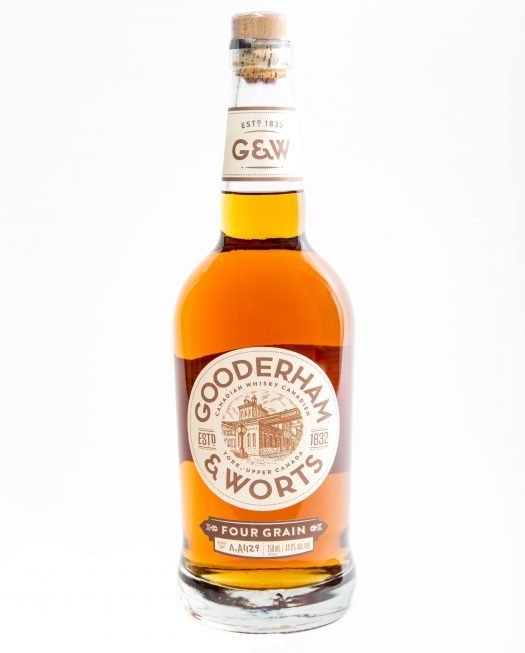 Gooderham & Worts is a truly historic brand in Canadian whiskydom. Dating back to the 1860s, the brand built a distillery in downtown Toronto in an area that is still known as that town’s distillery district today. The company has been acquired and changed hands several times over the years, and it is now under the broad ownership of Pernod Ricard. Corby’s, which produces J.P. Wiser’s in Canada, is its immediate parent company.

Gooderham & Worts is a recent revival of the brand by Don Livermore, Corby’s master blender, and it began almost as an experiment to see if he could recreate the style of whisky consumed in the late 1800s. It’s made from a four-grain mash of corn, rye, wheat and barley and bottled with no age statement.

Anyone who thinks Canadian whisky is light and delicate should give G&W a try. Immediately husky and aggressive, this whisky lays it on thick from the start. The nose is lightly nutty, but heavily laden with wood and a mishmash of greenery and camphor. The palate continues the theme, alternately offering notes of peanut brittle, green pepper, butterscotch, pot smoke, and barrel char. A meaty, beef jerky note lingers on the finish. While I will say it’s unlike any other whiskey I’ve tried — especially any Canadian whisky — here that primarily means it comes off as scattered and unbalanced, never really coming together in a cohesive, sensible way — at least not all that enjoyably so. 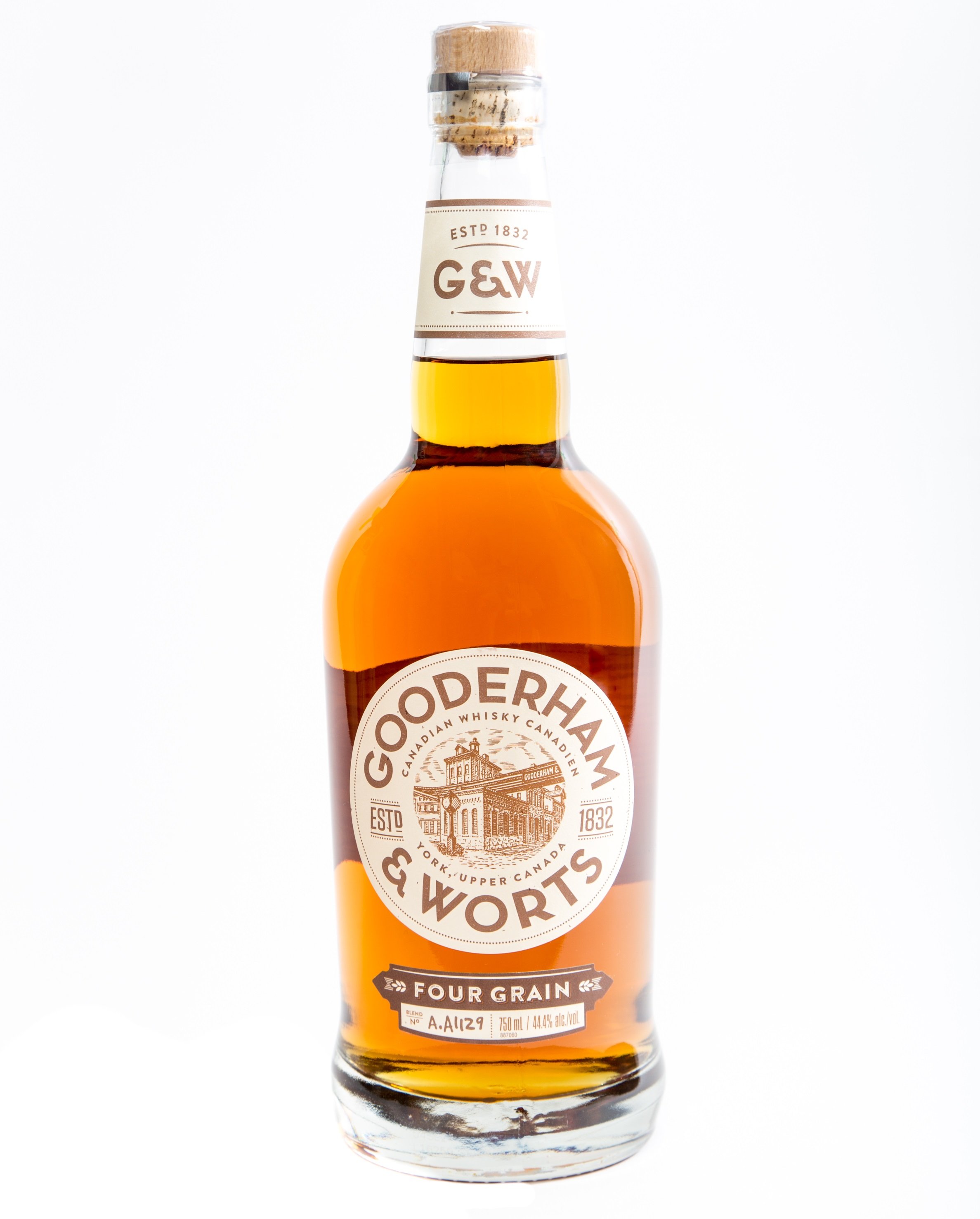