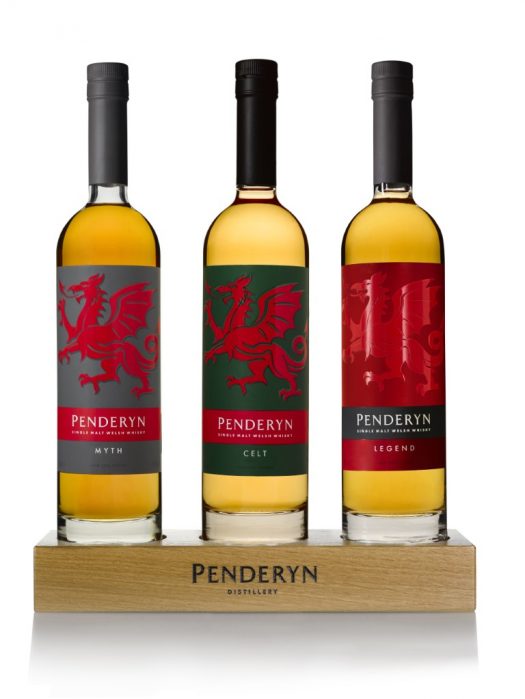 It’s been years since Penderyn, the most noteworthy of the whopping two whisky distillery in Wales, has made a major showing in the U.S., but thanks to importer ImpEx, that might be changing. ImpEx is bringing in four expressions of Penderyn’s single malts, a new expression finished in Madeira wine casks, plus three installments of Penderyn’s “Dragon” series (which are released at 86 proof in the U.S. vs. 82 proof in the rest of the world).

A little back story:

Penderyn whisky is distilled from a high quality malted barley wash which we produce on site. The new whisky spirit is produced from this barley wash on a specially commissioned unique whisky still, designed by a team led by engineer Dr. David Faraday, a relative of the great Victorian scientist, Michael Faraday.

Most casks come from Buffalo Trace, widely recognized as one of the finest bourbons in the world and respected for using some of the best casks in the industry. Evan Williams’ casks are also used, which are of outstanding quality and bring great provenance as Williams (a Welshman) was one of the founders of the American Bourbon industry.

Let’s taste all four of these spirits (none carry an age statement) and see what’s going well in Wales.

Penderyn Single Malt Welsh Whisky Madeira Finish – Aged in bourbon casks and finished in Madeira casks. Sharp on the nose, with some unusual notes of lime peel and pineapple — but mainly lots of fresh cereal. The palate is bold and quite lemony, but full of grain and toasty malt. Modest vanilla notes are fleeting, leading to a bready, almost charred character. Never really echoes wine but rather finishes on notes of green grass, heather, and burlap sack. Wholly drinkable, though. 92 proof. B / $46

Penderyn Single Malt Welsh Whisky Dragon Series Myth – “Matured in a range of specially selected ex-red wine and ex-bourbon casks.” Lots of fun stuff going on here in a soft but complex whisky. The nose is quite spicy — lots of toasty grain and gunpowder, but balanced by red pepper, shoe leather, and brown sugar. The palate shows a rush of sweetness — butterscotch, creme brulee, and Christmas cake — but it fades quickly, returning to notes of buttered toast and fragrant tobacco. Fruit finally shows its face on the lasting finish: spiced plums and red berries, adding even more layers to what turns out to be easily the best Welsh whisky I’ve had to date. 86 proof. A / $35

Penderyn Single Malt Welsh Whisky Dragon Series Celt – Finished in ex-peated quarter casks, making this the only semi-smoky expression of Penderyn in this lineup. The peat is noticeable though not overwhelming on the nose, a sort of secondhand peat, with fresh herbs and charcoal more readily evident. The palate sees ample smoke, but also notes of baked apples, thyme, and marshmallow — and it never really brings these wildly divergent components into focus. The finish is a bit more cohesive, though mainly because the peat character essentially takes over. 86 proof. B / $40 [BUY IT NOW FROM CASKERS]

Penderyn Single Malt Welsh Whisky Dragon Series Legend – Like Madeira Finish above, this is also a Madeira cask-finished whisky. The nose is quiet, lightly toasty with cereal notes, toasted coconut, and — much more so in this expression — a whiff of fortified wine. The palate is straightforward, moderate with cereal but touched with a bit of that pineapple as seen in the Madeira Finish above. The finish — there almost isn’t one. It’s gossamer thin, very mildly sweet, a little chewy with a nougat note, but otherwise mostly harmless. 86 proof. B / $35 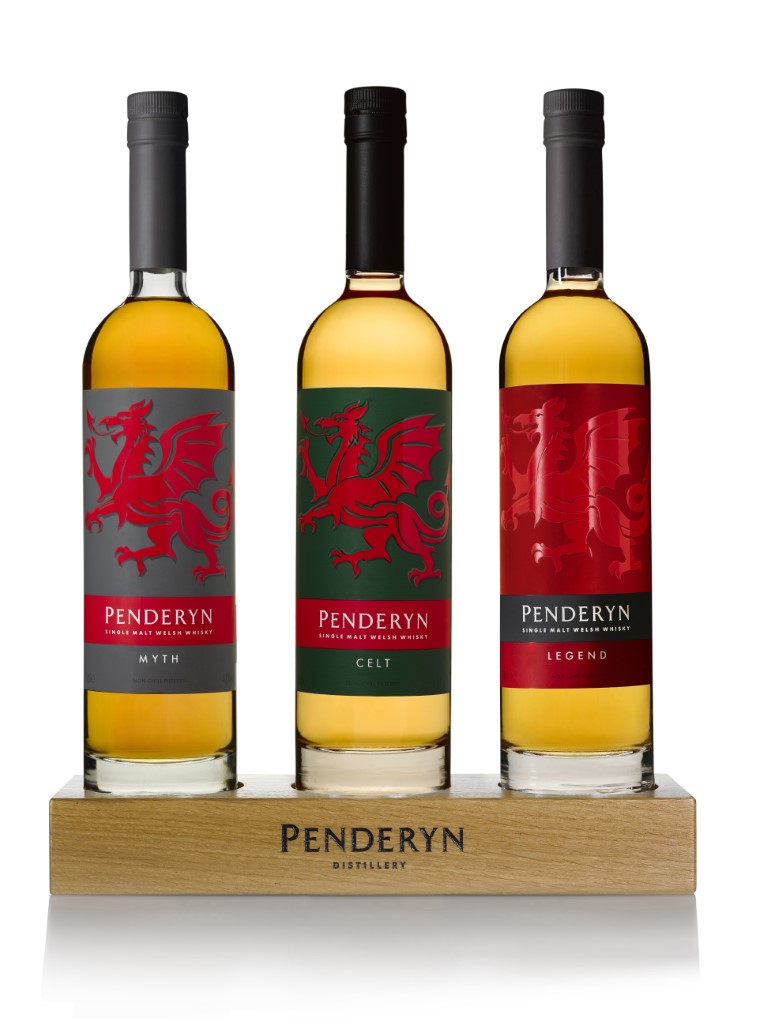