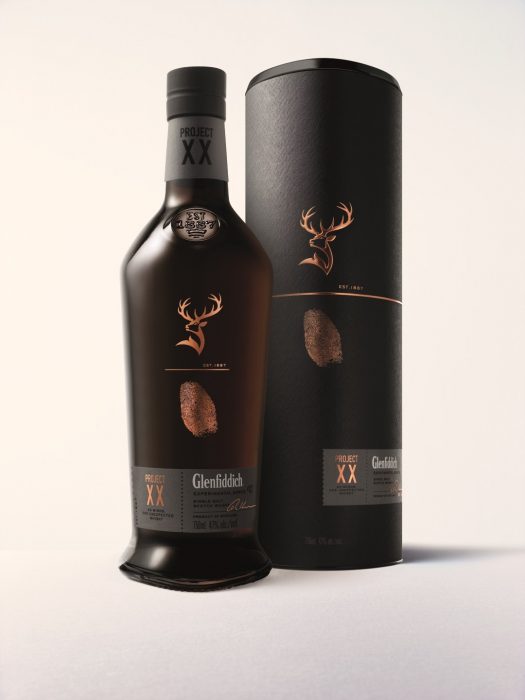 Glenfiddich’s Project XX (pronounced “twenty”) is a unique experiment that defies easy categorization. I’m going to let the distillery explain before I go any further:

Project XX is the result of one of the most ambitious malt experiments of Glenfiddich’s 130 year history. The expression is the collaboration between the 20 Glenfiddich Brand Ambassadors from 16 countries from all over the world and malt master Brian Kinsman, who developed one unexpected, extraordinary whisky by bringing together 20 very special single malts.

Going against normal whisky conventions, Brian invited the ambassadors to explore and each select a cask from a warehouse at the Glenfiddich Distillery in Dufftown. Many of these ambassadors are the foremost experts on Glenfiddich in their respective countries, introducing single malts to whisky connoisseurs, enthusiasts and novices, imparting knowledge and information. Brian’s ambition was to create one remarkable single malt, by combining the curiosity and knowledge of these 20 experts.

This freedom of choice resulted in a 20-strong collection of some of the most unusual whiskies from Glenfiddich’s unrivalled stocks, amassed and carefully nurtured throughout the brand’s 130 year history. After each expert had chosen a single cask, from aged malts matured in port pipes to ancient sherry butts and first fill bourbon casks, Brian skilfully produced the final variant to reflect their individual tastes and interests. Expertly married together in a small batch vatting, the final flavour profile defined even his expectations. 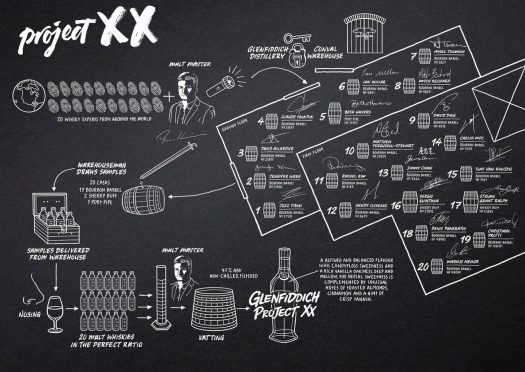 So, 20 brand ambassadors each picked out a barrel from the Glenfiddich warehouses and then Kinsman blended the whole thing together. It sounds nutty, but Glenfiddich actually let us know what each barrel was, and if you click the image to the right you can completely geek out on the data, right down to the cask numbers on each barrel selected. The 20 casks include 17 ex-bourbon barrels, 2 sherry butts, and one Port pipe.

It’s an unorthodox whisky to be sure, but much to my surprise it’s a completely worthwhile one. I think it’s because Glenfiddich is not really mixing whiskies at random but is rather mixing these whiskies with a bit of a guided hand. There’s some method to the madness here, perhaps thanks to a benevolent intelligent designer working behind the scenes. How else would the mix of 17 bourbon casks and just 3 wine casks come to be if each of the 20 ambassadors was selecting in a vacuum?

Never mind all that. Let’s taste it.

The nose is lightly salty and nutty with clear citrus overtones, plus hints of nougat and baking spice. Surprisingly enchanting, it leads the way to a palate that’s filled with fruit — oranges, cinnamon-spiced raisins, and some quince — as well as ample caramel and vanilla, the classic components of those 17 ex-bourbon casks. The sherry component is modest but integrates well with the bourbon-soaked base, folding in gentle citrus and sweet, brown sugar before the clove-heavy finish arrives, again offering some well-roasted walnut notes and a lingering wood character that harmonizes well with what’s come before.

Bottom line: To be honest, I can’t stop sipping it. Pick it up if you happen to see a bottle.

Update June 2017: I tasted a second bottle of Project XX and found this bottle to be significantly smokier than the original, with a pronounced decrease in sherry character, without so much of the sweet citrus on the nose. In its stead I found aromas of almonds, tea leaf, baked apples, and gentle baking spices. The palate is also sherry-restrained, though here more citrus notes make themselves known — though with more of a lime influence than an orange one. It’s a curiosity that shows how different one bottle can be from the next, and unfortunately a step down to around a B+. 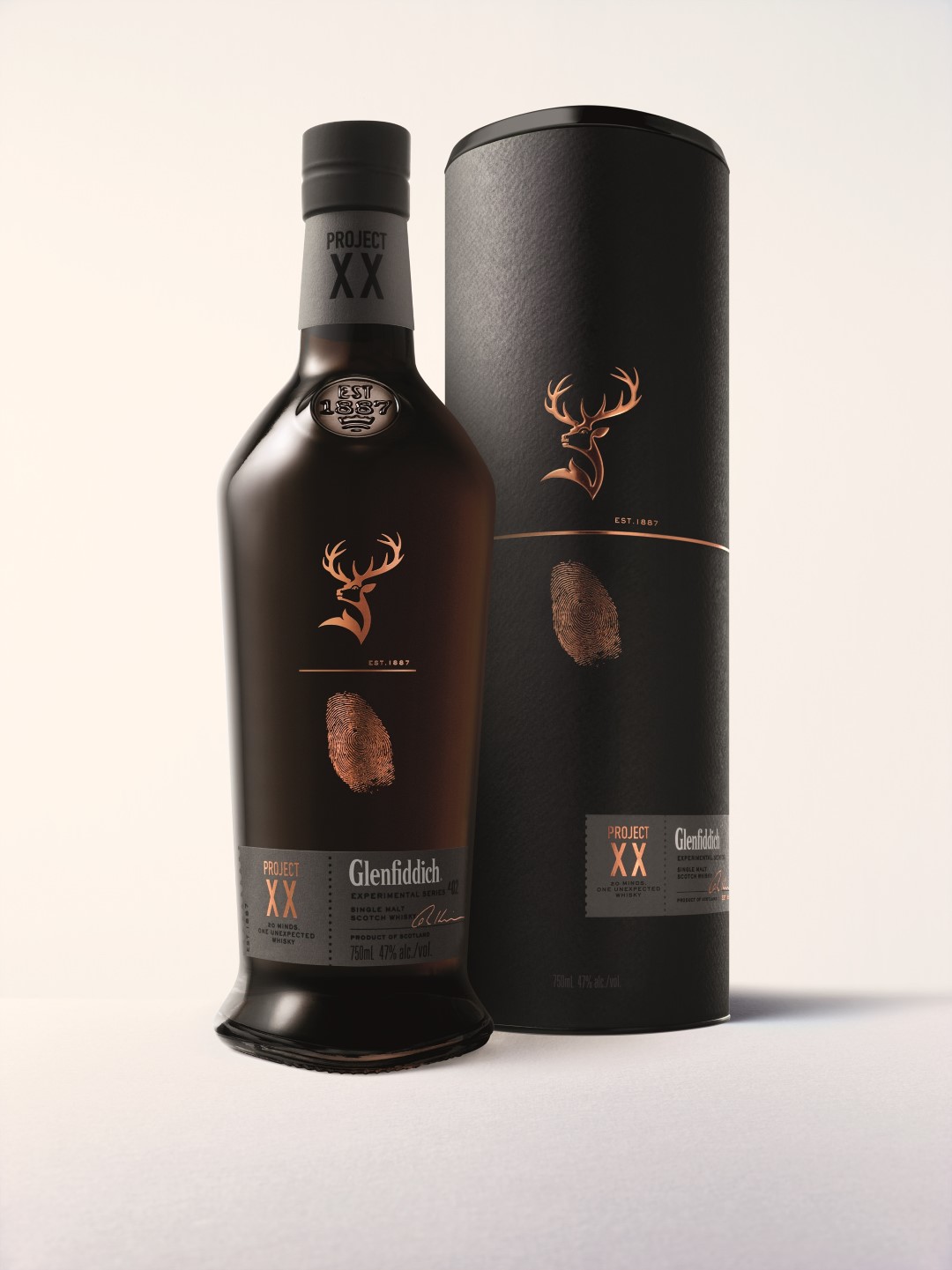