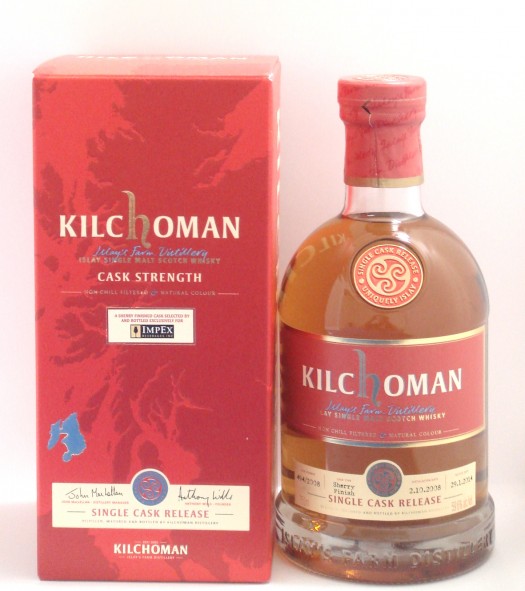 This bottling of Kilchoman carries the traditional Kilchoman label (rather than an independent bottler’s label), though it was bottled exclusively for the importer ImpEx (whose indie-bottled Exclusive Malts we regularly cover). You’ll know the difference by the red label vs. the usual Kilchoman blue. Inside, things are a bit different, too. After five years in an ex-Buffalo Trace cask, the whisky was finished in a Pedro Ximenez sherry hogshead for a few weeks. The single cask release (#494 for those curious) is bottled at cask strength.

The nose is pure Islay: Coal fire smoke, earthy peat moss, seaweed, and iodine. Dense and driven by the sea, the sherry makes only a slightly detectable impact here. The body, though, really shakes things up. Here you get plenty of citrusy sherry punch, plus raisins, sour candies, and grapefruit peel, all laced with smoky peat. It’s quite an experience, quite fiery at nearly 60% abv, so consider a touch of water to even things out.

The young Kilchoman is still finding its soul as a distillery, but really seems to be honing in on a formula that works. 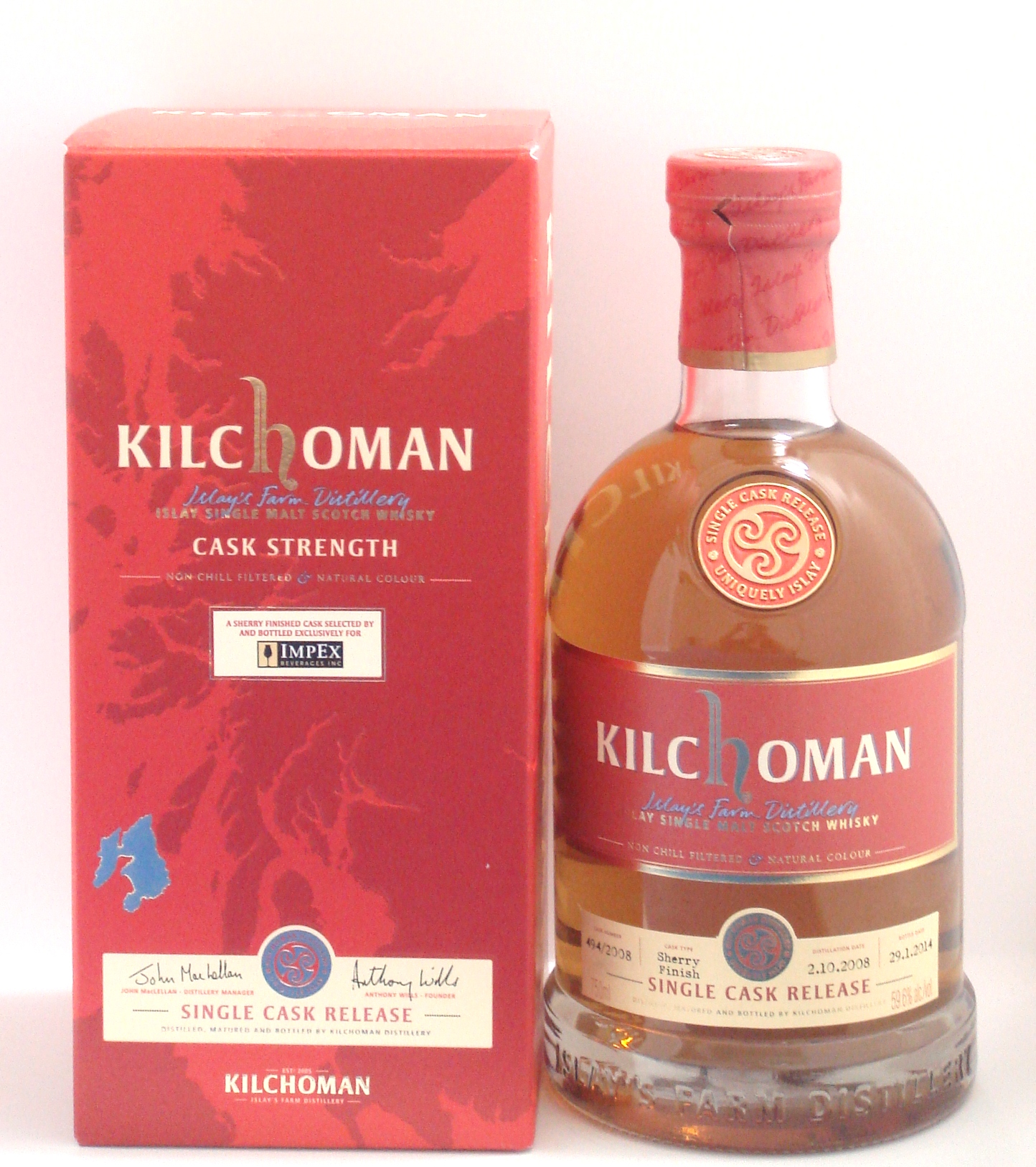