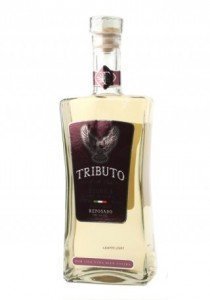 Tributo, aka Tributo a Mi Padre, is a new tequila brand — 100% agave, of course — with a bit of the twist. It’s high-end stuff, with serious production values and heavy attention to detail (the bottles alone look fancy fancy if you know what I mean)… but with prices designed to move. When’s the last time you saw a $30 anejo, eh? (Too bad the well-aged Extra Anejo doesn’t stick with the value theme.)

We reviewed three of Tributo’s expressions (the Blanco was not available). All expressions are 80 proof.

Tributo Reposado Tequila – Aged 7 months in white oak. Very modest straw yellow color. A little hot on the nose. Let the vapors blow off a bit before tucking in. Here you’ll find a nose of modest caramel and some cinnamon. The body is considerably more forward with the agave, but the sweeter finish gives it an almost candied feel. The finish is lengthy and quite vegetal, but not unpleasant, with a mild mint character to it. B / $28

Tributo Anejo Tequila – Aged 20 months in white oak. A touch darker in color, but still quite light. Considerable caramel on the nose, with just a hint of agave on it. Quite sweet on the body, with some whiskey character to it. Notes of vanilla, tea leaf, and a finish that heads toward that of caramel popcorn. Very enjoyable, and surprisingly and enticingly complex. A- / $30

Tributo Extra Anejo Tequila – Aged 42 months in a combination of white oak and French oak. Again there’s lots of caramel on the nose, but a surprising spicy-agave undercurrent persists. The sweet stuff grows in power, both on the nose and on the tongue, as you sip this well-aged tequila. The mouthfeel is round and full of caramel apple character, with subtle cinnamon notes. Agave makes its return on the finish, though more vegetal than it is spicy, but the herbal character is well integrated into the spirit — if for no other reason than to ensure you realize you’re drinking tequila and not rum. I’m not sure the final analysis adds a ton over the Anejo bottling — particularly at this price — but it’s definitely a worthwhile spirit on its merits. A- / $140 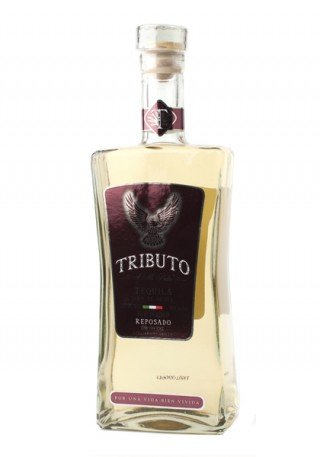