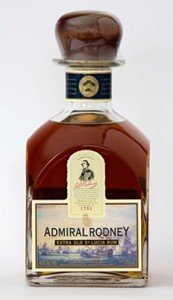 This bottle was given to me as a gift, brought back directly from St. Lucia. Bottled by St. Lucia Distillers, it is named after Admiral Georges Rodney, a British seaman who fought against the French in the 18th century.

This rum is continuous column distilled, then aged for an average of 12 years in American oak casks used at Jim Beam, Jack Daniels, and Buffalo Trace.

No wallflower, this is a big, old rum. If I didn’t know better I would have sworn this had some pot-distilled rum in it. You get some of that pot-still funk on the nose, but clear caramel notes chase it away. The body has plenty going on. Some grilled vegetable notes up front jump to licorice, oak, and vanilla extract.

That caramel character, again, very clean, comes on at the end, alongside modest chocolate notes. It’s a wonderful and inviting way to finish off this rum. Not too sweet, but balancing and quite delicious. 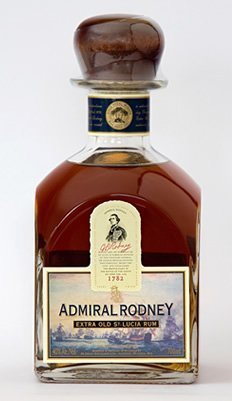