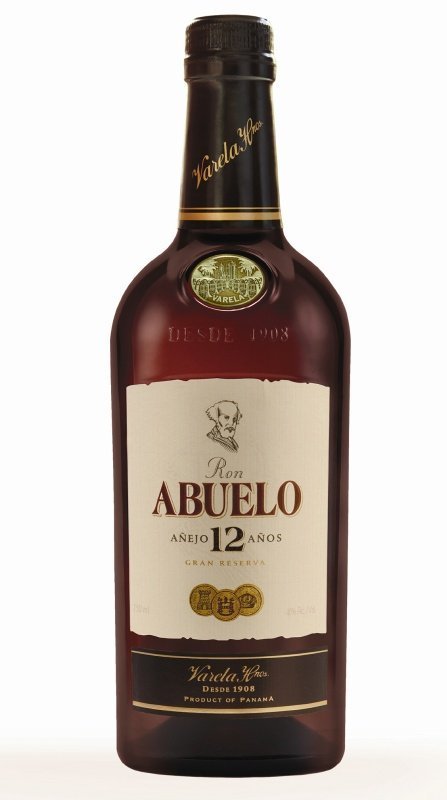 12 years is a lot to ask for a rum. Well, some rums handle that kind of time without complaint. Some end up begging for mercy.

When last we visited Ron Abuelo I was gushing over the Panamanian rum company’s seven-year old expression, and I stand by that. Tasting it fresh today, it’s still delicious, chocolatey, with a touch of Christmas spice, very nice on its own or as a mixer.

Abuelo’s 12 year is a considerably different animal. Quite a bit darker than the 7, this is a much richer and more full-bodied rum. That richness, though, comes in the form of a whole lot of wood, giving Abuelo 12 Anos an intense smokiness that dominates the drink.

Abuelo 12 demands ice — it’s too hot to drink without cooling its jets and watering it down a touch — and after that its charms become more apparent. But that smokiness and a greenish character still controls the body, even if it dominates the rum’s natural sweetness somewhat less on the rocks that it does when consumed neat. I like the 12 quite nicely, but the 7 is marginally more satisfying.