What Is Bottled-in-Bond Whiskey?

Occasionally, a new whiskey drinker will notice something unusual with select bottles of bourbon or American rye: There are occasional bottles that seem to share a long thin sticker over the cap of a bottle, that states that the whiskey is “bottled-in-bond.” What does the phrase mean, and what does it mean in practice for the whiskey itself? There’s a lot of history in those words, so sit back and enjoy a dive into the strange world of American alcohol production pre-Prohibition, where a Wild-West mentality prevailed and regulations were a whole lot looser than they are today.

As you may know, American whiskey production is heavily regulated, and if you put certain things — such as, say, the word “bourbon” — on the bottle’s label, that means that the contents of the bottle are adhering to said regulations; in the case of bourbon, that it’s made from a mash of at least 51% corn and aged in new, charred-oak barrels, among other things. Whiskey aficionados might be surprised to know that this wasn’t always the case. Especially before the turn of the 20th century, alcohol fraud was rampant. Bottlers could — and occasionally did — add water to paint thinner, pour in some coloring to turn it brown, and sell it as a bottle of bourbon to unsuspecting consumers. Less-sinister bottlers might merely add flavoring or coloring to their product, or water it down to stretch their alcohol supply a little longer.

In the 1890s the makers of legitimate bourbon had had enough of cheap imitations cutting into their profit margins and they took the matter to the courts, led by a name that those who appreciate fine American whiskey might recognize: Colonel E. H. Taylor, founder of what is now Buffalo Trace. The fight was bitter, with the defendants claiming that Taylor and his friends were just out to create a monopoly, but President Grover Cleveland took Taylor’s side when, on March 3, 1897, he signed the Bottled-in-Bond Act into law.

So that’s the history, but what does bottled-in-bond actually mean? Basically, it creates an avenue for government oversight on spirits distilled in America. We’ve been talking exclusively about whiskey, and for the most part you’ll only see bottled-in-bond whiskey, but there’s no hard and fast rule about that, and there are other types of American spirits that are bonded: Christian Brothers now makes a bonded brandy, for example.

In order to be able to call itself “bottled-in-bond,” a spirit has to follow the strict guidelines contained in the Bottled-in-Bond Act: It needs to be labelled with the same class of spirits that it actually contains within, the label has to contain the name of the actual distillery or the trade name the distillery uses for the spirits, it has to have been stored for at least four years in wood barrels, it can’t have anything added to or subtracted from it, and it has to be bottled at at least 100 proof. If a bottle meets what’s expected of them under the Act, it’s adorned with a sticker over the mouth of the bottle that states the season of production, the date of bottling, the proof of the spirit, and the district the distiller resides in. While it is aging, bonded whiskey is actually stored in locked, bonded warehouses which are routinely inspected by the government to ensure the rules are being followed.

So what’s the big deal about bottled-in-bond? Well these days, not much. In the age of bourbon fanatics who can learn everything there is to know about their favorite spirit online, not much is hidden from the consumer anymore (except perhaps for the actual distillery a sourced whiskey came from). To be honest, the Bottled-in-Bond Act, as well as the subsequent Pure Food and Drug Act, may have been so successful as to drive most illegitimate bottlers out of business. These days, the bottled-in-bond sticker is more of a marketing tool, a nostalgic throwback to pre-Prohibition spirits production.

That’s not to say that bottled-in-bond is meaningless, of course; because a bonded whiskey has to be aged for 4 years and bottled at 100 proof, when picking one up you can be reasonably sure you’re getting a solid bottle, and bonded whiskey tends to be fairly inexpensive. Old Grand-Dad Bonded and J.T.S. Brown are hidden gems for those in the know, both great 100 proof bourbons for under $30. Rittenhouse Rye is a wonderful and inexpensive bonded rye that makes a great manhattan, and even Jim Beam has a worthwhile bonded offering. Next time you find yourself deciding on a bottle of whiskey, don’t be afraid of the lower shelves, and if you see that bonded sticker on any of them, pick one up and savor a taste of whiskey history. It might become your new favorite bottle. 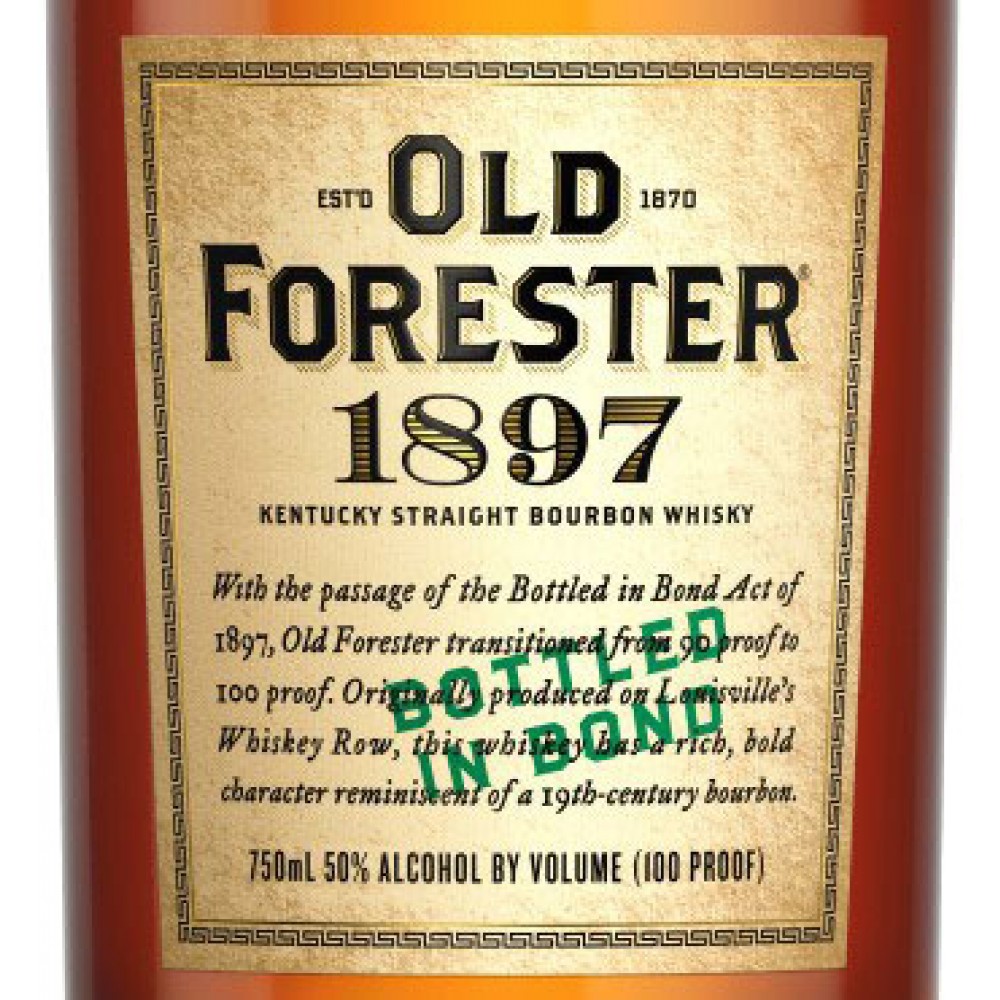