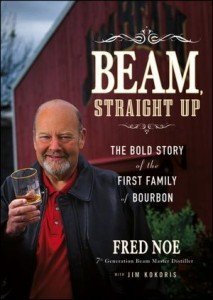 The secondary title of Fred Noe’s memoir could serve as ammunition for contentious debate among scholars and devotees of bourbon culture. “The Bold Story Of The First Family of Bourbon” is a hefty declaration when considering the many families of Kentucky whose heritage calls back several generations — some right down to the Commonwealth’s pioneering days. That said, few families have loomed so large or contributed so much to the advancement of bourbon as those with the surname Beam.

As the 7th generation Beam master distiller, Fred Noe starts his memoir with a refreshing, straight-forward, honest truth: He hates books and probably didn’t read enough during his formative years.  Noe’s easygoing nature and declaration of tone is reinforced no less than a few pages later, courtesy of a foreword by Detroit’s foremost scholar of redneck culture and current Beam spokesman, Kid Rock. It’s this immediate informal tone that sets the course for the remainder of Beam, Straight Up.  The remaining pages tell the story of Fred Noe, a man with a charmed life if there ever was one. Essentially born into bourbon royalty, Noe spends most of his time subtlety telling his family’s story through sidebars and notes while recounting amusing anecdotes of a wild youth full of hard lessons, failures, and victories.

However, the book’s strengths also arrive with a drawback. With any solid autobiography full of raucous confessional tales, it finds itself worthy of some follow up questions: What stories were not fit to print? Which tales were sanitized? Which were omitted entirely courtesy of an editorial board of salespeople and corporate executives? An uncut and non-chill filtered version would be more engaging and intriguing for those unconcerned with a squeaky clean image.

Beam, Straight Up is a book for anyone wishing to learn more about the bourbon business and get a bit of history along the way, but it doesn’t sit well with the intensity delivered by some other authors who are just as passionate about the subject. It is not a complex book, but it’s highly entertaining and manages to be informative without resorting to dry history or scientific minutiae. Noe and co-author (and longtime Beam employee) Jim Kokoris do a wonderful job keeping the reader engaged from start to finish.

So how best to assess an autobiography that’s so up front and honest? Very simply: by enjoying it at face value as a collection of tales from a Kentucky boy living the bourbon dream. Nothing more, nothing less, and maybe with a glass of Devil’s Cut. 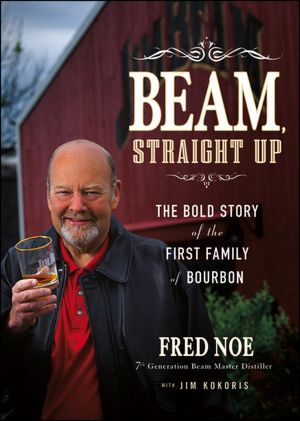