Understanding the Wines of France 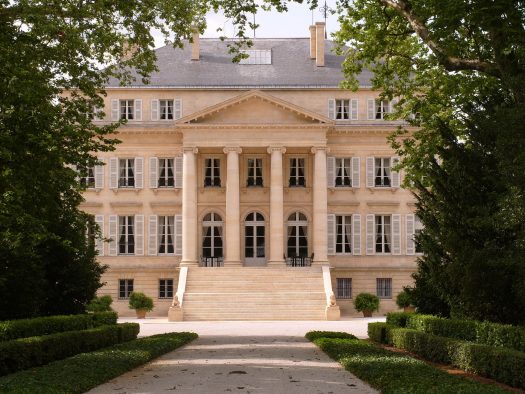 To an average wine imbiber, a trek through the new world wine section of their store of choice is a painless ordeal; a California Cabernet has “Cabernet Sauvignon” written right there on the label. Same with an Oregon Pinot Noir, an Australian Syrah, and just about any other “New World” wine. Blends might be trickier, but oftentimes they’ll have a breakdown of which varietals they’re made of somewhere on the label.

This is not so for the labels from most wine-producing countries in Europe, which to the uninitiated can seem maddeningly confusing and needlessly opaque. How can someone tell what is in a bottle of Les Cadrans de Lassegue Saint-Emilion Grand Cru, for instance? The answer is that, while French wine labels might be vague, France’s wineries are dominated by the governmental body Appellation d’Origine Contrôlée, or AOC (with France’s entry into the EU, technically the term is now AOP, but many wineries still use the designation AOC). The AOC’s laws are very, very strict about what grapes can be grown in what region of the country, in order to maintain the terroir, or the individual taste of a wine region, and so by knowing how these grapes and regions match up, you’ll always have at least a basic idea of what to expect in any bottle of French wine. Join us today to take a whirlwind tour through four of France’s top wine regions: Bordeaux, Burgundy, Alsace, and the Rhône Valley.

Bordeaux is the most famous of France’s wine regions — perhaps of all of the world’s wine regions — and is the region that most people think of when they think of French wine. Located just inland from the Atlantic Ocean on France’s southwest side, split in two by the Gironde estuary, some of the most expensive wines in the world come from Bordeaux, including the several-thousand-dollar Château Cheval Blanc, which featured heavily in the movie Sideways. The grapes most regularly used in red Bordeaux wines include Cabernet Sauvignon, Merlot, Malbec, Petit Verdot, and Carbernet Franc, but of course it can’t be so simple as to just say that and call it a day. The split in the region caused by the Gironde also causes a split in the varietals of grapes used in the wines: on the left bank of the river, including areas like Médoc and Graves, Cabernet Sauvignon dominates the wines, whereas on the right bank, typified by areas like Saint-Émilion and Pomerol, are heavily Merlot-based wines. White Bordeaux blends are typically made between the two rivers that form the estuary, and are blends of Sauvignon Blanc, Semillon, and Muscadelle. Thanks to Bordeaux blending processes, a good Bordeaux can be endlessly complex, with fruit notes subordinate to tastes and scents like pencil lead, flat stone, loam, and others, depending on which grapes are used. They can be intimidating for new wine drinkers, but a Bordeaux blend has incredible aging potential and can continue to surprise you with new flavors and aromas hours after it’s been opened.

Across the country from Bordeaux, nearing the central east of France, is the region of Burgundy. The regional names you’ll see on the label for Burgundy include Chablis, Macon, and Beaujolais, but unlike Bordeaux, things are simpler here: With one exception, all red Burgundy is made with Pinot Noir grapes, and with no exceptions, all white Burgundy is made with Chardonnay grapes. So why not just slap the grape name on the bottle? Because terroir is still strongly in effect within Burgundy, and white Burgundies made in different regions, for instance, can taste completely different. A white Burgundy from Chablis, for instance, usually tastes very dry, with a white stone minerality, not at all like a Chardonnay someone used to California butter bombs like Rombauer would expect, whereas white Burgundies from Pouilly-Fuisse tend to be more woody and creamy. The one exception to the Pinor Noir-based red Burgundies are the wines from Beaujolais. As you may know if you join in the tradition of opening a bottle of Beaujolais Nouveau around Thanksgiving, Beaujolais is made with the Gamay grape, which is more fruit-forward and immediately ready to drink than a drier, earthier Burgundy made from Pinot Noir.

North of Burgundy, in the upper northeast of the country, right on the border with Germany, lies the region of Alsace. In the history of the two countries, Alsace has always been a point of contention, and it has changed hands between the two countless times; this gives the region a strong German influence that is shared with their wines. Alsatian wines are made almost exclusively with white grapes, especially Riesling and Gewurztraminer. They’re made in a more dry, mineral-forward style than someone used to United States Riesling and Gewurz might expect, but like an Italian Pinot Grigio, they’re very refreshing and go great with food. Alsatian Rieslings especially also have excellent aging potential among white wines due to their acidity, and in good conditions can continue to age well for decades.

Too cold up in Alsace? Head south, starting in the Swiss Alps and ending at France’s beautiful eastern Mediterranean coast, near Italy, where you’ll find the wine-growing region of the Rhône Valley. For someone used to a more fruit-forward style of red wine like those found in California or Australia, the wines from the Rhône area might be a good jumping-off point into the world of French wines. The primary grapes used in Rhône blends include red grapes like Syrah, Grenache, Mourvèdre, and Cinsault, as well as white grapes such as Grenache Blanc, Marsanne, and Viognier, though AOC allows additional varietals to be blended into the wines in more prestigious regions. Starting up in the north of the Rhône, around the Swiss Alps, you’ll find regions like Crozes-Hermitage that make spicy, savory Syrah that will age wonderfully for years. Further south you’ll find more of an influence of Grenache and Mourvèdre in the wines, from inexpensive Côtes-du-Rhône, to pricier, more complex Gigondas and Vacqueyras, to gorgeous, sumptuous blends from around the former Papal enclave of Avignon, called Châteauneuf-du-Pape. While the northern Syrahs tend to be savory and meaty, the climate of southern Rhône produces rich blends with a perfect balance of berries and the natural terroir that French wine strives for.

This is of course only very a basic overview of France’s four best-known wine regions. Whole books have been written about each of these, and there are many more lesser-known regions within the country, like the Loire Valley and the Languedoc-Roussillon. Hopefully this overview will help you try a new French wine or two, and discover the wonders that the country has in store for a curious drinker. 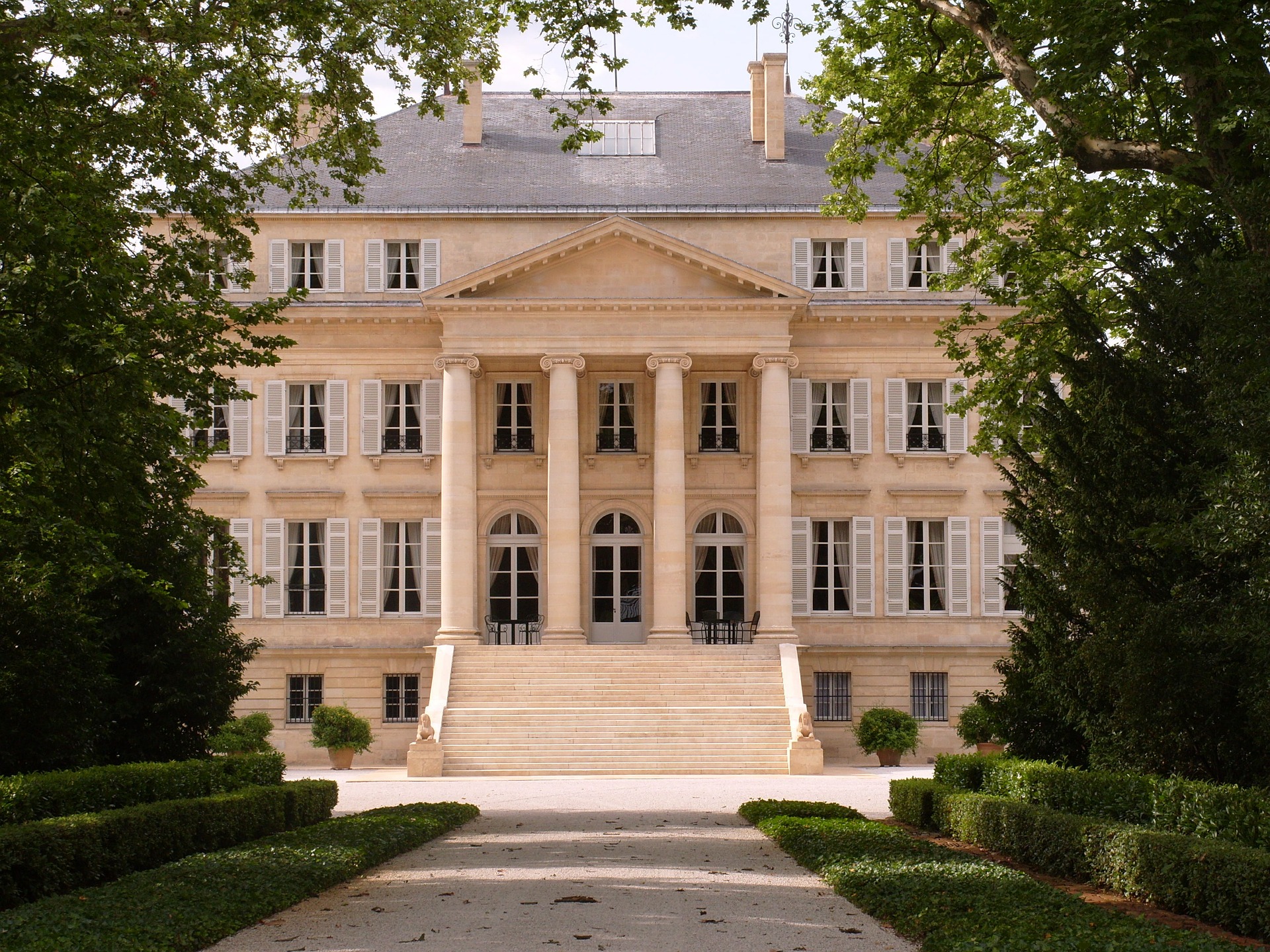 Book Review: Bettane & Desseauve’s Guide to the Wines of France