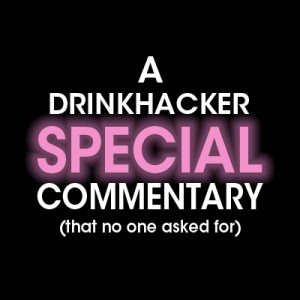 Perhaps the most troublesome trend from the announcement of Suntory’s potential purchase of Beam yesterday is the stench emanating from that petri dish of democracy, the anonymous reactionary commenter festering in pockets of news web portals and its hydra-headed cousin, social media. Some of the contributions have been a bit disturbing and mildly ill-informed. In the efforts of providing a counter-argument, let’s take some of these ire-filled declarations from the chorus and consider them for a moment.

1.“This is the economic equivalent of Pearl Harbor” or: “This is the continued march of Socialism across the country”

The latter was heard on afternoon drive talk radio here in my old Kentucky home. It was tempting to take the bait and call in and inform the dear host that Japan really isn’t too keen on socialism, and that
his geography compass was off the marker by a few degrees/nations.

Beam jobs in Kentucky are relatively safe. At least for now, they’re not going anywhere. Beam Global has too much invested in the state – historically and economically – to just jump ship to Japan or
Connecticut. The distilleries are here, the logistics are here, the know-how is here, and the product is here. For those worried jobs will be shifted overseas? Remember one of the golden rules: in order for a spirit to be legally christened bourbon, it must be made right here on our fruited plains. This is something most of the established world has acknowledged and agreed to comply with.

From the always excellent Scotch and Ice Cream:

“The reality is that this is one of those moments where you’re forced to see that there can be sides to unfettered capitalism that aren’t necessarily going to align with your personal values and morals. Beam will have to be made in the United States to still be bourbon (and let’s not kid ourselves: Jim beam is bourbon for many people) which means that the more blue-collar production jobs probably aren’t going anywhere. Corporate structure in Deerfield IL may see a slimdown though. But there’s this fiction that people are selling themselves that is patently untrue – that Beam was somehow some sort of small, mom & pop cooperative and the benefits of Beam’s profits were seen in a big way by the average worker. The largest shareholders were institutional investors – Wall Street. Insider holdings of BEAM were comparatively small, and in the last two months, insiders sold 328,000 shares and only bought 12000. (27:1). “

For some, this still many not prove to be enough. Consider this: many of the iconic brands we know and love, things commonly thought to be synonymous with America, are no longer made here. So please continue to rant about only buying American made products, on your computer, which was probably not manufactured or assembled in America. Or better yet, do it on your smart phone. When’s the last time you checked on its manufacturing point? It’s the nature of the global economy. This acquisition should come as no surprise to anyone.

2. “The quality of the product will change”

As numerous people will stand up and attest to, Suntory has an excellent track record of premium spirits and like most skillfully crafted things coming from the land of rising sun, there’s a lot of pride in the quality of the products they produce. People reminisce about the good old days when items manufactured in America were made with pride. Those values never left Japan. The quality will continue to be high, if anything to keep from having to deal with a potential PR disasters. Anyone here remember the great Maker’s Mark Proof Switch of ‘13? And speaking of which…

Sorry, Joe Merica, Maker’s is part of the Beam Empire, and therefore is soon to be owned by Suntory. Try again.

Let’s take a step back for some historical context. Before the current bourbon bubble, before Pappymania and before Bob Ritchie was years away from endorsing Red Stag, the Japanese were already aware of bourbon’s potential both financially and aesthetically. Back in the ’80s the Japanese were quietly investing all over Kentucky: the Toyota North American HQ in Erlanger, KY and a new plant in Georgetown, KY being a prominent example. Japanese investors were involved in Buffalo Trace before it was Buffalo Trace, when people were satisfied with Ancient Age and Blanton’s was in its infancy. They were also in Lawrenceburg, figuring out how to improve and profit on Four Roses.

Again, the honorable Timothy Read from Scotch and Ice Cream:

It’s worth noting that the Four Roses renaissance of the last few years has been under the ownership of Kirin. It’s possible that the [Beam] product will change, and it’s possible the product will change for the better. It’s also possible that there will be a series of export-only bottlings (as you see with Age International’s Blanton’s offerings, as well as Four Roses Platinum) that are intended for a Japanese market. Remember, whisky is huge in Japan, and it’s possible Suntory simply wanted its own bourbon on the shelves alongside Kirin’s.

There’s always the possibility that Suntory will tank the quality of Beam, but it’s silly to jump to that conclusion. It also ignores that Beam has been reducing quality quite well – the Maker’s debacle, dropping proof on Old Grand-Dad and dropping age statements on Basil Hayden’s.

If all of this simply isn’t enough to sway you, then please start sending your bottles of Four Roses, Bulleit, and Wild Turkey over to Drinkhacker HQ. We’ll take them off your hands free of charge so you can remain guilt-free in your patriotic purchases. Because in case you didn’t know: Four Roses is still Japanese-owned, Bulleit is owned by Diageo UK, and Wild Turkey by Italy’s Gruppo Campari. Look out, ye who are filled with fear: we’re just one country away from the Original Axis of Evil reuniting and taking all of the bourbons away from us.

This merger hasn’t happened yet. There are still many hoops to jump through before the deal is sealed. There are numerous things that could derail this transaction. On top of it all: this whole transition
could take months, maybe even a year, before final. It’s still too soon. Anything can still happen, and it just might.

We beg of you: don’t buy into the ridiculous xenophobia certain spirit writers are trying to promote. You’re too smart a consumer to fall prey to such convenient jingoisms. As someone so eloquently put it on Twitter: if you’re not going to buy Beam, do it on taste.

(A very special thanks to Timothy Read from Scotch and Ice Cream for the engaging conversation and much needed dose of inspiration. If you haven’t already, you’d be well served to make his site a daily must-read) 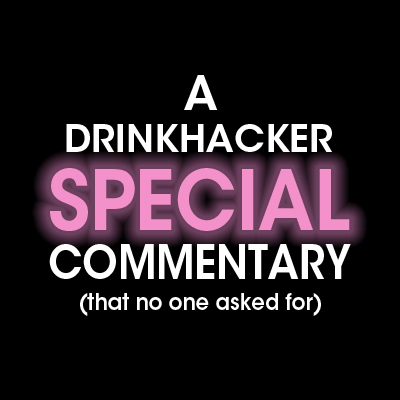 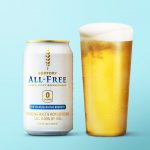