Hands on With Miller’s “Punch Top” Can 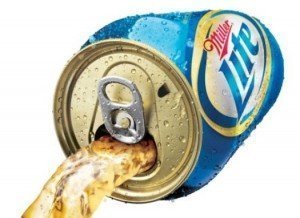 By now you’ve seen the ads touting Miller’s newest beer can technology: A little hole opposite the can’s mouth designed to prevent the “glug” effect, caused by air rushing into the can to replace the outgoing beer through the same orifice that the beer’s coming out of. Give air another way in — the way you do when you punch a hole in a can of tomato sauce or Hawaiian Punch (ah, the old days…) — and things go a lot smoother.

I tried out the can and it works as advertised. Don’t punch the hole and beer glugs out the way you expect it would. Punch it and the pour is smooth… and faster. You can see it for yourself in Miller’s own video (below). There’s no video trickery there. It really pours much more smoothly. The only real trick is figuring out how to punch the hole (Miller sent me a special device to do it but suggests you can use just about anything, even a carefully folded dollar bill if you’re in a pinch).

Now why would Miller do such a thing? Because they want you to have a cleaner pour of your beer, smoother, faster, and less messy. They absolutely, categorically, positively do not want to make it easier for these cans to be shotgunned. Period. 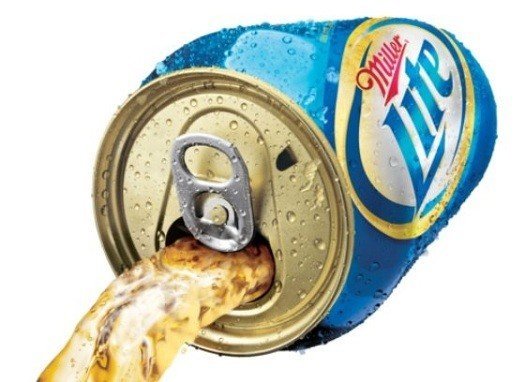