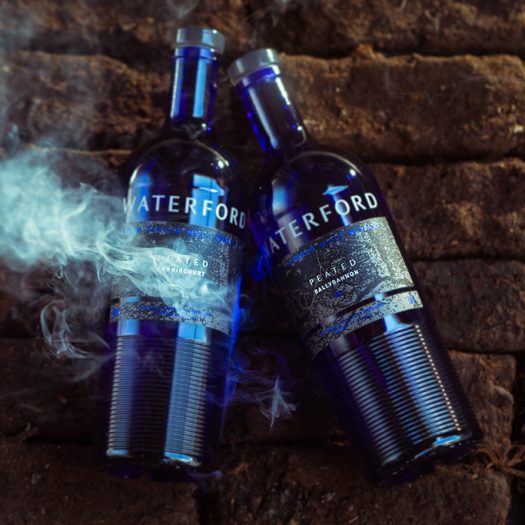 Waterford’s Single Farm Origin series is billed by the distillery as an “uber-provenance” range of single malts. When we first explored them back in 2020, they weren’t exactly uber, but their unique qualities were undeniable (whether terroir-driven or not). Since then, there have been so many of these Single Farm releases, we honestly haven’t been able to keep up. Recently, Waterford added two peated offerings to the lineup, which, while still technically single farm, sit inside the portfolio’s even more uber Arcadian Series, apparently owing to their unique malting. It all gets a bit confusing. We’ll let them explain.

Peated: Fenniscourt, along with its sister bottling Peated: Ballybannon, represents the first marriage of Irish barley and Irish peat in generations. Arcadian Barley, from our secret garden of delights, explores the natural flavours, intensity & honesty of old ways. This same diffused aroma cloaked barley dried over peat smoke by illicit distillers, a custom that died out in the 1850s.

The lush, inland terroir of Fenniscourt in Co. Carlow has been farmed by the Byrne family since 1870, its rich Elton Series soils nourished by the River Barrow. For this whisky, their barley was kiln-dried during malting by heat generated from sphagnum-rich peat from Niall Carroll’s cuttings at Ballyteige, Co. Kildare. The terroir’s character suited a medium peating intensity of 37ppm. Cask Composition: 33% First Fill U.S., 18% Virgin U.S., 20% Premium French, 29% Vin Doux Naturel.

Ballybannon in Co. Carlow could be the perfect terroir for growing barley for peating. Sitting on raised ground along the banks of the River Barrow, its heavy, lime-rich soils — archetypal Elton series — are directly adjacent to sphagnum-dense inland bog. Small wonder then that the Pender family’s barley and peat from Niall Carroll’s Ballyteige cuttings in Co. Kildare have proven such a natural combination. Such is Ballybannon barley’s natural affinity for peat, that we have been able to kiln-dry it to a high 48ppm and still find that the character of Ballybannon’s terroir itself remains the dominant flavour in the spirit. Cask Composition: 38% First Fill U.S., 21% Virgin U.S., 30% Premium French, 11% Vin Doux Naturel.

Got all that? Let’s dig in.

Waterford Peated: Fenniscourt 1.1 – The aroma is initially quite earthy and a bit herbal with notes of Play-Doh, wet soil, dewey grass, and dried rosemary. The smoke, mild and fragrant, evokes a mesquite wood fire, freshly laid. As it opens, notes of lemon peel, apple chips, and cream cheese frosting give things a surprisingly sweet dimension. On the palate, that sweetness conveys with notes of stewed orchard fruits, allspice, treacle, and honey candies. A mild, ashy element develops on the mid palate, not quite smoke but something singed, before giving way to torched citrus and dark cocktail cherry. The medium-length finish sees the fruity elements dissolve into biscuits and wet earth. For a young, peated single malt, there’s plenty to appreciate here. 100 proof. A- / $100

Waterford Peated: Ballybannon 1.1 – On the nose, Ballybannon (which is quite fun to say) presents a more classically peated experience than Fenniscourt with notes of salty sea spray and a smoldering beach campfire after a barbecue. A bit of cookie butter and lemon curd offer up some contrasting sweetness. The palate hits with an oily, peaty punch at the outset that coats the mouth, but things achieve a respectable balance rather quickly with sweet, buttery notes of apple pie and almond tart offering a nice contrast to savory baby back ribs and cigar smoke. The finish is warming with a sweet flourish of treacle alongside black pepper and a long, lingering ashy note. 100 proof. B+ / $100 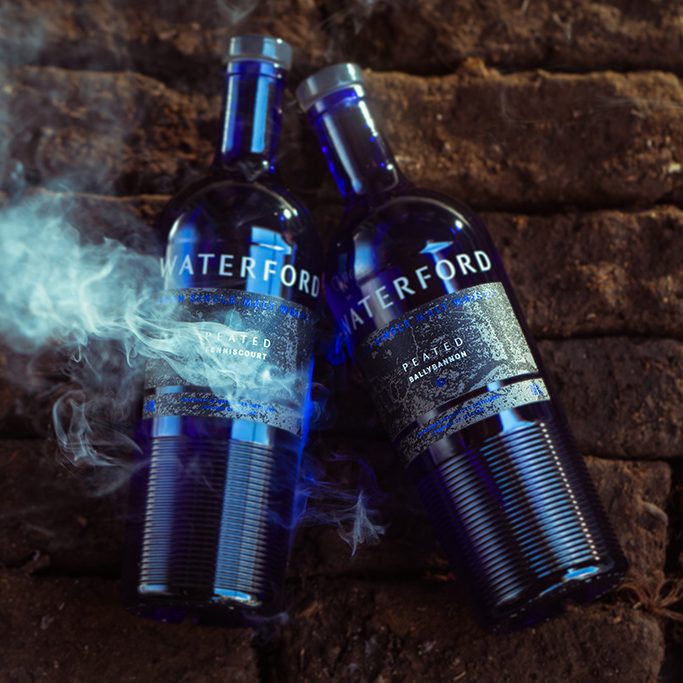