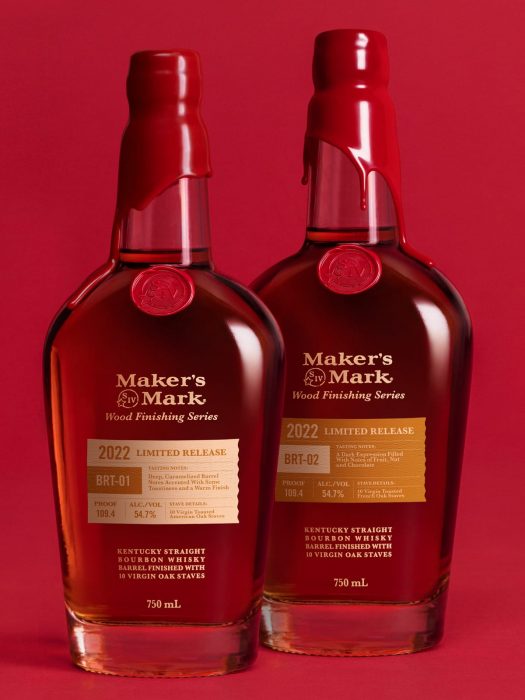 So, it’s not just warehouse location. There’s also some wood differential in here too (otherwise the “Wood Finishing Series” would not be very well-named, would it?)

We received samples of both whiskeys to taste side by side. Ready to give them a try? Let’s dive in.

Both are bottled at cask strength, 109.4 proof — which, actually, is not what one would expect given the warehouse location, as upper floor whiskeys tend to be higher in abv. I suspect these have actually been tempered with water to make their proofs identical.

Maker’s Mark BRT-01 2022 Limited Release – Incredibly engaging on the nose, with an immediate dark chocolate note and lots of vanilla. Huge wood influence, evoking apple wood smoked bacon at times. Surprisingly fruity on the palate, with a slick layer of baking spice, heavy on the cloves. The whiskey gets a bit beefy in time, which is a common experience with high-rick bourbons, the finish leaning on slightly pruny fruit, coming across as gently oxidized, almost Maderized, and backed up with red pepper and cinnamon. Fans of big boy, high-rick bourbons like George T. Stagg will find plenty of familiarity here — though this is bottled at a much more approachable and manageable abv. B+

Maker’s Mark BRT-02 2022 Limited Release – This is a quiet whiskey, and it feels much more like something that you’d expect to see out of Maker’s Mark than the rougher, tougher BRT-01. There’s still some chocolate on the nose, though here it’s more milk chocolate, almost pudding-like, than dark. Round and doughy, things get a bit spicier on the palate, with notes of nutmeg and clove emerging here again, and a dark brown sugar character really sweetening things up over time. While BRT-01 goes savory, BRT-02 goes distinctly sweet, pushing a lighter berry-driven fruitiness and some ginger-tinged Christmas spice notes on the finish. Much to my surprise, I found myself drawn much more to BRT-02 than the high-rick expression. Fun stuff. A- 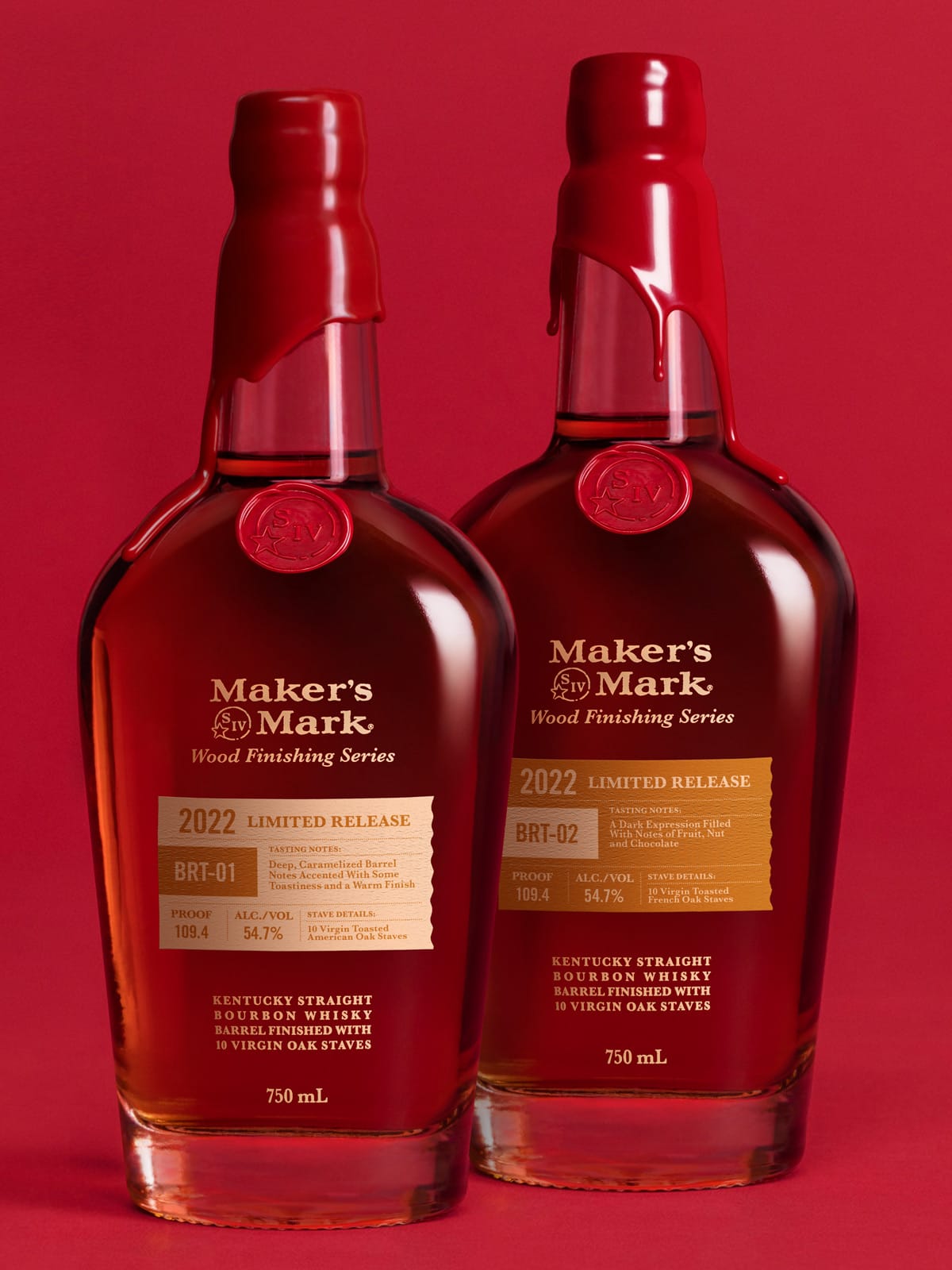 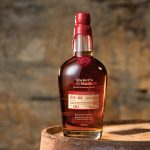