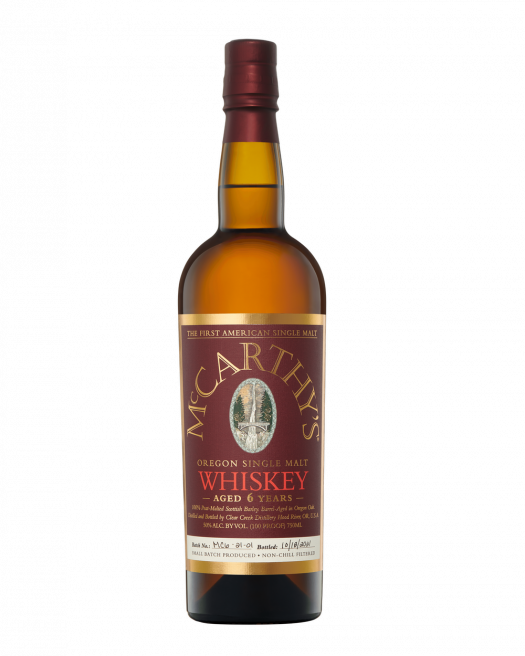 Oregon’s Clear Creek Distillery lays claim to distilling the first American single malt, way back before the whiskey boom was booming. Chris reviewed Clear Creek’s 3-year-old McCarthy’s Oregon Single Malt over a decade ago and praised it as “better than Lagavulin,” the Islay Scotch to which the whiskey is often compared on account of the fact that Clear Creek sources peat-malted barley from Scotland. Despite operating for more than two decades (with a change in ownership in 2014), the 3-year-old expression remained the distillery’s only single malt offering, leaving fans to wonder what more time in the barrel might reveal about this unique whiskey. Last year, they got their answer when a limited, 6-year-old offering hit the shelves. We received a sample of this new, older McCarthy’s Single Malt, as well as the younger original, affording us the opportunity to revisit an old favorite and see for ourselves what a little more time in the barrel has created.

McCarthy’s Oregon Single Malt 3 Years Old (2022) – Lagavulin remains a fine starting point by way of comparison, especially the distillery’s 8-year-old expression. But there’s still plenty to distinguish this one from that Islay malt. The richness on the nose is pronounced and buttery. Classic peat-driven notes of iodine, damp smoke, and soot are present, but they aren’t punchy, softly interlacing with notes of sweet cream and lemon zest. There’s a bit of salt in the mix but not much. On the palate, the whiskey remains clean and well-balanced with a honeyed, slightly citrusy quality that’s just as much a feature of the dram as its gentle smoke and ash component. The palate moves from silky to almost leathery on the finish with a mild, white pepper heat and subtle tropical fruit notes. Reviewed Batch No: W22-01. 85 proof. A- / $50 [BUY IT NOW FROM CASKERS]

McCarthy’s Oregon Single Malt 6 Years Old – The older McCarthy’s offering is the same small batch, Oregon oak-aged, non-chill filtered single malt as the original, just twice as old and bottled at a slightly higher proof. And that’s enough to change this one considerably. The aroma shows significantly less brine and smoke, but the barbecue is still there with notes of grilled peaches, burnt ends, and well-torched merengue. As it opens, a rich honey syrup quality develops, supplanting even more of the campfire. On the palate, a similar evolution has occurred. It’s richer and more rounded with a delightful oiliness and depth of flavor. Ripe nectarine and baking spice are balanced against a subtle char and pipe tobacco before a brief flourish of sweet campfire smoke on the midpalate erodes into a decadent, chewy finish of toffee and caramelized peaches. A totally different dram, and an exceptional one at that. Reviewed Batch No: MC6-21-01. 100 proof. A / $100 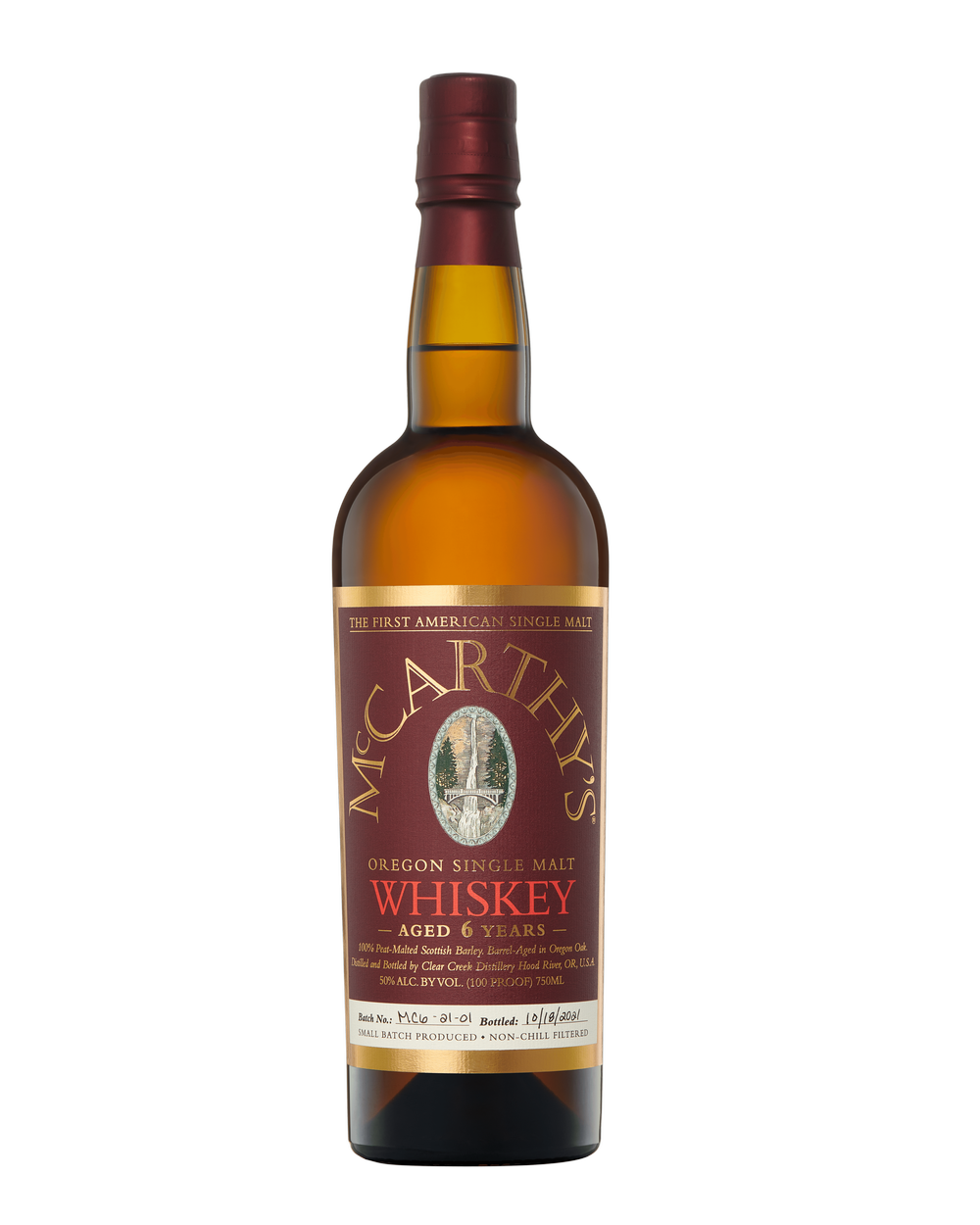