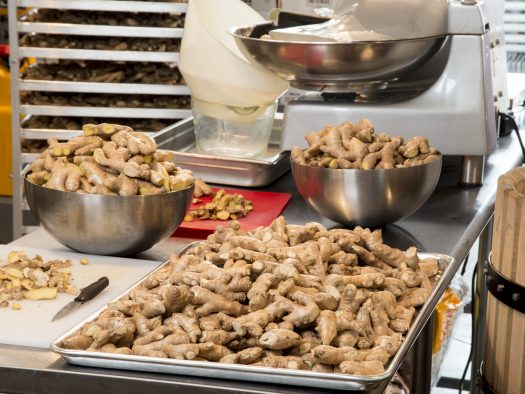 When Barrow’s Intense Ginger Liqueur opened a new Brooklyn distillery in May 2019, founder Josh Morton was adamant about creating a full bar and tasting room experience for visitors: cocktails, spirits served neat, seasonal specials, and even a full bottle shop.

But under New York law, virtually all craft distillers in the state with retail or bar operations can only sell spirits made with New York State agriculture. That’s less of an issue for facilities making a range of spirits. Barrow’s Intense, however, makes only one: their ginger liqueur.

So they got to work sourcing locally.

In the three years since, Morton and his team have built the world’s largest retail selection of New York State spirits by glass or bottle. That’s close to 200 spirits from more than 40 different distilleries across the Empire State, in addition to an extensive selection of New York beer and wine. 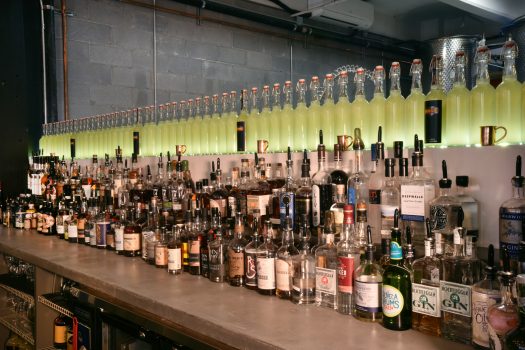 Proximity made some early brands relatively easy to source. Located in Brooklyn’s Industry City, Barrow’s Intense is one part of the complex’s “Distillery Row,” which houses several other distillers, brewers, and even a local sake maker. In addition, they’re located just a few miles from established producers like Kings County, Breuckelen Distilling, and New York Distilling Company.

Sourcing from other producers was a multi-year endeavor. As New York’s craft booze scene grows, Morton is constantly on the lookout for additional product from new distillers, brewers, and winemakers to add to their selection.

That push for diversity has allowed Barrow’s Intense to craft unique tasting flights visitors won’t be able to try anywhere else. The flights generally feature between four and six spirits in a given category, including whiskeys, applejack, vodka, absinthe, and gin. “Bourbon 101” is currently the most popular offering, while “Welcome to Gin” was popular enough to warrant its own “Advanced Gin” spinoff. 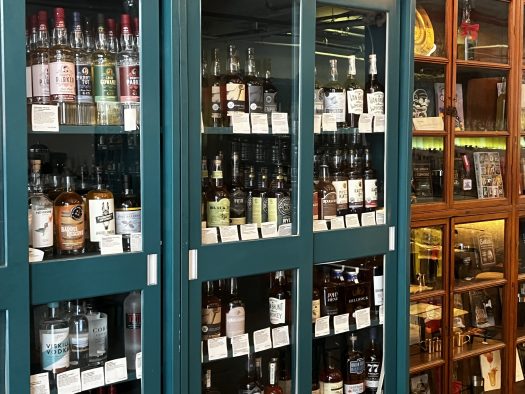 The tasting room features a rotating selection of around eight cocktails, all of which include ginger liqueur — and by law must only contain only spirits made with New York State grains, grapes, or other agricultural products. A frozen ginger mule headlines the summer menu, which rotates to hot apple cider in the fall. An “adult” iced coffee is on tap year-round. 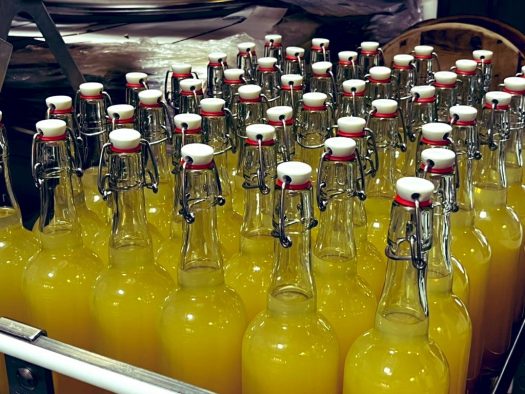 During Covid shutdowns, Morton’s team built a walk-up window facing an outdoor courtyard, where patrons could imbibe next to fire pits and picnic tables. Though indoor restrictions have since lifted, the window remains popular across seasons and is now a permanent fixture.

While good drinks are often enough to get customers in the door, Morton’s goal is to make the tasting room a full evening destination. To that end, they offer weekly arts and entertainment programming, including stand-up comedy, live music, Tarot readings, and even ghost story performances. 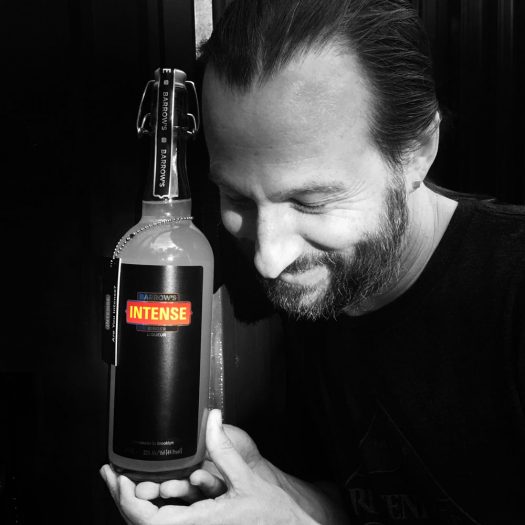 The rest of the distillery and tasting room’s physical space is also a work in progress. The team is installing a “new” backbar — in reality a refurbished piece from 1890 — in 2023, complete with a brand new layout that helps keep the bar and bottle shop separate from their distillery operations housed under the same roof.

The Barrow’s Intense Tasting Room is open from 12pm to 8pm Sunday through Thursday and from 12pm to midnight on Fridays and Saturdays.