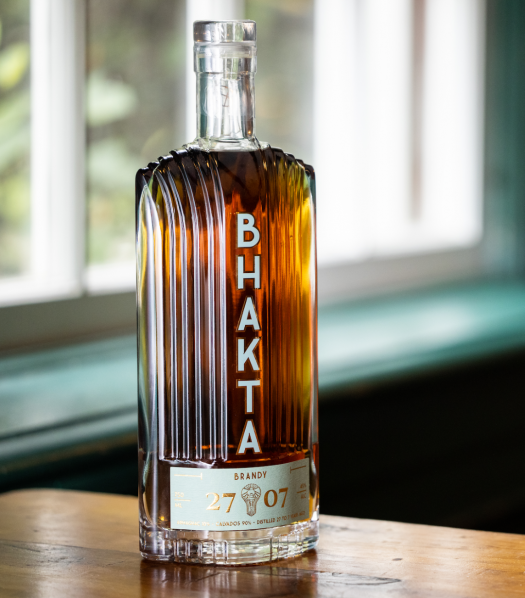 Raj Bhakta‘s eponymous brand tiptoes downmarket and sideways with the launch of 27-07, which adds Calvados to the mix, blending it with Armagnac then finishing it in Islay casks much like the original Bhakta.

While the 27-07’s intended age statement—7 years at its youngest, and 27 at its oldest—already placed it among the oldest spirits widely available today, its creation was the result of a blending mishap at Chateau BHAKTA in Condom, France, which almost cost our Cellar Master Giles his job. . . based on the vintages actually used in the blend, the true age of 27-07 is 18 at its youngest, and 49 at its oldest.

While we don’t know if “quality control product sampling” might have contributed to what we now call “Giles’ Folly,” we do know that the truth behind 27-07’s age statement is jaw-dropping. And since “The Frenchman’s Mistake” has robbed our cellar of some exceedingly old brandy, 27-07 will never be produced again—making it a legitimate collector’s item.

Cute story, but let’s see how a mix of apple brandy, grape brandy, and smoky Scotch comes together, shall we?

The Calvados character pops right away, and it’s a nice foil to the smokiness of the Islay cask, adding a bright apple — almost orangey — character to the nose. Hints of cinnamon and nutmeg give the brandy some nuance, with a more savory, oak-driven element adding some gravitas. The palate pops with fruit, the smoke here coming across like a mix of apples and stone fruit pulled off the grill, laced throughout with vanilla and caramel. The peaty notes slowly dissipate, leaving behind a pleasant and bright little fruit salad character, with apple, pear, and banana all represented, a beach campfire lingering in the background. Fun stuff. 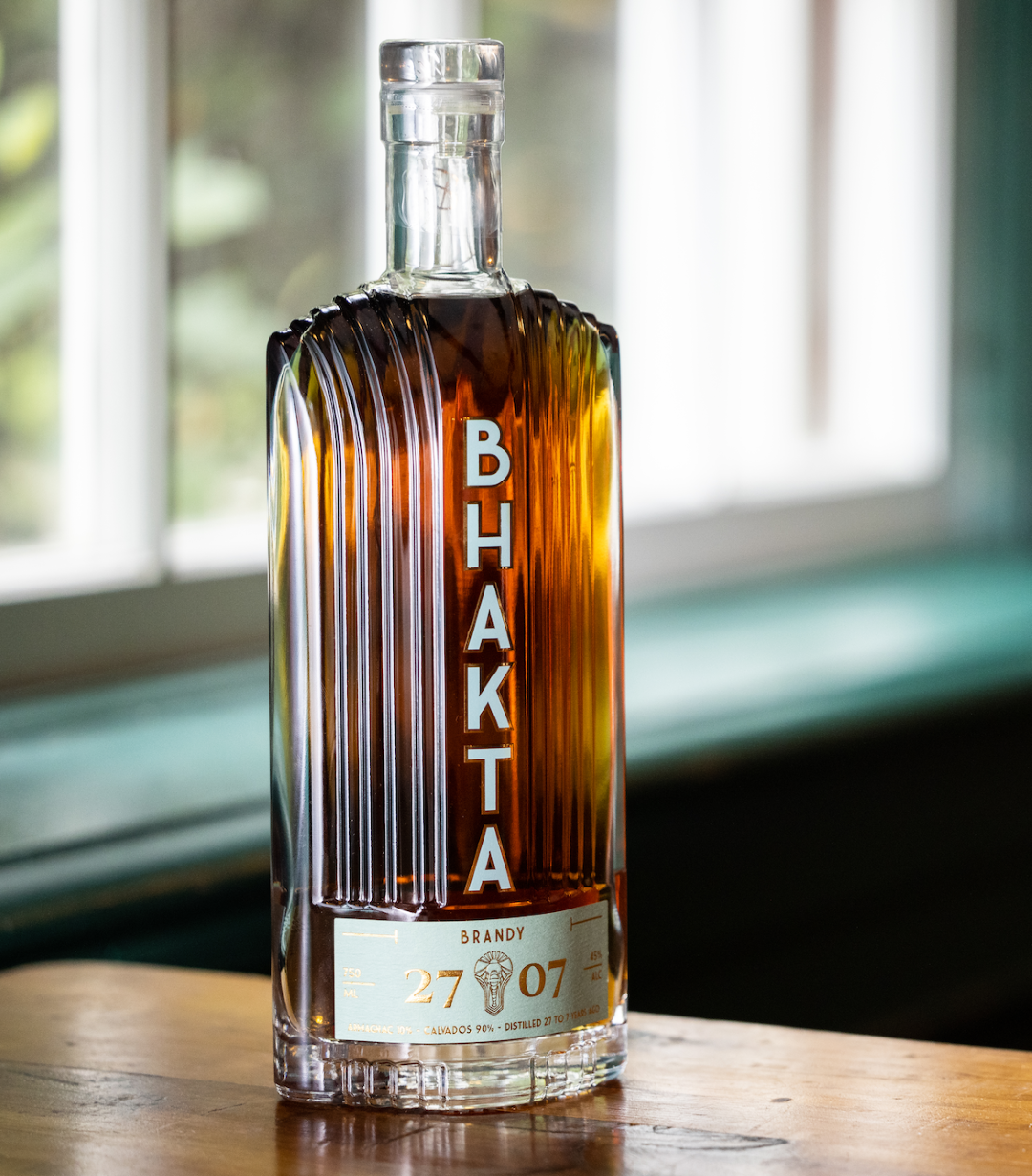