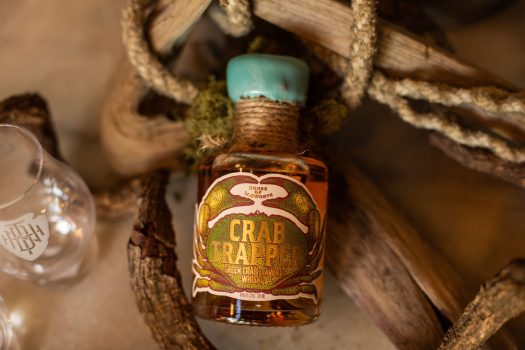 New Hampshire’s Tamworth Distilling is back at it again with another oddity: Crab Trapper, a bourbon-based whiskey “steeped with a custom crab, corn, and spice blend mixture, best likened to a Low Country Boil.” The green crabs used in the whiskey have an invasive species in New England for over a century, so using them for whiskey makes nothing but sense, right?

As with other Tamworth bottlings, we’re suspending disbelief and digging in. Here goes.

Like many a Tamworth whiskey, there’s something immediately weird yet somehow engaging with this experience. There’s a definite maritime character to the nose: salty and fishy, like shrimp or (more obviously) crab shells left overnight. The underlying whiskey is fortunately effective at tempering this to some degree, folding in vanilla, pepper, and oak notes, but that fishy Old Bay character is never far from the nostrils. The palate is even fishier. Here some baking spice notes hold initial promise, but notes of cinnamon and nutmeg — and some maraschino cherry — can’t quite stave off the hearty crab boil notes that soon come roaring back into focus. While a bit gritty with notes of pepper and leather on the finish, the drinker nonetheless can’t shake the feeling that they have a bit of crab shell stuck in their teeth that really needs to come out soon. 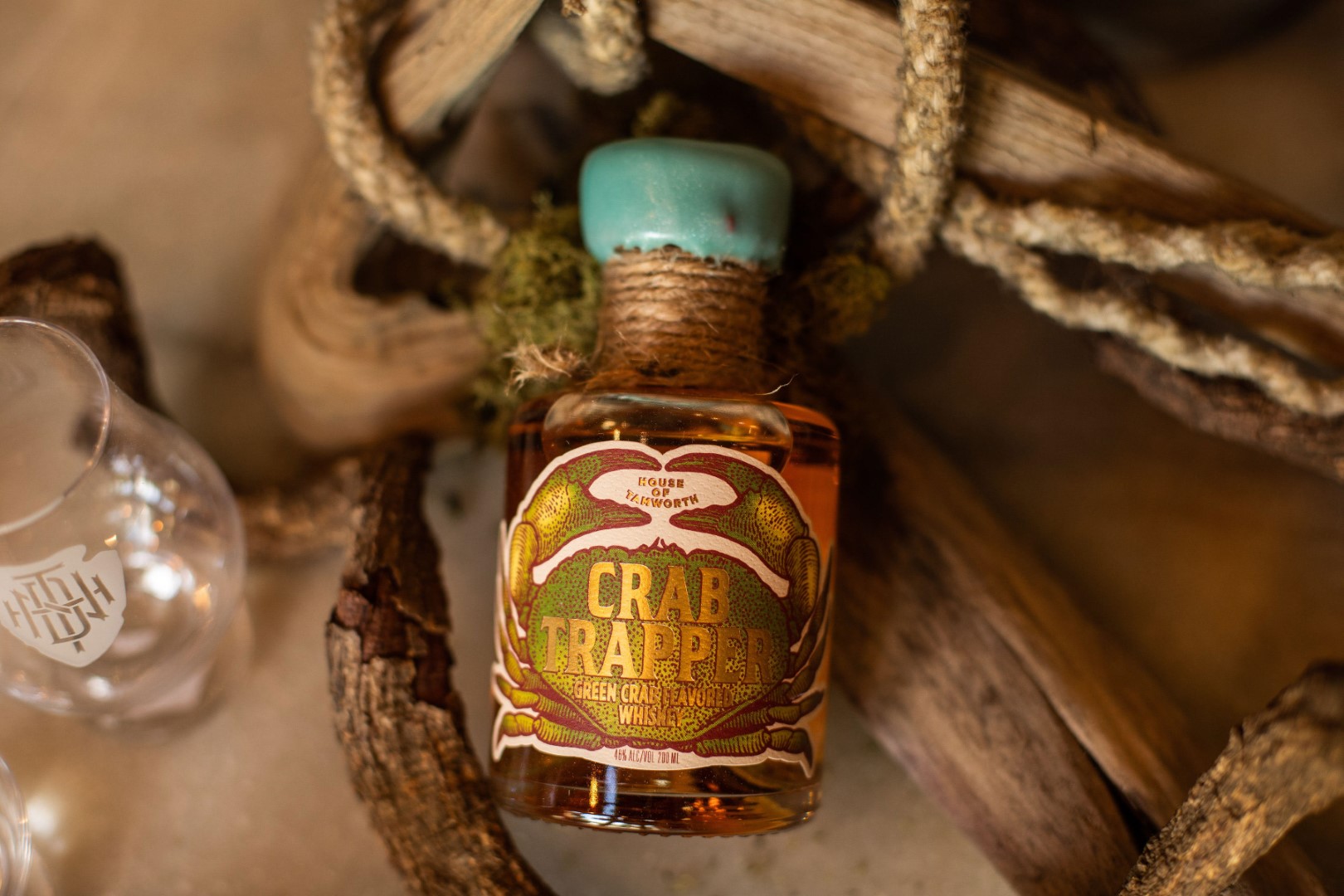