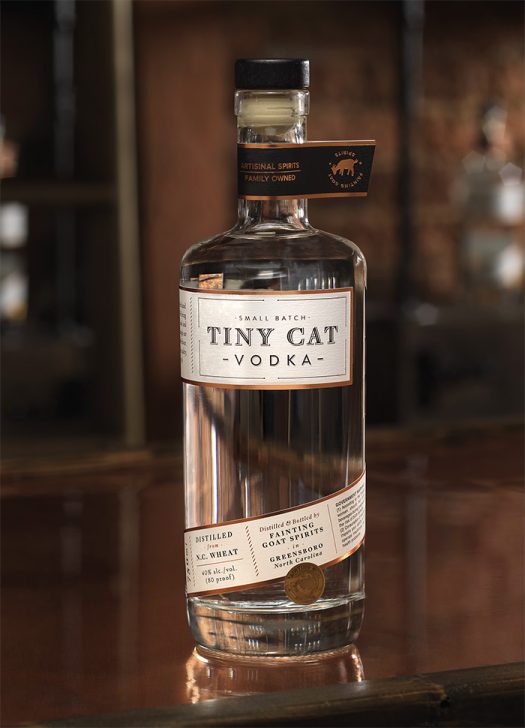 Fainting Goat Spirits in Greensboro, NC is named for, well, fainting goats. I didn’t even know that was a thing, but apparently the occasional goat is indeed myotonic, falling stiff on the ground when startled or frightened but quickly getting back up again. Their resilience and their oddity are both qualities the team at Fainting Goat claim to admire, so the unfortunate animal became a mascot for this grain-to-glass craft distillery. They source 100% of their grains from North Carolina farms, including soft red wheat, corn, and rye, to make rye whiskey, bourbon, and single malt, as well as two clear spirits. We’ll get to the whiskeys at a later date, but today, we’re taking a look at their vodka and gin. Thoughts follow.

Fainting Goat Spirits Tiny Cat Vodka – The unusual names continue with this vodka, said to be “quietly powerful” like its namesake. It is produced from organic wheat and double distilled through a 16-plate copper vodka column. The nose is pleasantly neutral without any of the Band-Aid qualities common to larger scale vodka producers. If anything, it’s a touch bready with a very subtle, doughy sweetness. The palate is soft and approachable with a modest, powdered sugar element and light body. The finish is clean with just a touch of white pepper. A quality cocktail base but a bit pricey for a craft vodka. 80 proof. A- / $30

Fainting Goat Spirits Emulsion Gin – Reportedly inspired by the best qualities of three different gin styles, this gin is made using the distillery’s vodka base and botanicals including juniper, cardamom, orange peel, lemon grass, and grains of paradise. The nose is a heavy, chalky bouquet that borders on potpourri with notes of cardamom pods, cinnamon stick, lemon zest, and pine sap. It’s bold but tolerable. The palate, however, is another story. The botanicals, immediately sharp and discordant, distract even from the quality texture of the wheat vodka at its core. Notes of bitter herbs, tart citrus, burned baking spice, and peppercorn are intense and never quite let up. It tastes like three totally different gins were indeed blended together here, and that is entirely too broad a brush to paint with. Back to the drawing board for this one. 91 proof. C / $33 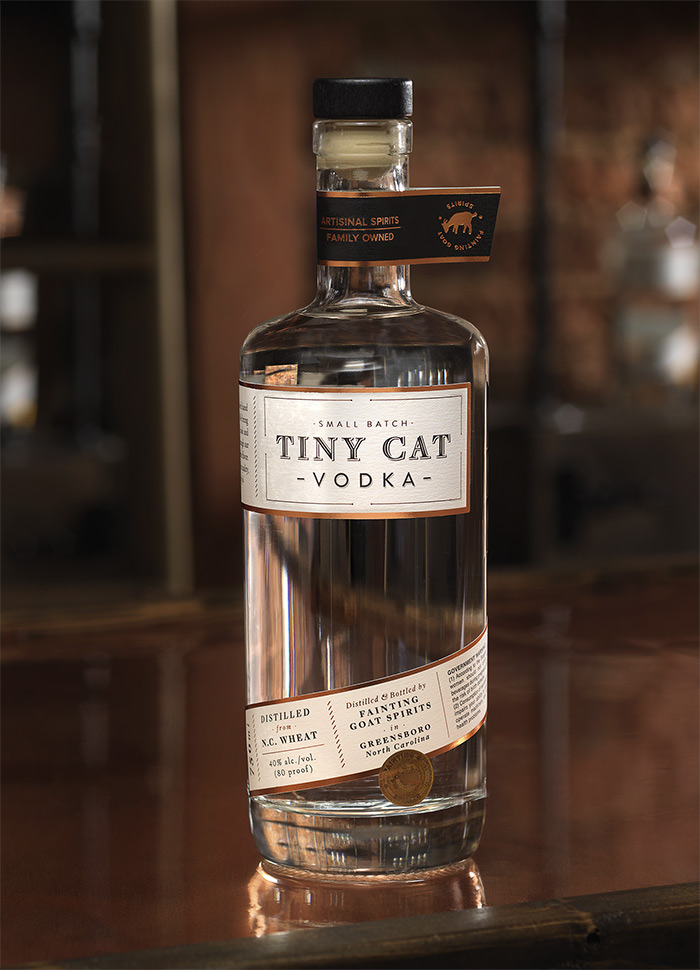