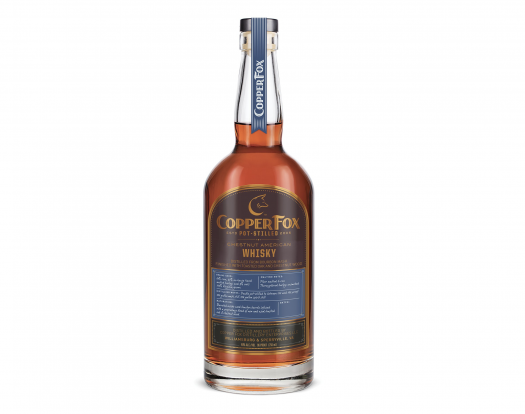 Virginia’s Copper Fox Distillery continues to innovate and broaden their portfolio. Over the last year or so this small distillery has expanded its single barrel offerings while exploring ever more interesting and unusual woods in their finishings. On top of that, for 2022 the distillery launched what it calls the Captain’s Club, a members only group of Copper Fox devotees that meet quarterly to explore some of the distillery’s more unusual and highly limited offerings. We’ll get to those in due time, but until then, we were sent over a recent single barrel of the distillery’s flagship single malt along with a recent “nutty” addition to the core lineup. Let’s check them out!

Copper Fox American Single Malt Single Barrel – Single malt was the first whisky Copper Fox’s founder, Rick Wasmund, ever made, and it remains the distillery’s flagship offering. While a few finished single malts have been bottled over the years as single barrels, the distillery only just began selecting original, unfinished barrels for release. This whisky is made from 100% Virginia-grown barley malted with applewood and cherrywood smoke and barreled in ex-bourbon casks with a progressive series of seasoned new and used applewood and oak chips. The aroma alternates between a savory layer of new leather, olive brine, and campfire smoke and a sweeter dimension that showcases ginger snaps and clover honey. The palate is medium-bodied and spicy with cracked black pepper and a bit of hickory-smoked bacon. Notes of candied pineapple and grilled peaches add a layer of contrast but don’t overtake the sultry, wood-fired quality at its core. The lingering finish finds a nice, warming balance of sweet and spice with notes of birch beer and cinnamon toast. Barrel AB-427. 96 proof. B+ / $65

Copper Fox Chestnut American Whiskey – Copper Fox continues to push the envelope with their whisky creations, using different woods in both their traditional malting process and their finishing. The latest example of this is one of the most unusual yet. It’s made from a mashbill of 64% corn, 27% hand-malted barley, and 9% oats, again all grown in Virginia. It was aged in ex-bourbon barrels and infused with a proprietary blend of toasted oak and chestnut wood. On the nose, this one is light and sweet with warm Snickerdoodle cookies, roasted nuts, and a bit of maple syrup. The palate is equally gentle at first with a creamy body and a buttery sweetness. Notes of nutmeg, cinnamon, ginger, and even a bit of sweet potato build into the midpalate, calling to mind the dessert table at Thanksgiving. The generous finish offers a subtle warmth with lingering notes of sticky toffee pudding and a bit of pipe smoke. Dangerously easy to drink, especially for those who love a good helping of baking spice in their whisky. 96 proof. A- / $50 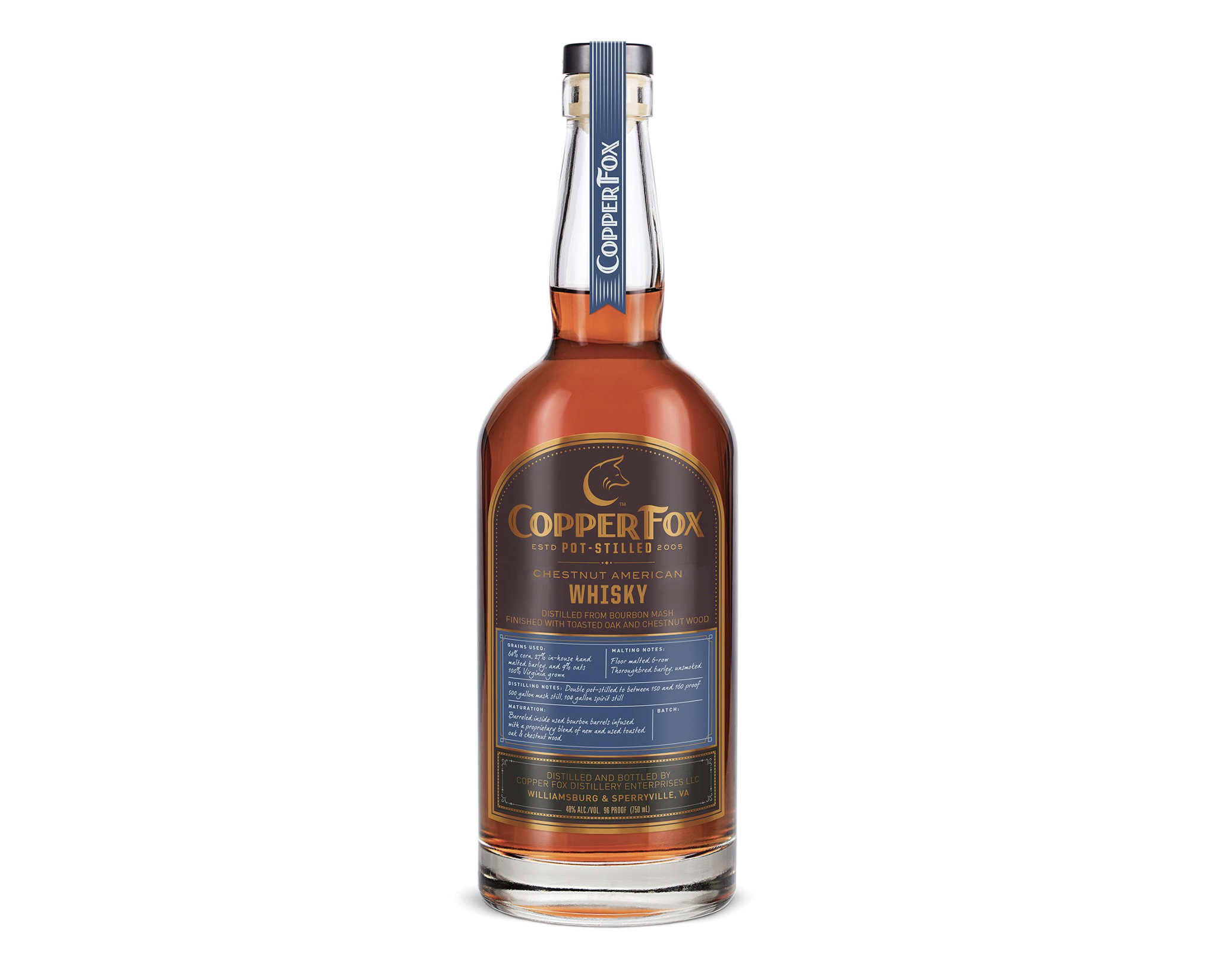