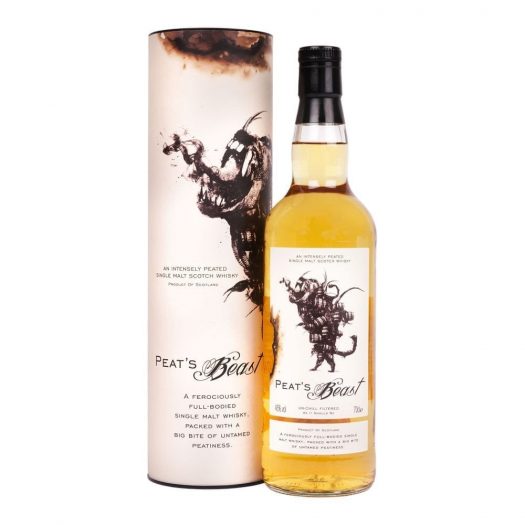 Young and heavily peated whisky is always a curious experience, combining the double-edged brashness of smoky peat with not-yet-matured spirit in the hopes that two balance each other out, at least to some degree. Peat’s Beast is released by an outfit called Fox Fitzgerald, and it offers no age statement or really much else in the way of production information. For that matter, it may not even be from Islay. Only with its 25 year old expression does Peat’s Beast indicate that whisky’s source.

Anyway, with what little we know, let’s give this whisky a whirl.

On the palate, things shift minimally, but in the direction of fruit — particularly as the whisky develops in glass. Notes of apple, touched with vanilla caramel, are effusive — but soon extinguished by a blast of smoke, here lightly maritime in tone, eventually evoking a campfire quality. Peppery on the finish, but otherwise fairly quiet.

It’s an interesting diversion for peat freaks, but it’s nothing worth seeking out — particularly given its difficulty of sourcing in the U.S. 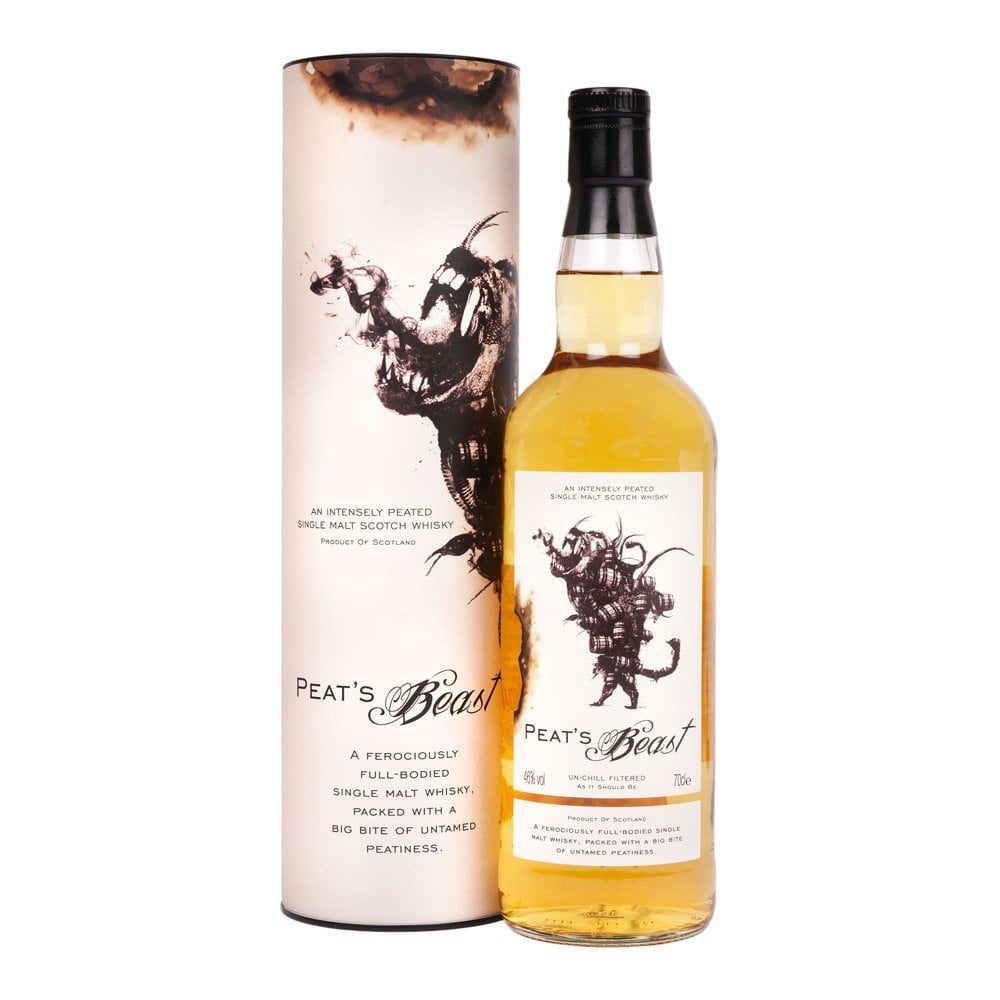